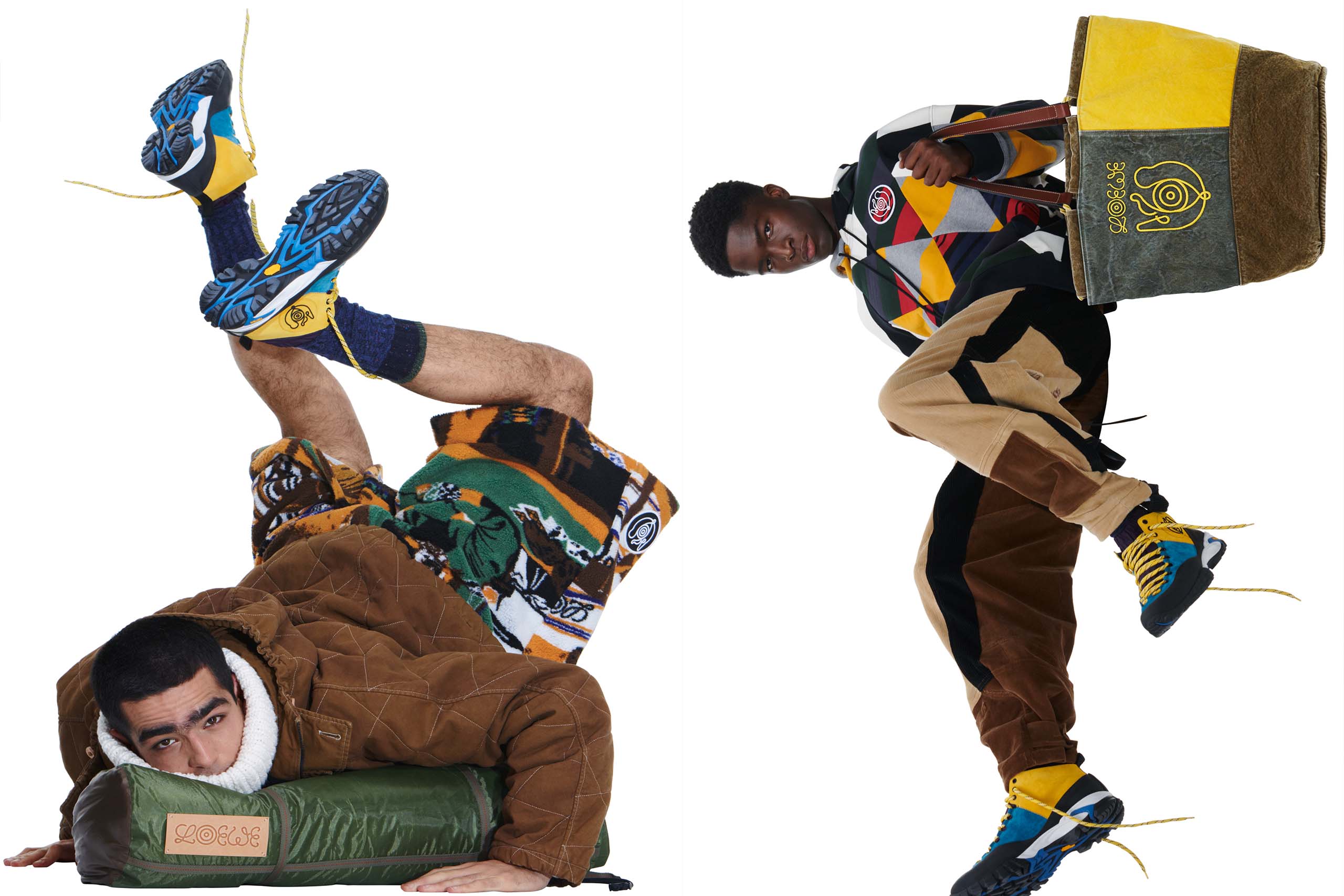 Loewe finds a different way of channeling the natural world in a new campaign for the latest installment of its Eye/Loewe/Nature series of collections.

Design-wise we can see that creative director Jonathan Anderson and the crew at M/M (Paris) is having a ton of fun with these special collections (this one also features heavy use of upcycling), and it translates to the campaign. While previous campaigns have appropriately emphasized the nature connection, this season’s film sees its protagonists exploring an urban jungle. An energetic soundtrack that combines post punk and hip hop pulses away while dynamic cinematography captures the assertive, athletic movements of these characters as they prowl the streets of their city.

The photographic portraits echo this dynamic energy. A plain white background puts the focus on Anderson’s eclectic, 90’s influenced designs and maximalist styling, while the models are captured in the middle of expressive movements that use their whole body.

At once focused and eclectic, and bursting with energy, the campaign does a great job in emphasizing the dual wearability of the collection in both style and practicality.