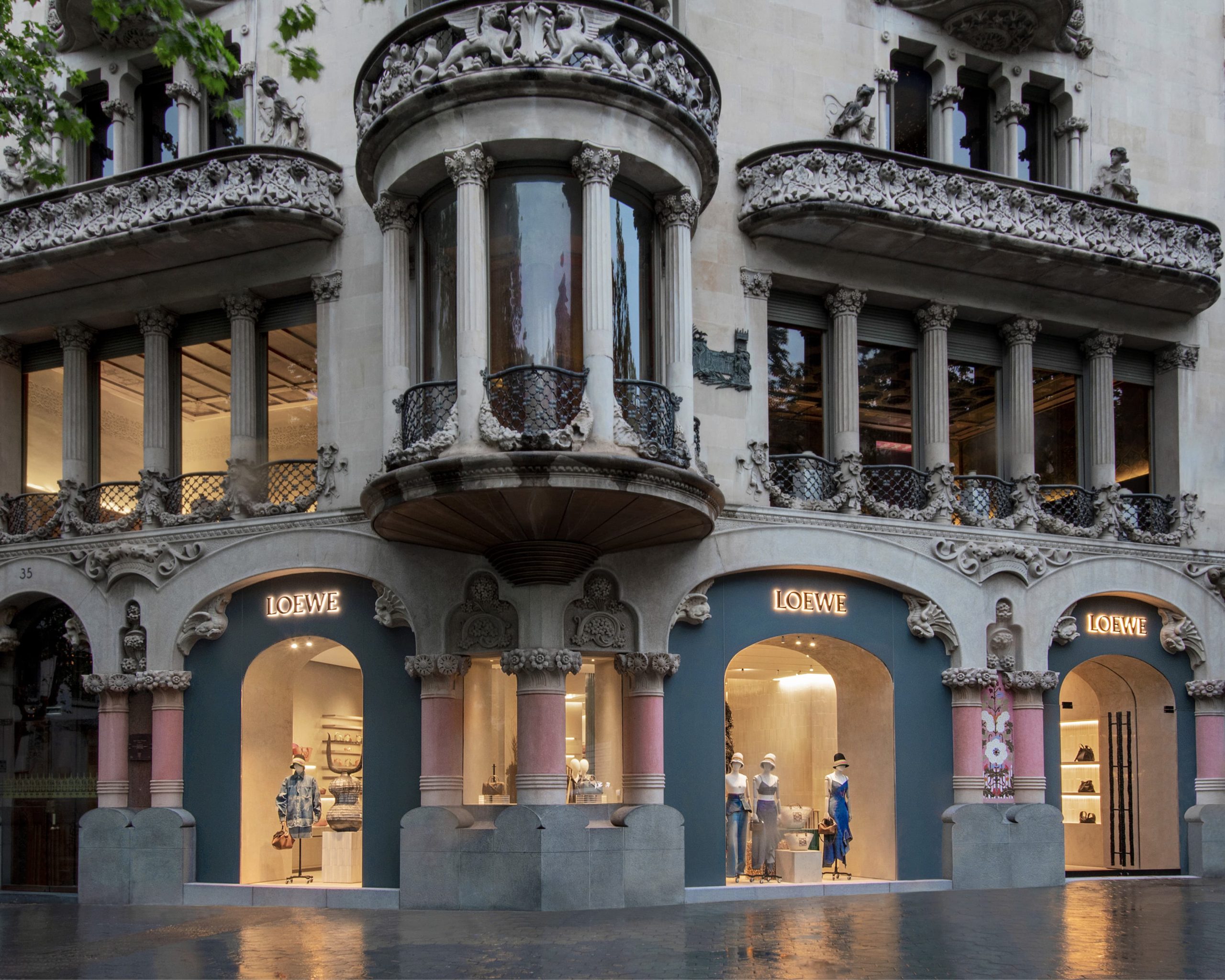 Loewe will reopen ‘Casa Loewe’ Barcelona on Paseo de Gracia at the heart of the city’s high-end fashion district, the latest in a series of global hubs designed to showcase the brand’s ongoing commitment to craft, art, and design in a carefully curated environment. Led by its Creative Director Jonathan Anderson, Loewe has undertaken an extensive reimagining of its iconic flagship space in Barcelona.

A place of luxury, intimacy, and culture, Casa Loewe Barcelona has been designed to evoke a gallery, with works from Loewe’s art collection interspersed with Loewe products, alongside new specially commissioned installations for the store. Its home in Casa Lléo Morera was designed by Lluís Domènech i Montaner, one of the world’s most famous Catalan Moderisme architects. The original ceilings, some with intricate gold-leaf detailing, have been rediscovered and preserved during the renovation process with respect for the traditional legacy of the building.

Casa Loewe Barcelona will feature stunning installations by artists, including Tanabe Chikuunsai IV, whose large-scale site-specific sculpture built from bamboo will be a focal point. A large-scale macramé structure by Catalan artist Aurelia Muñoz will hang from the ceiling on the lower floor, and the dramatic black Dangling Hairy Hug by Haegue Yang will share the entrance with Richard Wright’s stained-glass window. Anderson has also selected eight ceramics by Pablo Picasso and a four-part folding decorative screen by Marc Camille Chaimowicz. These artworks will be joined by sculptures from artists across diverse mediums, including Richard Tuttle, Zizipho Poswa, and Takayuki Sakiyama, a Loewe Foundation Craft Prize finalist in 2021. Each piece has been carefully placed to add a sense of discovery as people move through the space.

Contemporary furniture will be dotted throughout, including John Allen rugs, Utrecht chairs by Gerrit Thomas Rietveld, tables from Alex Vervoordt, and small ceramic buckets by Loewe Foundation Craft Prize finalist Tomonari Hashimoto. Antique furniture will be integrated throughout, including a rustic low table and rare-boarded stool, both from the 16th century, sharing space alongside a William Birch oak armchair from 1905. The staircase railings throughout the store will reference William Morris’ Arts & Crafts designs.