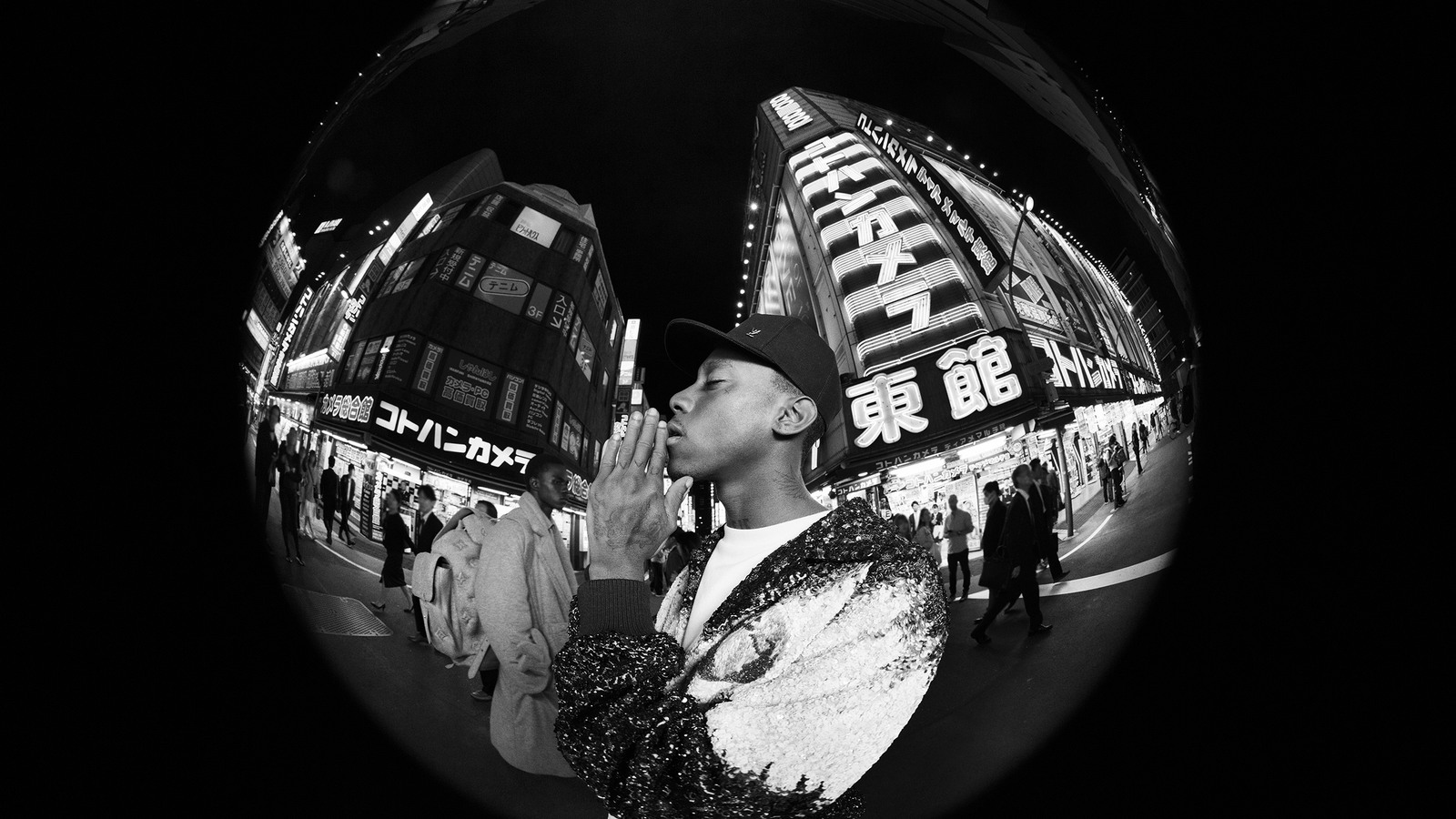 The beauty of our world is captured in an incredible amount of ways. Through the work of artists and designers, the world’s complexities are explored and displayed for all to see. Some of those displays are distorted. And some distortions are the most compelling of representations. Through the lens, the fish-eye lens of photographers Inez & Vinoodh, Louis Vuitton Men’s Artistic Director Virgil Abloh has visualized the narrative of his new Fall 2019 campaign (in its first installation). The campaign takes us to Japan, but gives us the whole world in doing so.

Virgil Abloh found inspiration for his recent pre-collection in Japan. Although Japanese script may be unfamiliar to some, city-scapes and bright lights are cherished in many countries. Documentary style shots of cluttered city life juxtaposed with serene and isolatory Japanese gardens works as a tool for Louis Vuitton—a tool that nominates the brand as ambassadors of social and cultural awareness. The fashion becomes inclusive, and the wearer becomes a member of Louis Vuitton’s marketing team.

The Louis Vuitton team describes the collection as having a spirit of ‘futuristic nostalgia.’ How can you miss something that’s yet to happen? Louis Vuitton has shown us that anything is possible. Though their Fall 2019 campaign, they have manipulated time and space, and have us at The Impression patiently waiting on where they’ll take us next.