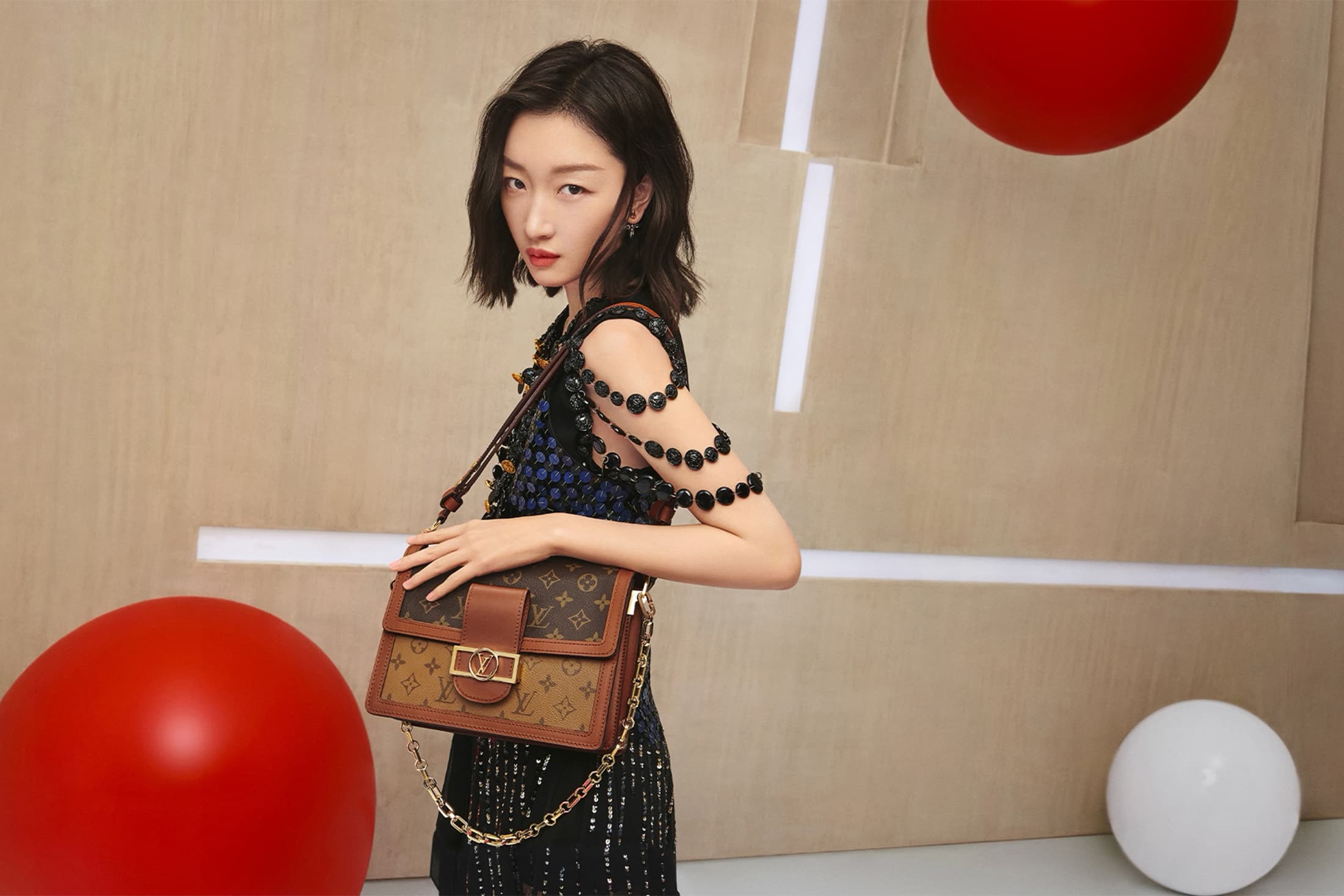 Taking a similar point of departure as Coppola’s recent Holiday campaign film for the maison, the short film begins with an iconic piece of Louis Vuitton history, a suitcase. The signature clasps and monogram open up to a world of celebration, an angular and contemporary interior space where red lights flash and revelers celebrate the wonder of the new year.

Unlike many of their peers, Louis Vuitton did not create a capsule collection for the Year of the Tiger (other than a few accessories such as silk scarves), and instead used the opportunity of the Lunar New Year campaign to highlight giftable pieces and party-ready evening wear from its already-existing collections. While the resulting campaign is festive, it feels a bit too abstract to capture the unique character of the new year, and lacks the visual energy and impact that many other Year of the Tiger campaigns have drawn out of their corresponding collections’ bold, feline-focused designs.

The focused imagery is sure to bring a nice visual purr to Louis Vuitton’s digital channels, but we wish we could have seen the house roar.