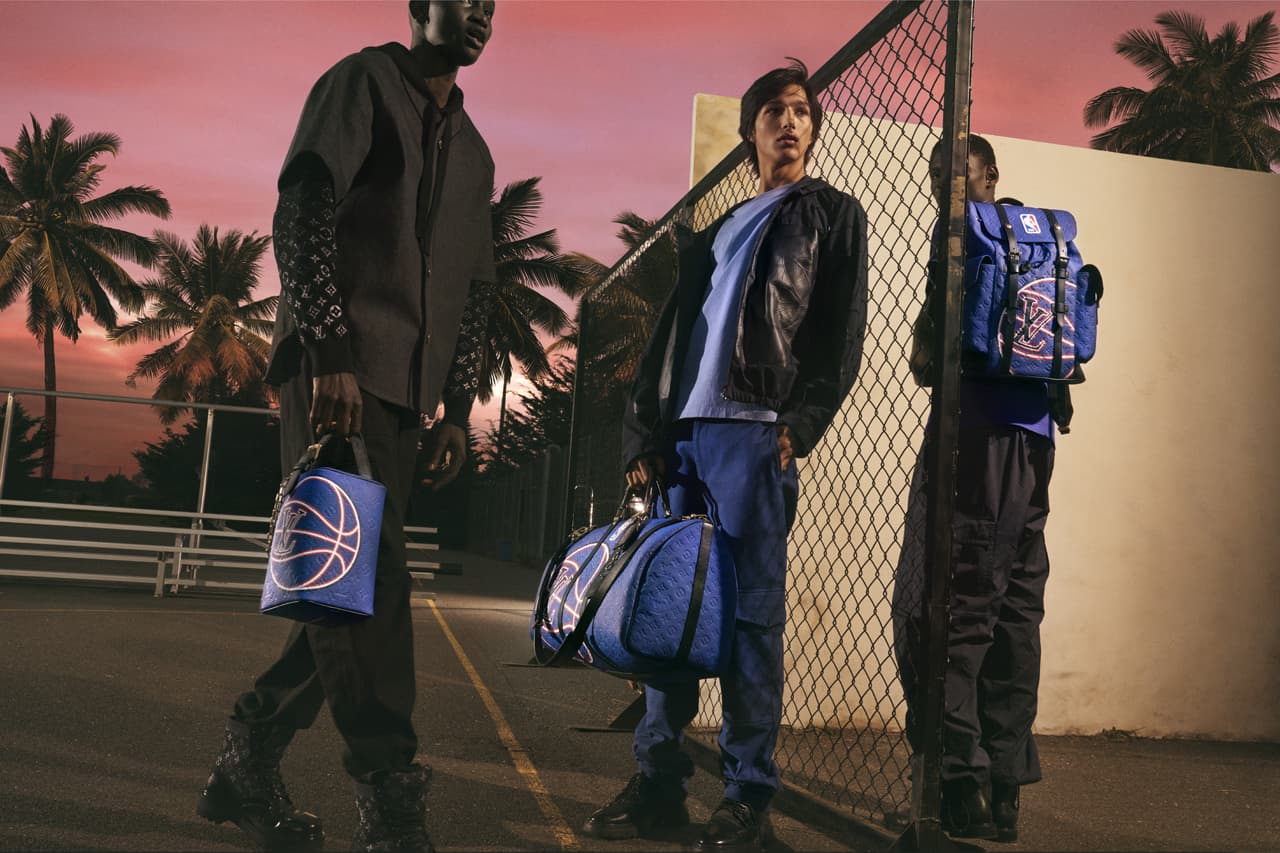 Louis Vuitton celebrates the launch of its third collaborative capsule for the NBA with a new campaign captured by photographer Ewen Spencer.

Initially launched under the creative direction of Virgil Abloh, the collaboration between the Parisian maison and the NBA is now in its third year, with this campaign celebrating its third release. The collection includes the newly designed official travel trunk for the league’s Larry O’ Brien Championship Trophy.

Spencer’s imagery finds his young protagonists hanging out after a game of streetball in a set illuminated by pink sunset skies and palm trees.