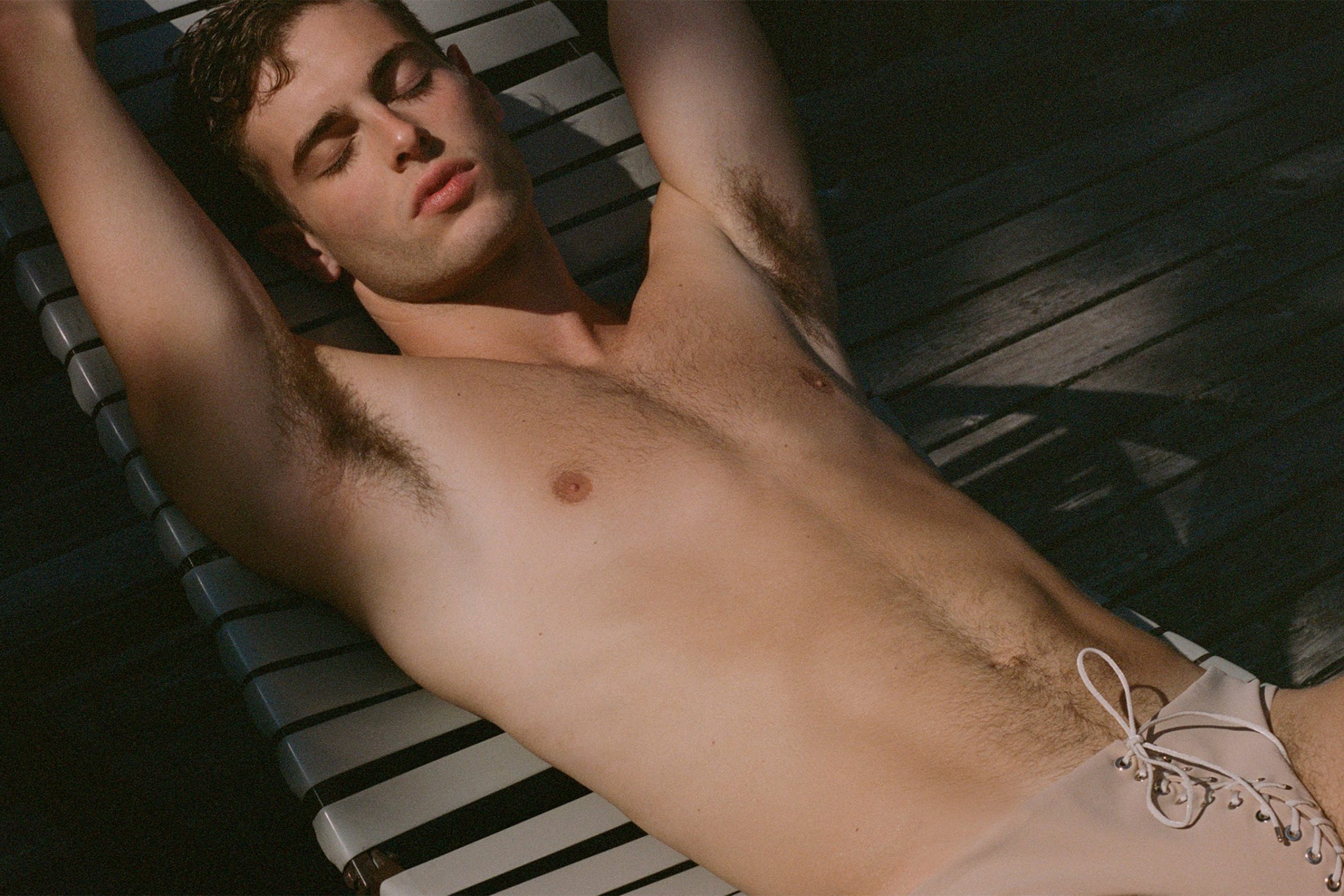 The new swimwear campaign from Ludovic de Saint Sernin is dripping with sexiness.

In the few years since founding his label, the young French designer has always been impressively direct in his emphasis on and appreciation for the body. His designs embrace sensuality and sexuality through exacting construction in direct conversation with the human form. With its extreme reverence for male beauty, the new campaign is no exception.

Photographer Thomas Giddings captures angelic model Nicolas Wright as he lounges poolside. Giddings captures him in both color and black-and-white, making sensitive use of light and shadows to frame the elegant contours of his body. Wright is overpoweringly beautiful: we feel almost as if we should not be looking at these images, as if we have stolen a glimpse of some ancient god who has deigned to take human form and put on an adorable speedo. And then he takes it off…

Aside from being delightful in its gorgeous depiction of a gorgeous person, the campaign is a subtle exploration of gaze. How does it feel to look at someone? Why do we desire simply from seeing? Can the act of seeing be exploitative? The campaign raises these complicated questions while also assuring us that they are natural, are part of the beauty and complexity of having a body. It is impressive that a campaign which is so direct about being simply sexy can also feel so confrontational and impactful.