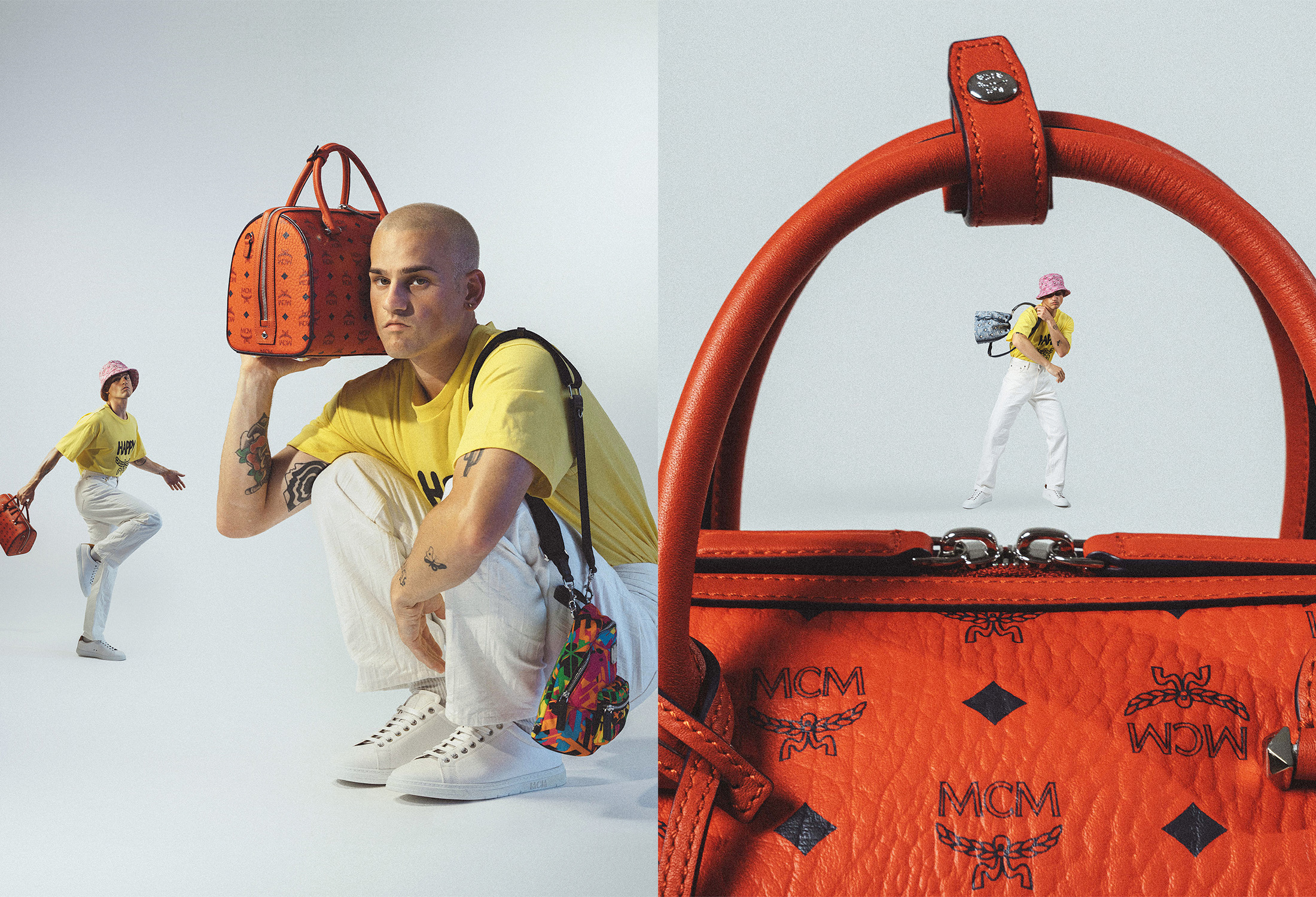 MCM teams up with innovative fashion creative Everett Williams for a special capsule collection in honor of Pride month, which is captured in a playful new campaign.

A much-watched creator on TikTok, Williams studied at the Parsons School of Design and subsequently worked on the menswear design team for Marc Jacobs, and has since nurtured his own styling aesthetic through a bevy of digital editorials on his own social media accounts. This collaboration with MCM is his first.

For the project, Williams chose a range of signature bags and accessories and reimagined them in colors across the rainbow, embodying the vibrant and inclusive message behind Pride. A percentage of the proceeds from the collection made in-store will be donated to LA Pride, a leading LGBTQ+ non-profit championing equity, diversity, and inclusion in Southern California.

This project has been a dream of mine for a while now. Partnering with a brand that has values similar to mine and supports the LGBTQ+ community means everything to me. It is so heartwarming when a project comes to life naturally, and everyone has support and respect for one another’s views and ambitions, and that’s exactly what happened here.

The collection is celebrated in a simple yet fun campaign starring Williams himself, who poses portraits that make creative use of perspective and styling to express the idiosyncratic energy of the star and its infusion into his collaborative design work.

While Pride capsules and campaigns are de rigueur in today’s world of fashion marketing, MCM puts a smart spin on it by partnering with a creative whose digital presence intertwined with and admired by the community this collaboration celebrates.