Your Ad Campaign Doesn’t Belong on TikTok, But Your Brand Does – Here’s How 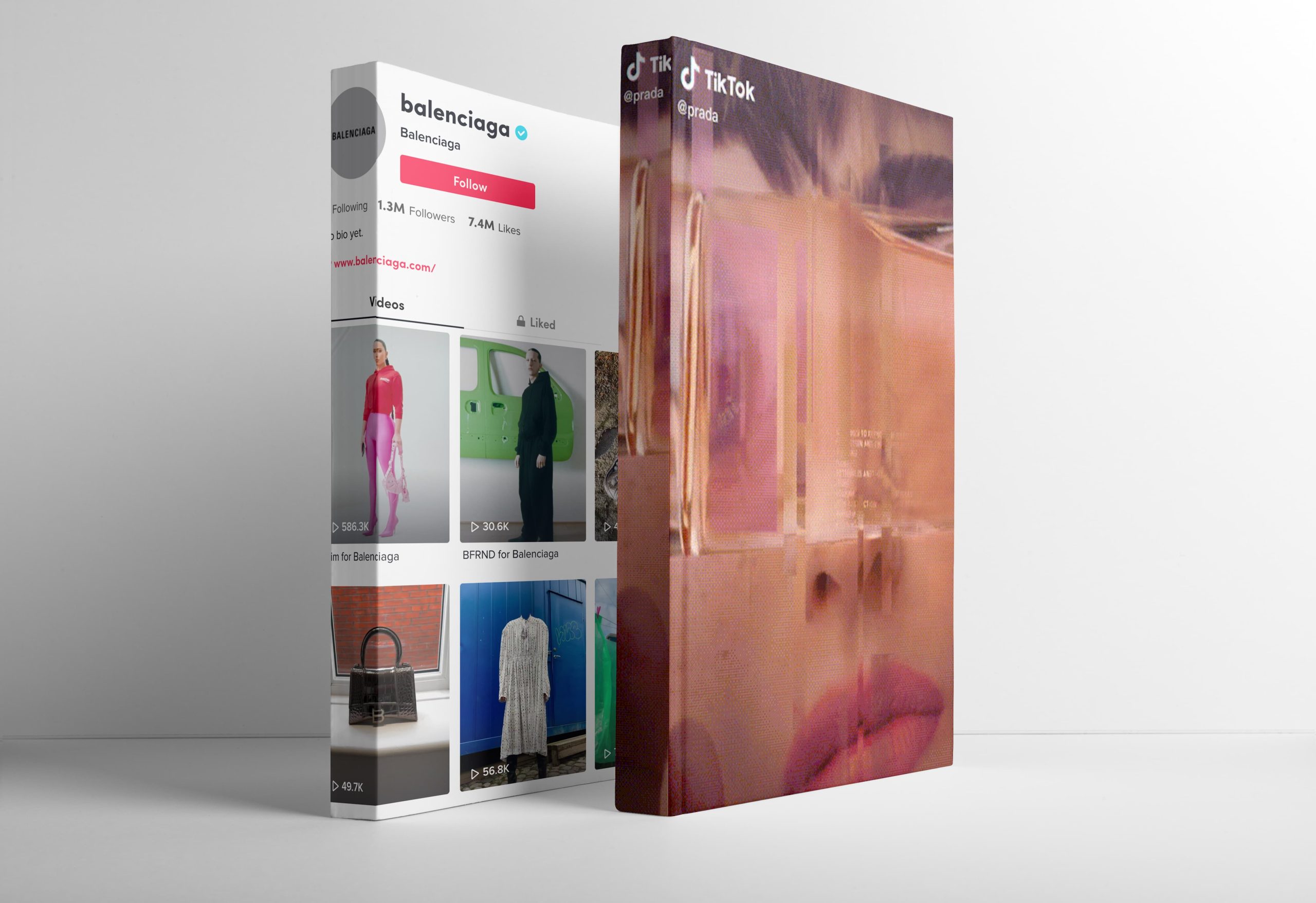 The Rise of TikTok’s Democratic and DIY Style Has Left Traditionally Polished Fashion Marketing in the Dust, but Offers Exciting Opportunities to Capitalize on its Unique Form of Communication

TikTok is inescapable: with over one billion users on the app by the final quarter of 2021 – a number which is expected to grow to 1.5 billion by the end of this year – a significant majority of whom are members of Gen Z, the video platform is dominating the media intake of young people. With its unique sense of directness and decentralization, much of the content on the app is characterized by rapidly shifting trends, which can arise from nowhere, and disappear just as quickly.

Trends are often led or initiated by influencers, but the social strength of the platform is that everyone can get involved – it feels purely democratic.

Yet for the same reason, the app presents unique new difficulties for advertisers. While on crisp and clean Instagram a highly produced, a good-looking ad is sure to get a lot of clicks, the same ad on TikTok might have the opposite effect. The high-budget visuals would feel like a glaring offense among the user-created videos’ homegrown candidness; zoomers would instantly know they’re being advertised from a level that seems to claim to be elevated and distinct from their own and quickly scroll away in disgust.

Brands need to understand that TikTok is not a traditional social network, where a brand opens a channel and tries to add followers,” says Quynh Mai, founder and CEO of Moving Image & Content, a creative agency that focuses on digitally native platforms and storytelling. “Instead, it’s an AI-driven content platform, where content is delivered to users based on their interests. That said, brands need to create storytelling that aligns with their customers’ actual interests in order to cut through.”

DIY or Die: While a highly produced, high-fashion fantasy is right for Instagram and magazines, the same ad would feel out of place on TikTok. Instead, creators need to embrace its user-generated, lo-fi style.

Don’t Fear the Algorithm: While TikTok’s content is certainly generated by individual creators, what users see is not determined by who they are following, but rather AI that delivers content based on user interest. Leaning into the algorithm with hashtags and trends is key to getting views.

Get Creative: It’s still important to create storytelling that breaks through. Though the user-generated content and algorithm are still needed to reach viewers, videos need a strong message or perspective to truly connect.

The challenge for fashion brands, then, is to create content that exists genuinely within TikTok’s sphere of DIY, individual-led creativity. How can the image of a luxury fashion brand – in traditional ad campaigns so highly produced and focused on creating a fantasy – be incorporated into TikTok’s endless stream of home-cooked reality?

The solution is to unthink the traditional approach to campaign production and to meet the platform and its trends on their own terms. Embrace TikTok’s most distinct features as tools for communication: the handheld, front-facing camera and surreal editing, the unboxing and makeup tutorial trends, the blurring of boundaries between created content and personal life, the many hashtags, the flow of the algorithm.

The unboxing video is an excellent way to leverage influencer status and established platform trends. Unboxing videos are already very popular on TikTok, ranging from tech to toys to beauty products. Brands can give an influencer early access to their season’s star bag or shoes, which will then be revealed – via the influencer’s own platform and style of content creation – before a virtual audience of potentially millions.

This type of collaboration is also a smart way to translate the image of a brand – which in traditional ad campaigns is often expressed through fantasy – into a more grounded reality, while still maintaining an aura of exclusivity.

The same goes for tutorial videos, which offer a particularly strong opportunity for makeup and beauty. Brands can collaborate with one of TikTok’s popular amateur makeup artists, providing them with a set of beauty products but giving them free rein to create their own look, thus leveraging their talent and visibility while meeting viewers at an honest level of user-generated content.

Tiktok users are not used to seeing overly produced content on the platform and retreat when they see stylized content. Fashion brands need to embrace authenticity and a user generated content-style of storytelling to even capture the viewer’s attention.”

Beauty offers a relatively low investment when compared to ready-to-wear pieces or accessories, but the same approach can be taken with stylists: give a selection of style influencers a star piece and create organic content that shows how it can be incorporated into eclectic but authentic wardrobes and approaches to personal style.

Moving Image & Content’s recent partnership with Prada offers a convincing case study for this approach. This past Valentine’s Day, the agency partnered with Prada to challenge TikTokers around the world to “rethink love” as part of a campaign for the house’s fragrance Prada Candy. MI&C activated a diverse cast of 12 TikTok creators to respond to the prompt through their own approach to vivid storytelling and creative editing. The campaign received over 17 million views and boosted visibility for #PradaCandy by 900 thousand views.

The success of this case study is also connected to another essential tool in effectively utilizing TikTok as a marketing platform, its use of AI to determine the unique stream of content which is individually tailored to each user. According to TikTok, “The system recommends content by ranking videos based on a combination of factors – starting from interests you express as a new user and adjusting for things you indicate you’re not interested in, too.”

The use of hashtags and partnering with diverse influencers made the Prada Candy initiative more likely to fall into more users’ “For You” page – while they may not be explicitly interested in fragrance or fashion, they may have a connection to a certain influencer, visual trope, or idea from a certain video.

Thanks to its AI-driven format and distribution, TikTok also presents an opportunity to reconsider the impact of more familiar content like the live streaming of a runway show. While a brand might invite an influencer to a fashion show, who would then post or live stream every aspect of it in much the same way that happens with Instagram influencers, the way content lives on TikTok means it reaches viewers in a completely different way. The algorithm-driven platform means that users see content that aligns with their interests – often from creators they don’t follow and haven’t seen before – rather than exclusively seeing content from creators they follow.

If a brand streams a show on TikTok – or, better yet, invites several influencers or creators to stream the show, thus creating more connections – the stream has the potential to be seen by many viewers who otherwise would not.

But of course, just using hashtags and being on trend isn’t enough; like with any campaign or communication, it’s essential to create content within these forms that actually connects with viewers. Certainly, this can be as simple as having good designs, so that the pair of shoes that comes out of the box in an unboxing video is a good one. But the strongest creative visions on the platform blend TikTok’s unique formats and strengths with their own.

Balenciaga is a striking example of TikTok success. The house has brilliantly leveraged the platform through the creation of its own dedicated channel. While an occasional upload will feature clips from a recent runway show, the house has developed its own creative language that feels perfectly tuned into the TikTok zeitgeist while reflecting a character that is distinctly it’s own. Surreal and stylish, the brief and usually wordless videos form a rabbit hole of digital strangeness and signature Balenciaga’s aloof coolness down which is a delight to get lost. Turning with lo-fi cheek the vertical camera onto the models, stylists, designers, and more that make up the cultishly cool Balenciaga extended family, the channel feels both like a cohesive ongoing project and a collection of individual videos that would fit right into a TikTok user’s daily scroll.

Creating well-thought-out, catchy content that appears effortless and off-the-cuff is certainly a tall order. But TikTok’s rise is another in a series of challenging yet exciting changes to which creatives have had to adapt: digital media revolutionized print; social media revolutionized digital media. The formats change, but the opportunity to create a distinct image using pre-prescribed tools remains the same. We are already seeing that it’s more than possible to create a distinct brand vocabulary within the existing language of TikTok. We look forward to seeing brands and their creative champions further unlock the platform’s exciting potential.