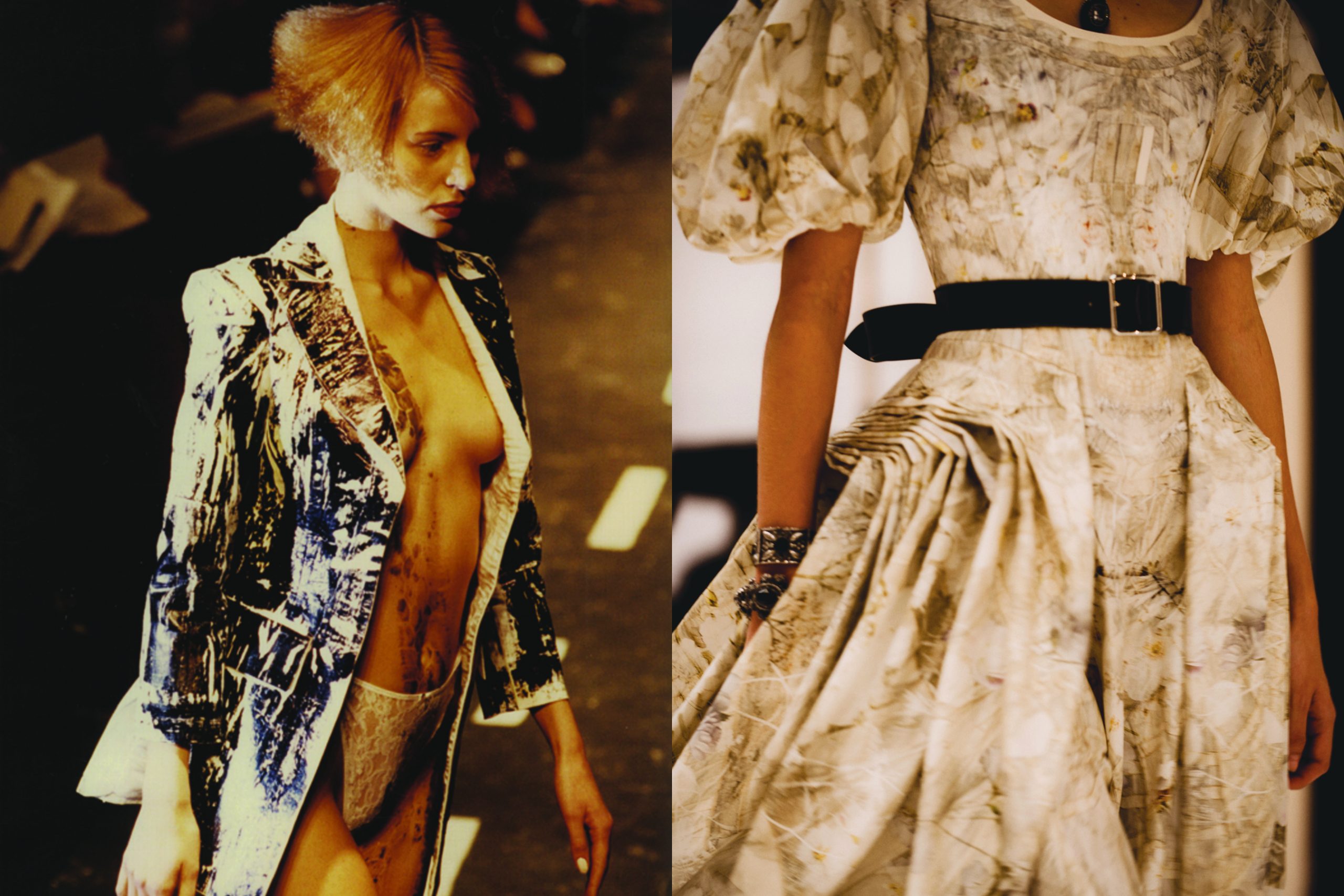 The first in a series of short films released by Alexander McQueen on YouTube and Instagram, ‘Print Creation with Simon Ungless’ provides a behind-the-scenes look at the creative process. Ungless was a friend and collaborator of the late Alexander McQueen, and created extraordinary prints for the house’s collections and fashion shows including ‘The Birds’ and ‘Dante’. The short film was shot during quarantine at Ungless’ home studio, and the brand’s followers are encouraged to photograph and share their own creations on Instagram by tagging @AlexanderMcQueen#McQueenCreators.

Ungless is currently the Executive Director of the school of fashion at the Academy of Art University in San Francisco, and the film features a demonstration of silk screen techniques used to create prints with lace and vintage garments from the Victorian era. Subsequent short films in the #McQueenCreators series include ‘Drawing Silhouettes with Howard Tangye’, whose drawings formed the basis of the brand’s AW20 menswear thistle print, and ‘Bee embroidery with Aneliya Kyurkchieva’, who is a member of the Alexander McQueen Embroidery Team. The idea for the film series sprung from a conversation between Ungless and Sarah Burton, Creative Director of Alexander McQueen, and was conceived as a way to continue engagement with the McQueen audience during quarantine.

The #McQueenCreators films are successful in their quest to engage, by providing inspiration and insight into the manifold ways artisans create and collaborate. This first film featuring Ungless will surely become a fan favorite, due to his pleasing accent, patient tutorial method, and the instant gratification of his screen-printing process; the brand has hinted that more instructional videos featuring Ungless and his printmaking techniques might be coming soon. In the meantime, other short films in the series with artists such as Tangye and Kyurkchieva continue to capture the magical experience of creation. Along this line of thinking, it seems important to note: Spring is the season of new life and new creation. Therefore we at The Impression see this as the perfect time to get inspired and get creative, and we look forward to enjoying additional chapters of #McQueenCreators in the coming weeks.