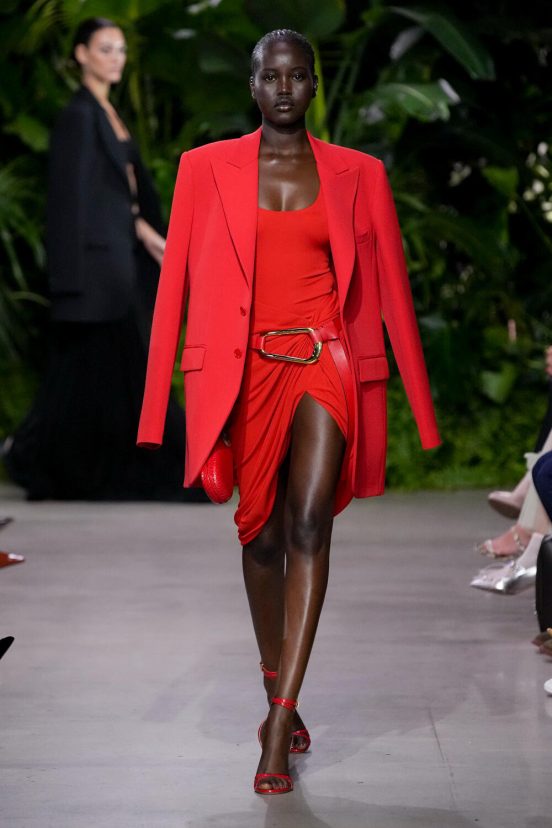 The polished jet-set life lives on

With a nod to Halston, there were sharp-shouldered jackets flung over matching blouses or turtlenecks and sinewy dresses and skirts with low-slung amoeba-buckle belts.

There are many different ways to look rich these days. Here are 5 of them.

A red jacket over a red dress could start a five-alarm fire. Another must-have was his sexy sarong dress which came in electric green or black and white with fringe.

Kors owns the Palm Beach – Park Avenue style axis. He’s one of America’s biggest tastemakers. When he became a star on the TV show, Project Runway, the world got to discover and share in the design genius of Kors, his cashmere-lined womb of wealthy, refined style with a whiff of sexuality thrown in.

Who wouldn’t want to look like this? Everyone wants to represent  success. And wealth.For a longtime in society, this is what rich looked like. This one thing. But there’s been a sea change just in the last few years.

There are many different kinds of luxury and many different ways to express it. There was a time when there was but one or at most two. Now, Palm Beach and other traditional bastions of wealth, are tiny specks in the expanded universe of style  (which is only going to get bigger with the metaverse). Pockets of customers are everywhere.

The world has opened up to social, cultural influences. A hallmark of the times is cross pollination and lack of borders. Boundaries, yes, borders no. There’s so much more exposure to different styles, cross creation, intermarrying and people travelling into each others worlds whether that’s by foot, plane, train, car or via the digital highways. I’d love to see how Kors might apply some other influences to his designs in the same way some other designers steering large global brands do.

My bet is his customers, though not expecting it, would come along for the ride. It’s not that radical an idea. This is what the company did with the accessories to a large extent, and they are a runaway success. The same could happen with the clothes, not a revolution but a subtle evolution which Kors is more than capable of if he has the mind to do it.