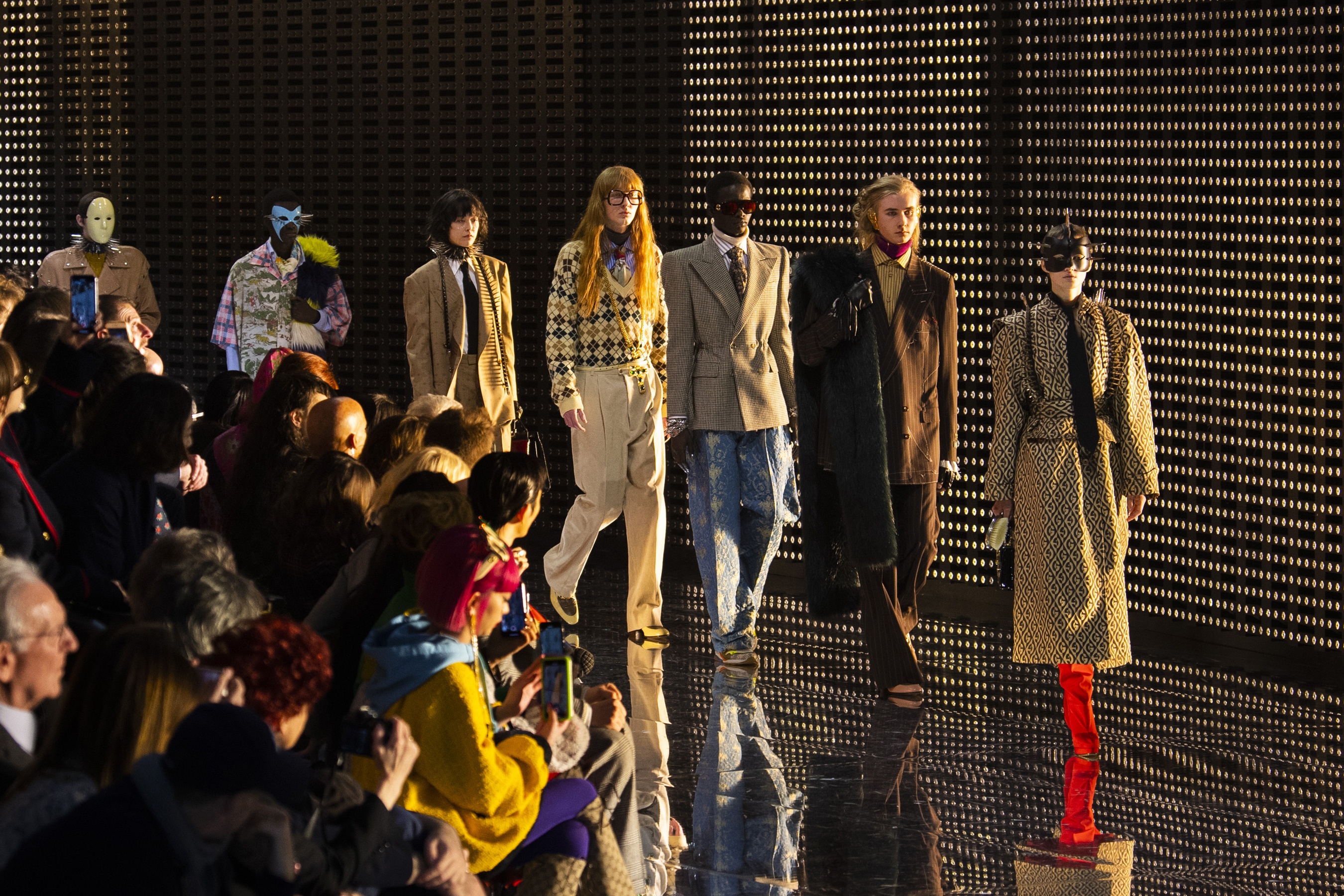 For Fall 2019 Milan represented both final bows and grand .

The fashion industry bid a sad farewell to Karl Lagerfeld whose final collection hit the runway after 53 years at Fendi. It was classic Karl, hitting all the high notes of the house from monogram to high collars and reminded us all how he will be missed.

Daniel Lee’s debut at Bottega Veneta was a stellar breakout performance. Throwing caution to the wind the designer gambled with chunky blocks and masculine textural elements that won big. His collection set a new course for the house, one of progressive design married with classical elegance and represented what many design houses should look for in bringing in a new creative, finding one who isn’t handcuffed by the brand and isn’t afraid to change things up dramatically.

Paul Andrew too took his first walk down the runway after being named lead Creative Director at Salvatore Ferragamo. While he started in footwear and hasn’t quite hit a powerful design stride for , he has taken tremendous steps in the right direction bringing leather in stunning colorful earth tones for the house and cracking our top 10 for Milan. We look forward to see what is to come from his next collection.

Giorgio Armani returned to form by narrowing the color palette to a collection he entitled ‘Rhapsody Blue.’ The result was true blue Armani and a reminder of why he is a fashion great. In addition, rather than his traditional 150 looks the designer settle on ‘less is more’ this season which made for a stronger collection overall.

Antonio Marras continues to charm as always with another artisanal collection while Prada and Tod’s remained stable and strong fixtures. Max Mara revisited their archive and came out with their strongest collection in years.

Gucci returned to Milan after showing in Paris last season which wasn’t the only changeup as Creative Director Alessandro Michele charted a new course for the house of sending out clean tailored three-piece looks with an air of sophistication. The cleaner silhouette was refreshing and reminded us that Gucci house codes included a quality tailoring which will expand the horizons of their new customer and likely return some to the fold.

Overall Milan was more mature this season with the additions of Bottega Veneta and Gucci back to the calendar and the city felt less moderate which is what we long for from Milan. Thankfully their quality make is being coupled with design innovation and we look forward to seeing where they take us for 2020.

Here are The Impression Top 10 Milan shows of Fall 2019 as selected by our editorial staff and Chief Impressionist, Kenneth Richard.