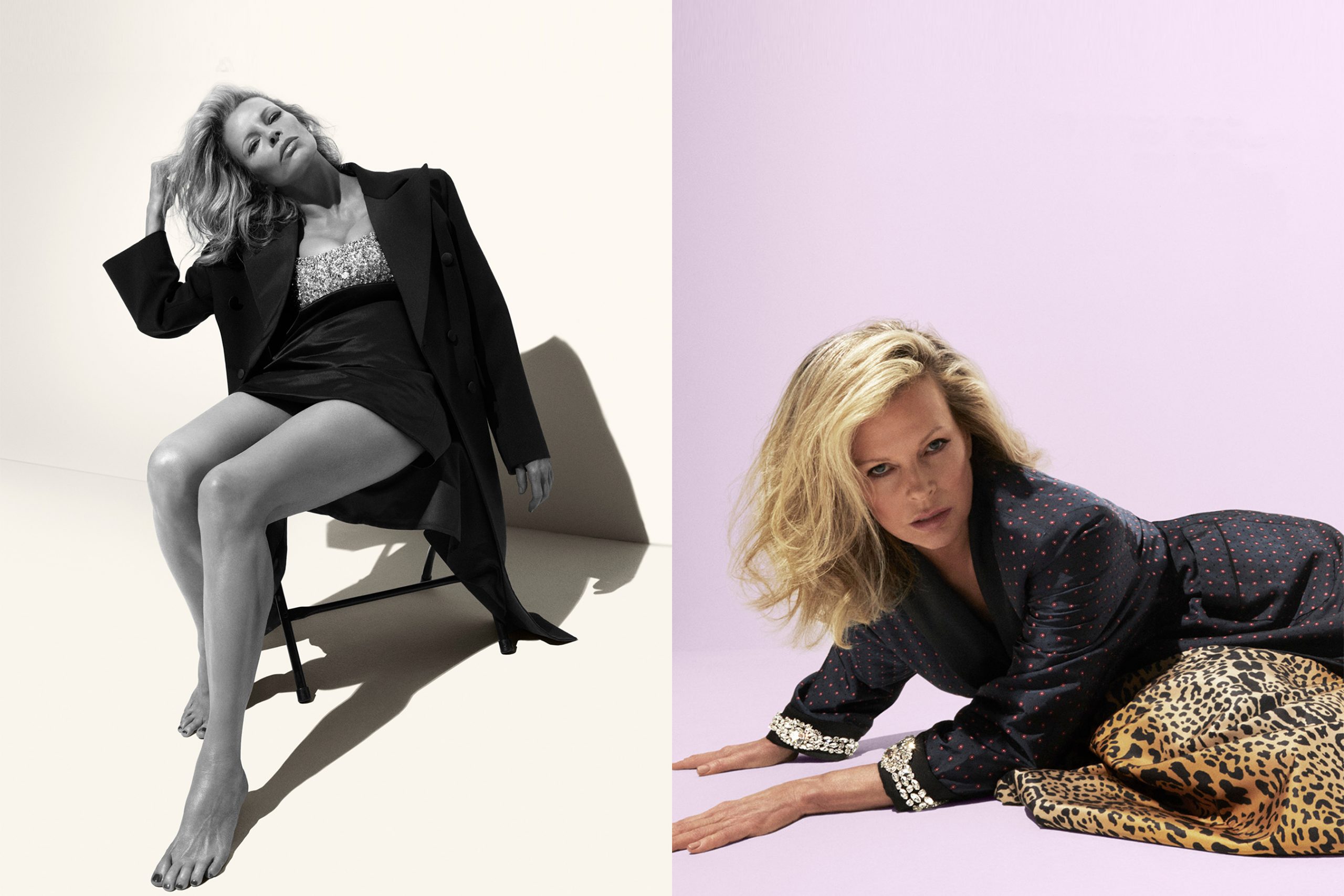 What is an icon? How does a thing – or a person – become one? Miu Miu considers the shifting status of the word “icon” in a new Holiday campaign which reveals the brand’s Pre-Spring 2021 collection.

Photography duo Mert and Marcus capture one image of each woman in black and white and one in color against a soft pastel background, and the two photographs appear side-by-side. This duality feels reflective of the dialectic or tension between artistic self-expression and the necessity of being perceived as having a certain social status. The moods of the stars themselves feel reflective and multi-dimensional, each pair suggesting a deep personal world of emotion and intellect.

In this connection, Miuccia Prada’s characteristic choice to cast active performing artists at various points in their lives and careers, rather than just models, feels important. These figures are continually recreating themselves – both for others and themselves – embodying the plurality and singularity within every woman and person.

The decision to cast this campaign as Miu Miu’s Holiday campaign is unexpected but powerful. Like the idea of an icon, our modern holiday season developed from ancient religious practices, but now has a wider social and cultural meaning. Thus, the campaign feels like a feminist reflection on the changing status of womanhood, and a celebration of present possibility and future progress towards liberation. To put it simply, Miu Miu is nothing short of iconic.