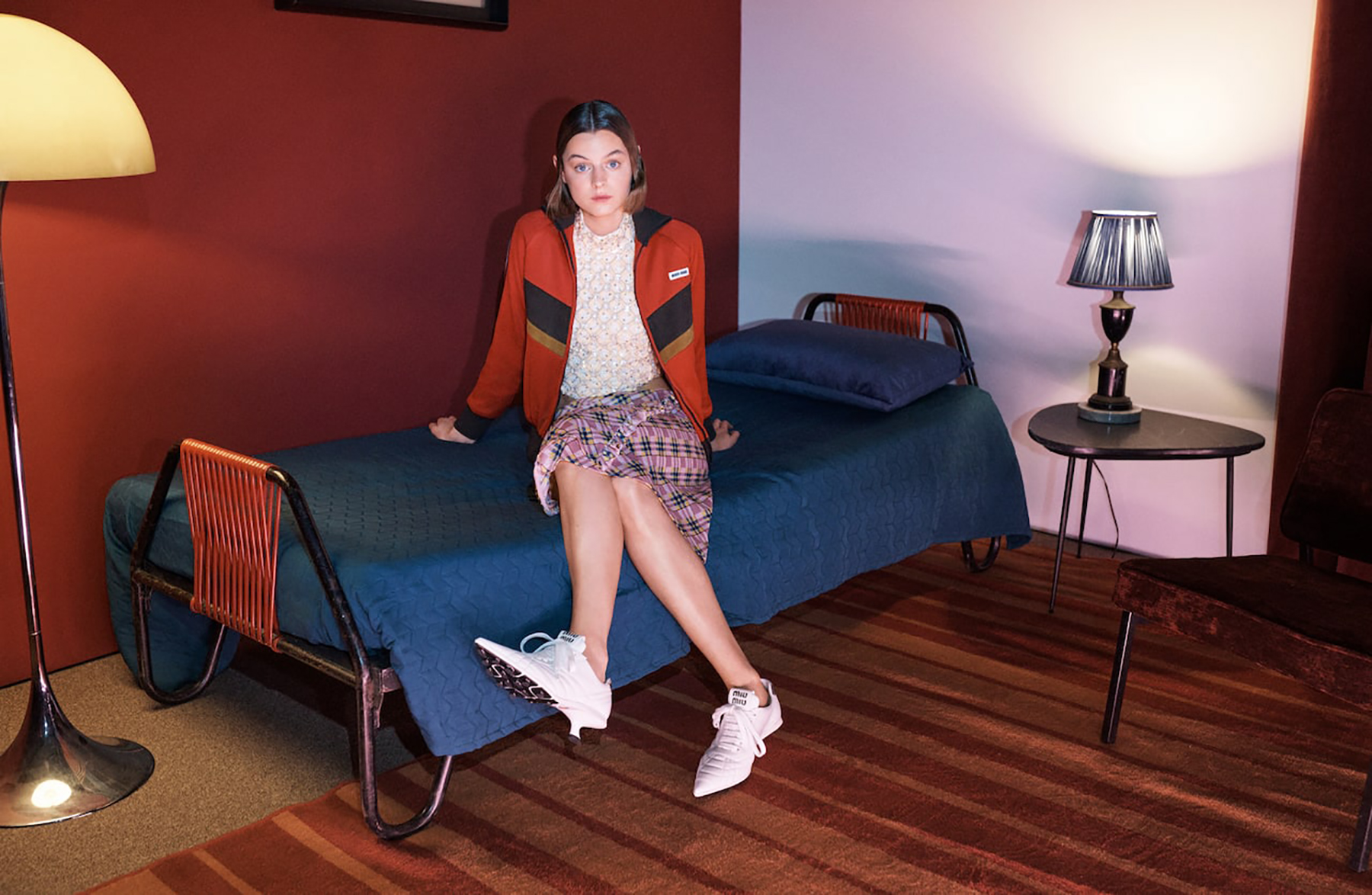 Miu Miu continues their exploration of identity and the subconscious with a Spring 2021 campaign film, which features creative direction from M/M (Paris) and film direction by Benn Northover.

Titled “Mind Mapping,” the film uses the word association game as its conceptual basis. But this classic tool of psychoanalysis quickly takes on a more artistic and mysterious significance. Agile audio editing makes the barrage of seemingly random words quite snappy and almost musical as if these words and phrases are part of a single, collage-like structure. The film feels unscripted and candid, and it is fun to see the models get playful and surprised as they explore their own minds.

Northover captures each protagonist in a simple bedroom color-coordinated to match her look. With their clinical sparseness and mid-century modern furnishings, these interiors recall Cold War-era mind control and psychedelics experiments. But the playfulness and musicality of the film brings warmth and personality into these spaces, transforming the often ominous space of psychoanalysis into a celebration of identity.

This campaign furthers the conversation on the concept of feminine identity that Miuccia Prada has been exploring through her last few collections and campaigns. We applaud the cohesion, thoughtfulness, and beauty which she has brought to this artistic commitment, as well as her impressive ability to keep it up while also doing excellent work for Prada alongside Raf Simons. Suffice it to say, Miu Miu has us totally psyched.