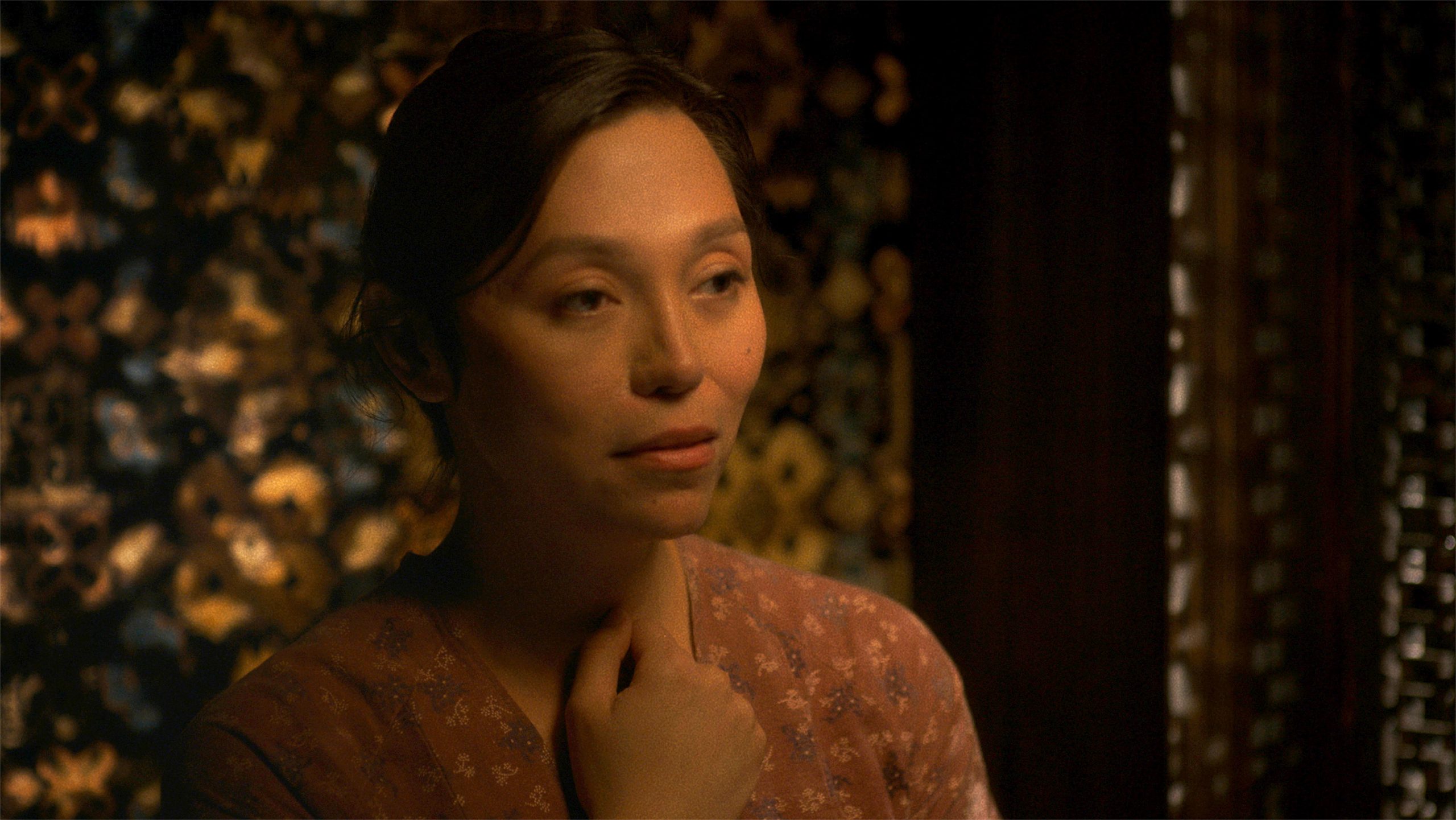 Filmmaker Isabel Sandoval and Miu Miu dazzle with the release of Shangri-La, the newest entry in the label’s Women’s Tales series. Sandoval wrote, directed, edited, and stars in the short film.

Having already made history with her celebrated Lingua Franca, the first film directed by a trans woman of color to screen at Venice International Film Festival, Sandoval now brings her deft exploration of interpersonal relationships to a dark and crucial chapter of America’s history.

The film follows an interracial couple living in California during the Great Depression, when people of different races were prohibited by law from marrying. Rather than focusing on the literal timeline of the relationship or the aspect of oppression, the film uses poetic imagery to celebrate the triumph of love. Though it is grounded in history, the film’s messaging takes on a feeling of universality and timelessness, and feels just as urgent today.

Though the styling is of course anachronistic (people in the 20’s are wearing new Miu Miu pieces), this emphasizes the feeling of fantasy and a world of inner truth that is not necessarily the same as outer reality. The clothing expresses not what these characters are, but how they feel themselves to be – beautiful, and in love, and free. In this connection, Miu Miu is displaying an awareness of the powerful relationship between fashion and costume.

The film’s title reflects another thoughtful choice on the part of Sandoval. The mythical Asian city of Shangri-La is actually a western invention and has overt connotations of orientalism, the western tendency to idealize and fetishize East Asian culture. Sandoval reclaims the idea, ironically using its sense of fantasy to point out the real brutality of racism and any institution that forbids people to be free and to love freely. A world of acceptance and freedom is not an unattainable utopia, but something we must actually work on and fight for in this world. Sandoval shows us that this struggle is worth it.

A stunning blend of history and fantasy that features excellent cinematic work and costuming, the film is an incredibly strong start to the year for Miu Miu and their Women’s Tales. Sandoval seems like exactly the kind of voice that the platform was created to elevate: powerfully feminist, uniquely individual, and unstoppably creative.