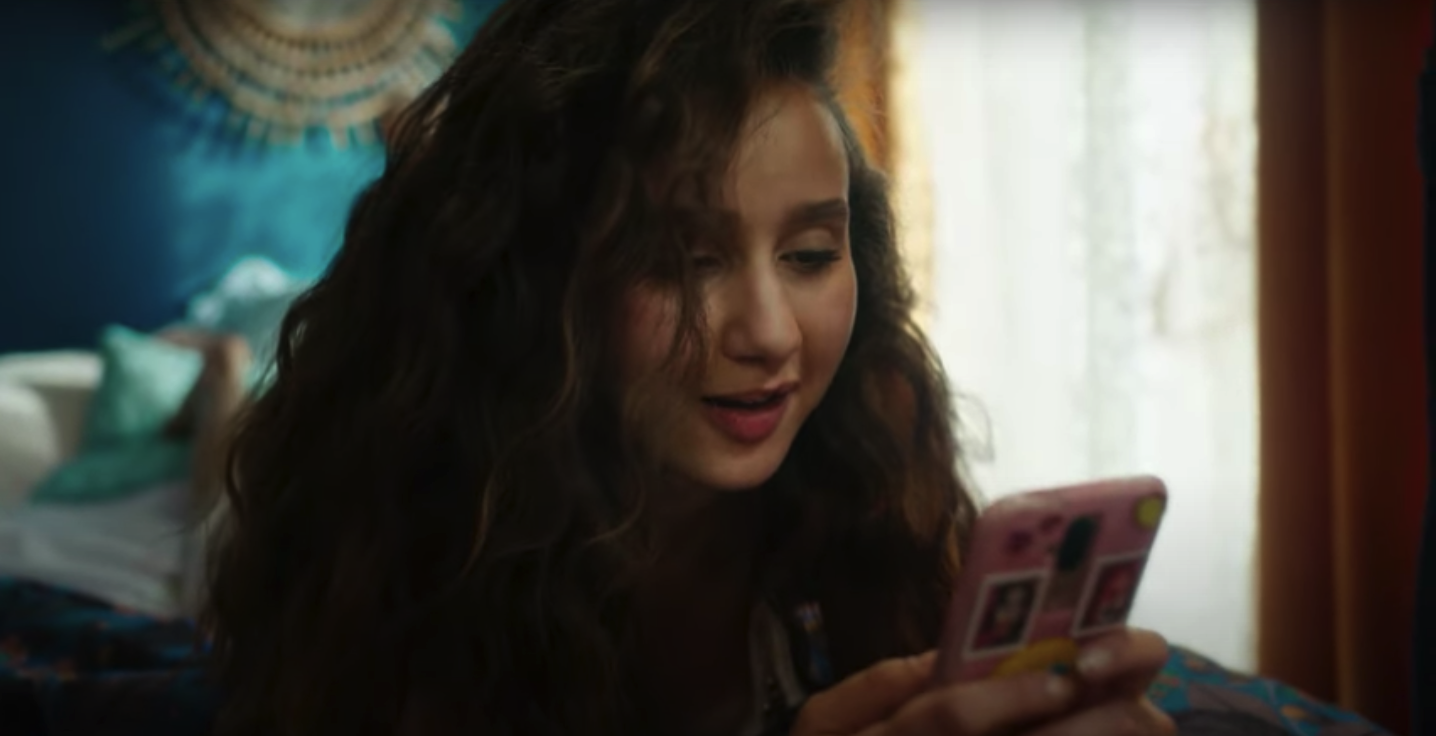 Miu Miu unveils the latest and 22nd installment in its ongoing Women’s Tales series, “I and the Stupid Boy.” The short film was written, directed, and edited by Tunisian director Kaouther Ben Hania.

Taking a frank look at themes that young women everywhere are contending with today – the intersection of technology with intimacy and self-image – the film’s narrative follows lovestruck Nora as she heads out for a date with a new guy she’s incredibly excited about. But things get complicated when she runs into her motorcycle-riding asshole-ex-boyfriend Kevin.

The breeziness of the film’s opening dressing montage (which makes the film feel at first like it might not be much more than a clothing commercial) and Nora’s initial banter with Kevin give way to an unsettlingly realistic revelation of an abusive power dynamic between the young man and woman. In a move that seems to sum up their previous relationship, Kevin steals Nora’s phone, refuses to give it back, and, in a horrible disrespect of her privacy, send her photos to himself.

Without spoiling too much, the film does end with a twist that sees Kevin reaping what he sows, with Nora seizing back the power and turning his deplorable tricks back on him. But this revenge is not the film’s point: things like this happen all the time, and in most cases there is no revenge: the man gets away with it because he is a man. The film takes a direct look at this archetypical stance of misogyny, showing its ugliness while allowing the viewer to raise and consider their own questions.

In this connection, Miu Miu’s typically feminine clothing plays an interesting role. Though Nora looks awesome for her date, her clothes actually work against her when she needs to assert herself, a reality which is embodied in the shot where Nora takes of her heels to chase after Kevin.

It’s intriguing and exciting to see Ben Hania use Miu Miu’s platform and identity to consider themes that the brand itself has explored – like femininity, selfhood, and image – but from her own perspective that is at once more personal and more universal.

Brilliantly conceived by Miuccia Prada but brilliantly actualized by an impressive roster of women artists and directors, the Women’s Tales series continues to be a creative powerhouse for Miu Miu. The series expands the brand’s inherent connections to art and film while bringing in strong and independent creative voices like the ones we see here.