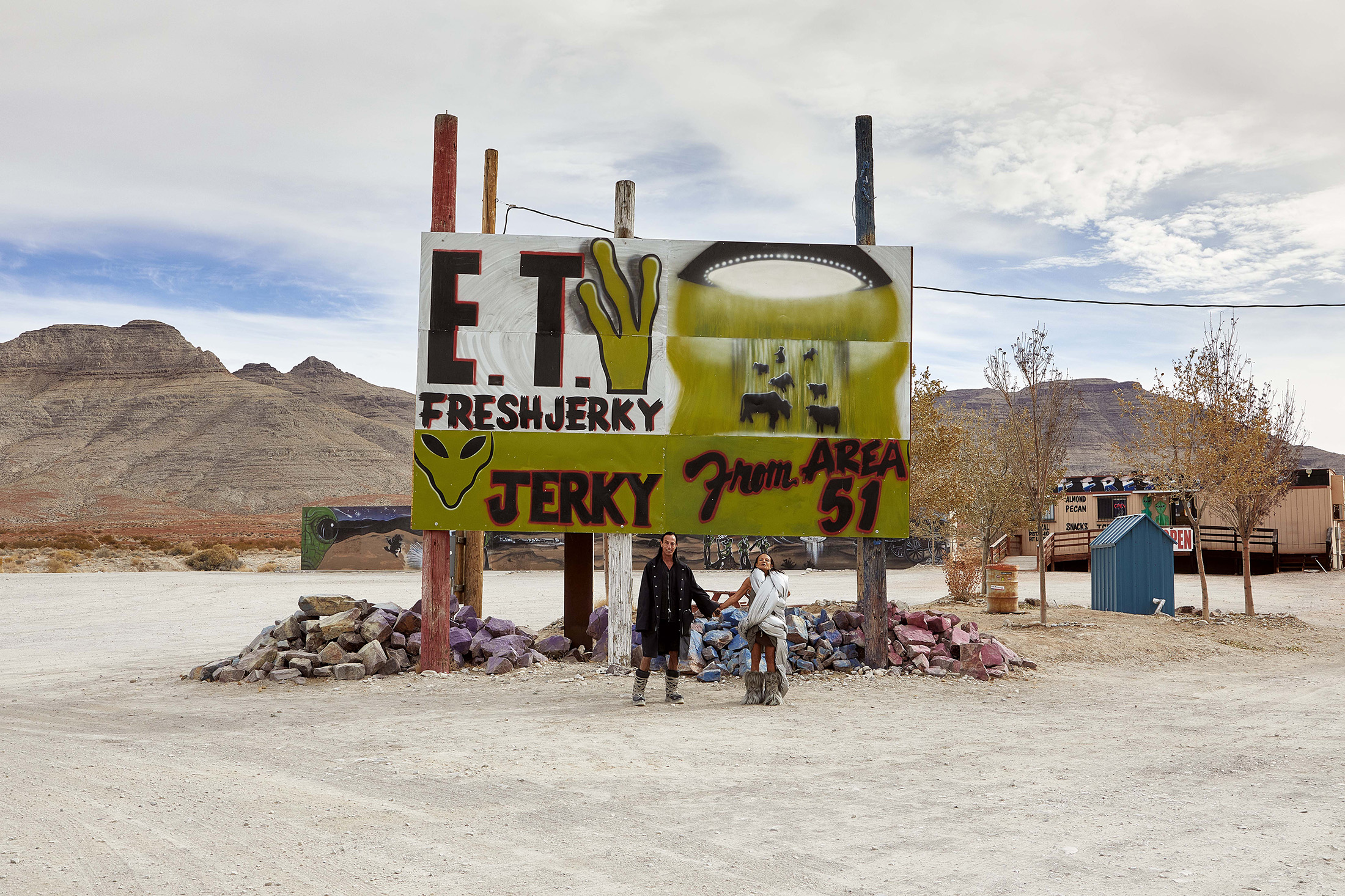 Always coming up with out of this world collaborations, Moncler has taken it one step further.

This time, the brand has joined forces with iconic American designer Rick Owens. Almost indefinable in its unprecedented lack of specific artistic focus, the project is a performance art installation, a custom fashion collection, a photography portfolio, and – none of these. At its core, it is just a simple road trip. But the artistic and collaborative elements, these things that concern the way this road trip is presented and perceived, manage to transform its mundane character into an artistically alien frontier.

Rick Owens discusses his vision for the project, both clarifying and confusing: “Moncler approached me about a collab and I took advantage of the moment to ask them to do something different — to customize a tour bus for hun and I to make a road trip from LAX to Michael Heizer’s ranch in Nevada… Heizer had invited us to see his monumental land art piece city, 48 years in the making… and I hadn’t been to the west coast since I moved to Europe 18 years ago… I was kind of thinking about Joseph Beuys traveling to the U.S. from Germany in the seventies, landing at JFK, being wrapped in felt and taken by ambulance to his N.Y. gallery to live with a wild coyote for 3 days in his installation I Like America and America Likes Me, and then going straight back to Germany the same way…”

The reference to Beuys is intriguing and illuminating. An artist comes to the United States without ever setting foot on the ground except the room he shares with a wild American animal, exploring the relationship between self and other, violence and victim, man and beast. Like Beuys, Owens is inserting himself into a culture he is not really a part of (Owens hardly seems American anymore, but rather global and globalist), but is able to create a new and fascinating perspective precisely because of his outsiderness. Situating himself between these two artists, Beuys and Heizer, he revels in an idea of artistic egoism, perhaps suggesting that today it is the personality of the artist that makes artwork valuable, rather than something like inherent artistic meaning. Is this development good for humanity? Does it matter? Beneath the casually aesthetic and aesthetically casual veneer of this project, Owens raises troubling but exciting questions.

Unique in both conception and execution, this project seems to look forward to the final frontier of the escalating trend of collaborations between different facets of the fashion and art worlds. Perhaps, as content becomes all-important and form fizzles out, the landscape will become completely unrecognizable from where we are now. But Moncler and Rick Owens know that the truth is out there…