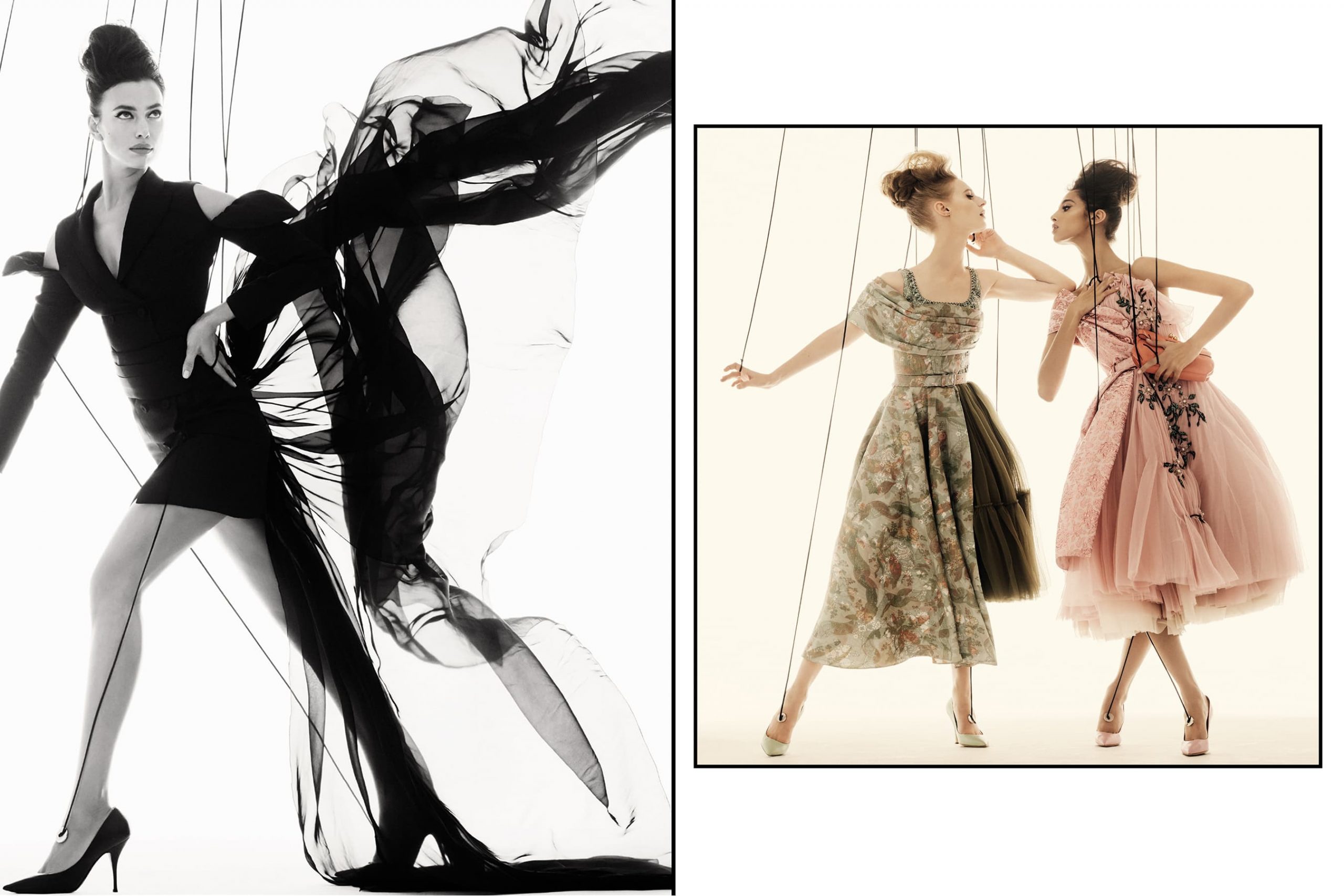 Moschino pulls on our heart and mind strings with a new Spring 2021 women’s campaign. Photographer Steven Meisel creates a striking set of images whose apparent simplicity points to a hidden complexity just outside of the frame.

Featuring a strong cast including Irina Shayk and Bella Hadid, the campaign is titled “No Strings Attached” – and yet, there seems to be a lot of strings attached. Meisel captures his cast against a simple studio backdrop, their limbs and joints through some technical wizardry connected to suspended wires, as if they were life-sized marionettes. These women pose (or are posed?) confidently in elegant and slightly ostentatious gowns, their attitudes and poses at once exuding strength, beauty, and an openness to the possibility of romance. The imagery is slick, simple, and striking.

But of course, we can’t help but wonder who is pulling the strings. With very little conceptual context, we have no idea who the mysterious puppeteer who lurks above the images may be, or whether there is one. In this connection, the images don’t exactly feel empowering, and are in danger of doing just the opposite. Are these women being controlled against their will? Are the life-sized marionettes slaves to fashion, to glamor, to the image?

These questions may guide us toward seeing in the campaign a layer of irony and criticism: Moschino is indeed one for subtle parody and satire, and they could be pointing to the industry’s (and its consumers’) tendency to exploit and objectify models. Especially recently, there has been much controversy and debate around whether models and influencers – and those who fall in the gray area between – own their own image.

Like the iconic cult film Being John Malkovich, Moschino may be using the imagery of puppetry to explore contemporary social issues of identity, choice, and mind control.

Thus, the deceptively simple and confidently glamorous imagery of the campaign belies the complexity of the conversation it points to just out of reach of the camera. We are impressed that Meisel and Moschino are able to tackle such an interesting and complex tangle of issues through imagery that is so clean-lined and strong. We are also thankful that Moschino continues as always to raise a unique and playfully critical voice within the industry’s ongoing conversation.