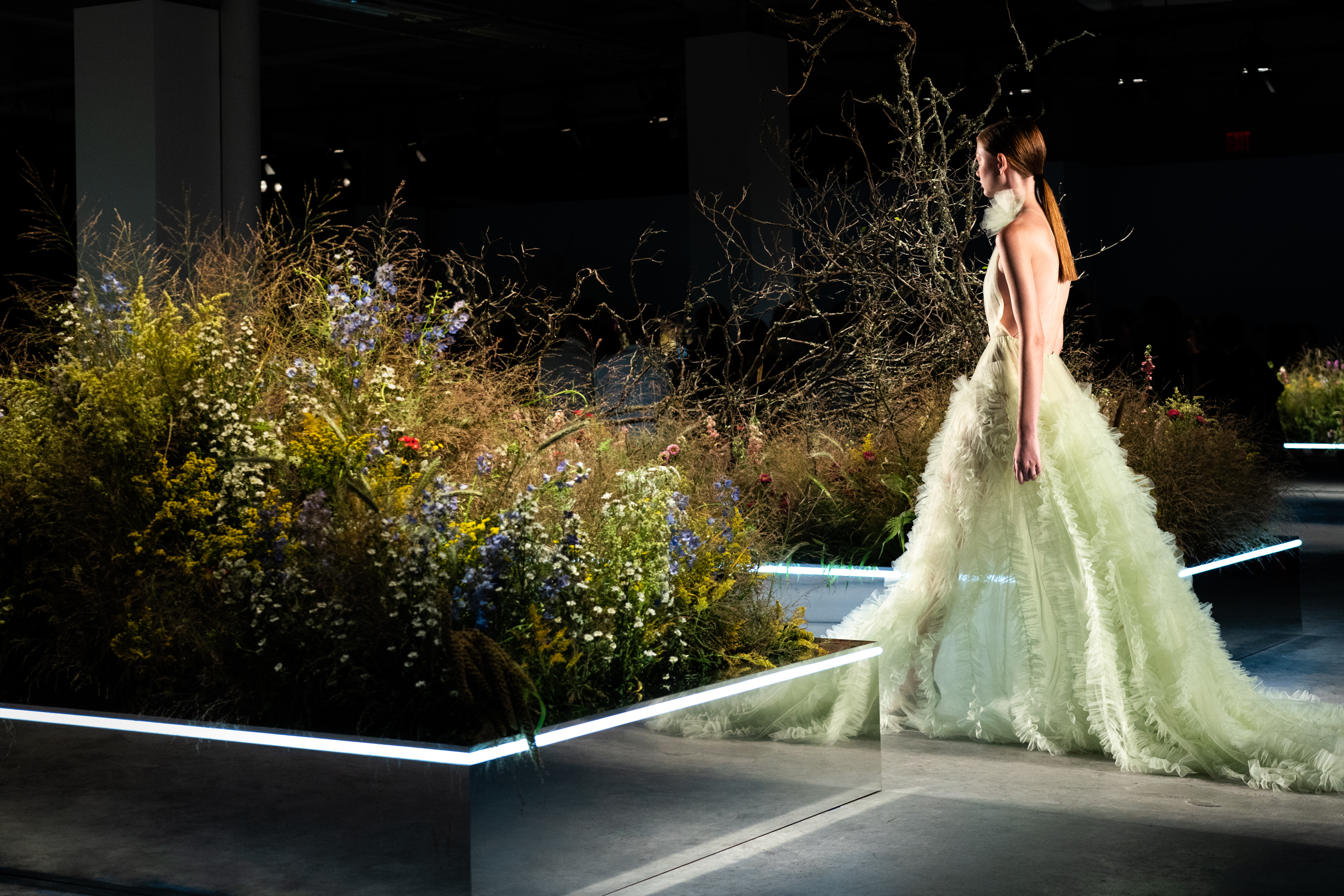 Despite a truncated New York Fashion Week, ushered in under Tom Ford’s new leadership of the CFDA, the selection process for screening presenters is still too broad resulting in a sea of contemporary that weighs down the whole. America is the land of the free, but that freedom comes with a price, volume. Too many unseasoned brands with too little understanding of make to give meaning to the week on the international stage. Perhaps as we look at each show and each piece in the collections, we should take note from an old Basque proverb, ‘A thread usually breaks from where it is thinnest.’ Volume of mediocrity aside there were, as always, standouts that play well both in and out of the U.S.

Jason Wu’s dedication to craftsmanship was on full display this season in a botanical homage to femininity. There is an organic hand at work underneath the surface that respects the roots of fashion: form. In a crop of collections shaped by patternmaking his knowledge of drapery has produced seasonal fresh flowers.

‘Most Improved’ goes to Brandon Maxwell for what The Impression believes is his strongest and most elevated collections to date. Maxwell’s earlier work reminds us of Isaac Mizrahi, full of praise by the powers that be but underneath that surface of support wasn’t a foundation for love of craft and design that could carry it for the longterm. This season, the designer showed an elevation that looks promising for the marathon.

There is a subtle irony to watching a European designer produce the most American of collections. But since taking the realm at Coach, creative Stuart Vevers has done just that. This season the artisan stripped down the pallet from boho-chic to embrace the 80s as he turns what is a large ship. Sharp turns are often hard to digest, think Alessandro Michele for Gucci, where here it feels on course for what we imagine will be reinforced by the forthcoming European collections.

Another European who spins Americana is Sander Lak at Sies Marjan. Convert his collection to darker hues and it reads Parisian, but embrace his boldness of primaries and he spins American classicism in a new direction that feels postmodern. We often wonder what Michael Kors thinks of the collection.

Chris Leba is carving out his own path devoid of the influences of others. He is New York’s most punk of designers whose work draws us in season after season. The mash-up of skate punk with The Velvet Underground, with animal/camo, had us from look one. Leba is America’s next wave as a designer founded in denim but with a global vision of the streets.

You have to love the consistency and laser focus of Ashley and Mary-Kate Olsen. each piece is a link to the next and the one that preceded it. We look back at collection one to understand just how the chain started and could easily loop it to today. That clarity is monastic as the collection itself.

Much of the work of creatives Jack McCollough and Lazaro Hernandez feels as though the clay was pulled from outside their studio for the designers to impress with their fingerprints. However, it is their fingerprints we are interested in and this season that artisanal hand has formed a soft, subtle collection with edge worthy of praise. Underneath all those hard edges is a relaxed artist that the designer are close to discovering with just a few more chips of the marble.

From the beginning Pyer Moss’ Kerby Jean-Raymond was an eloquent storyteller with a meaningful message that resonated. However, the designer lacked what many stateside do, the knowledge of ‘make.’ Without the ability to construct even the most Nobel of messages can fall short. Pull back the message, pull back the staging, pull back the presentation and you still have clothes. This season those clothes on their owe had a voice and the make, and Jean-Raymond, and us, are all better for it.

Perhaps better than any designer other than Karl Lagerfeld, Tory Burch understands the power of the design alphabet, a signature design language in branding woven into each piece. For spring the designer’s ambition shown in the confidence of being powerful while speaking softly in a collection inspired by the late Princess Diana. The result was a sophisticated offering of grace coupled with the power of femininity.

There is a great deal to love about Michael Kors. Charm, wit, but most of all humanity coupled with conviction. This season the designer donned the cape of the American flag but more in the vein of Peter Fonda in Easy Rider with one hand on the throttle and the other sticking it to The Man. It was brave, beautiful, and bold like the country itself and reminded us we all have a part to play in shaping our story. Which is what all great designers do, allow the imagination of the customers to cast themselves as the hero. For us Michael was that hero this season.