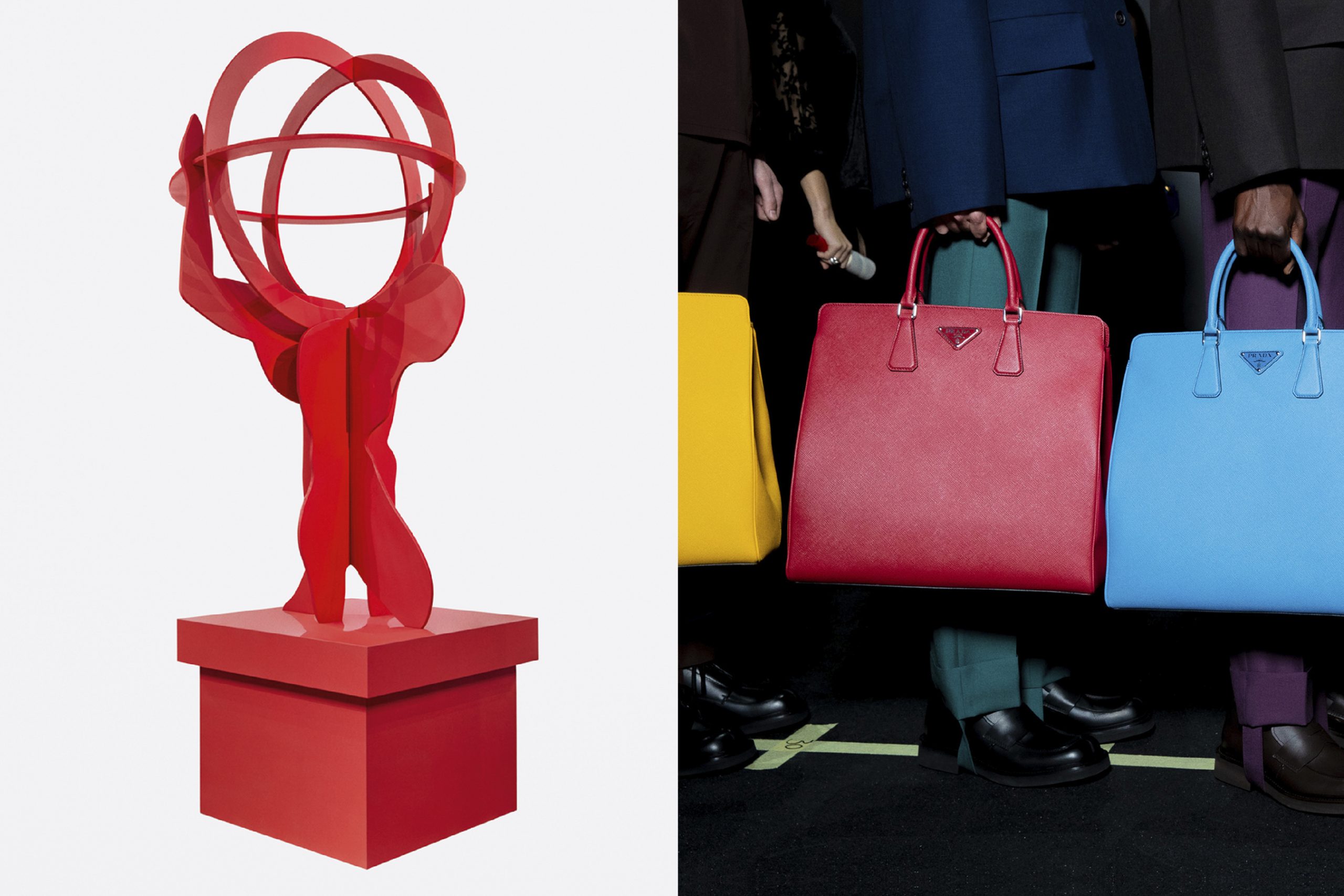 “From Runway To Rostrum” – One-of-a-kind Items from the ‘Tools of Memory’ Auction Include Exclusive Fashion Items, Photography, and Set Designs From Prada’s Fall/Winter 2020 Fashion Shows

The Online Auction Is Scheduled for October 2-15, 2020 And Will Raise Funds for UNESCO’s COVID-19 Global Education Coalition

Prada and Sotheby’s today unveil a selection of highlights from ‘Tools of Memory’, an online auction to raise funds for the United Nations Educational, Scientific and Cultural Organization (UNESCO), and its efforts to safeguard learning for students around the world in the face of the unprecedented disruption caused by COVID-19. At the peak of the pandemic, school closures to contain its spread interrupted the education of more than 1.5 billion children and youth – 90% of the world’s students – disproportionately impacting girls and women, for whom education is often a lifeline.

Prada will donate its proceeds raised in this auction to specifically benefit UNESCO’s new campaign entitled Keeping girls in the picture and their Global Education Coalition’s Gender Flagship, which has been leading collaborative efforts to promote the continuity of learning during closures and ensure a safe return to school for all women everywhere.

Every item featured for sale online is an original piece from the Prada Fall/Winter Men’s and Women’s fashion shows, including one-of-a-kind garments worn by the models, photographic prints of candid moments backstage, polaroid, seat cards and invitations, objects from the runway décor, and vinyl with the accompanying music for both presentations by Frédéric Sanchez. The sale features 72 lots in total and will open for bidding on Sotheby’s website starting October 2nd. Pop-up teaser exhibitions will also be staged at Sotheby’s in London and New York leading up to the sale.

Debuted in January and February this year, Prada’s FW2020 shows transformed the grand hall of the Deposito of Fondazione Prada into two piazzas, designed by research and design studio AMO. An equestrian statue and a representation of the Greek Titan Atlas designed by Rem Koolhaas formed the centrepieces of the Men’s and Women’s shows respectively, and will now appear as highlights of the auction.

From layered fringes to deconstructed pleats, geometric prints, knitwear and shearling-lined outerwear, ‘Tools of Memory’ features over 40 looks from the house’s FW2020 presentations. Comprising the clothing, shoes, and accessories worn by the models only for fittings and on the catwalk, each outfit is presented as an individual lot. Further items include unique garments, footwear and eyewear, handbags and jewellery, which will not be available to purchase in Prada’s stores and will be offered exclusively as part of the charity auction. A one-of-a-kind pastel blue dress with an embellished beaded fringe neckline also joins the line-up. Making its debut appearance, the dress was originally created for the show but the same prototype in a different color featured on the final catwalk.

Photographic prints by Daniel Arnold, Phil Meech, and model Gigi Hadid capture moments before and after each presentation backstage. The shots as well as polaroid records of the models Kaia Gerber and Mensah Benjamin’s fittings reveal the backstage process and on-stage performance of the fashion experience.