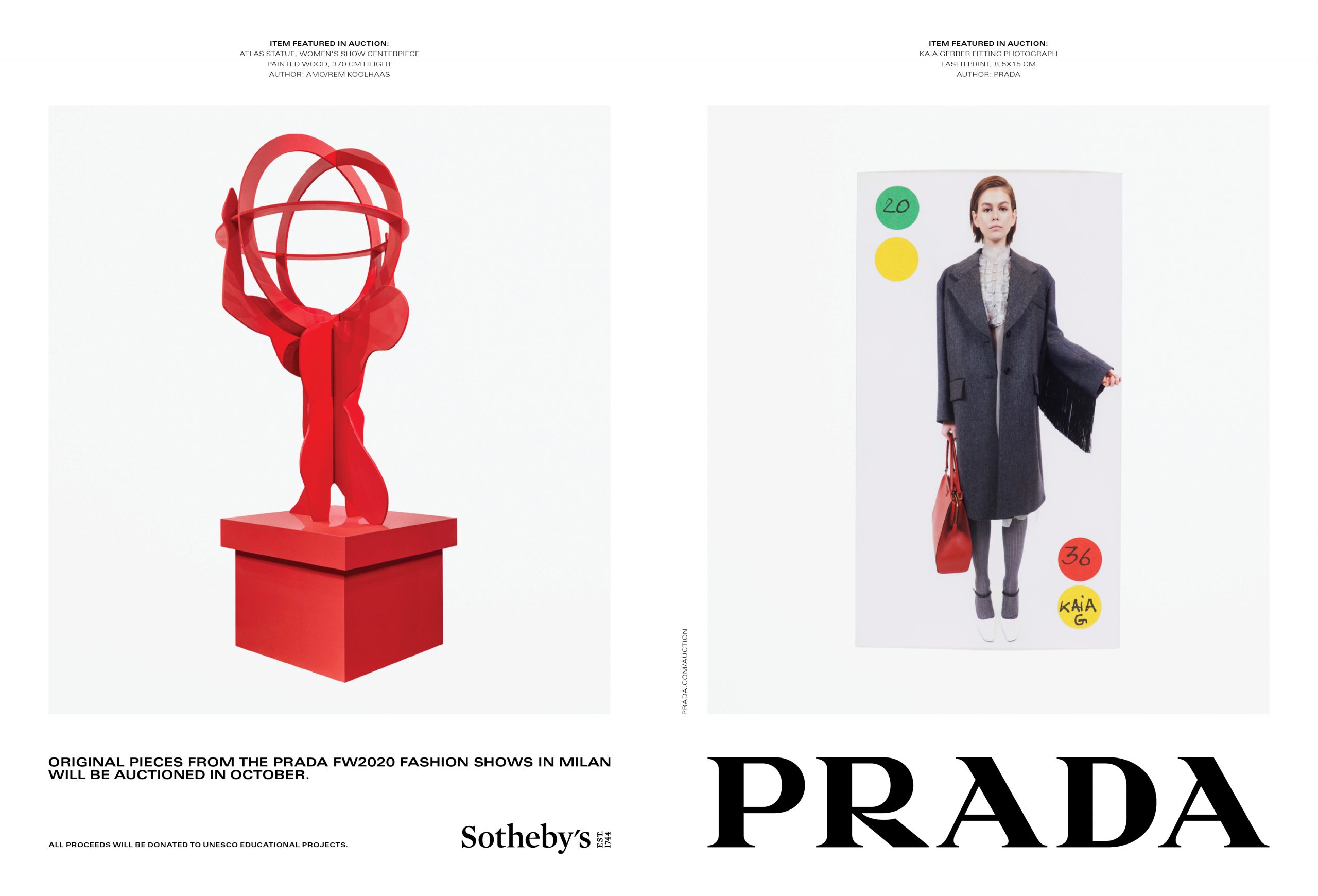 More than just an advertisement, the latest campaign from Prada is a call to action – or, more precisely, to auction.

The Fall 2020 campaign, concepted by Ferdinando Verderi, is an auction in collaboration with Sotheby’s. The auction items are artifacts from Prada’s fall shows; pieces worn on the runway, rare photographic prints, show invitations, and set pieces. The actual campaign imagery consists of behind-the-scenes photographs of the auction items, showing them in the context of the process behind the show. Given that they are documentary photos of a curated fashion show, the images possess both an intentional artistic cohesion and an organic, deconstructionist feel.

The idea of a collaboration with Sotheby’s is a wise one from Verderi and Ms. Prada, as it is fitting for the house that has created one of the largest modernist museums in Milan, Fondazione Prada. The collaboration with Sotheby’s is an alliance with an established arthouse with a full economic infrastructure – an upgrade not in terms of image or aesthetic as Prada owns that in spades, but in raw financial power and reach. Thankfully, Prada is using this newfound power for good. Proceeds from the auction will be donated to benefit UNESCO educational projects, expanding inclusion in education for vulnerable populations across the globe.

Fashion is always in motion. It is not a static, autonomous image that can be considered apart from the movements of life. Fashion must be in a culture and have a history; it not only reflects the times but shapes them. With this campaign, Prada acknowledges fashion not as something inert, but as active and powerful. They recognize in this power a responsibility and have admirably risen to this responsibility by providing better educational opportunities – an essential human right – to communities around the world. Let the bidding begin!