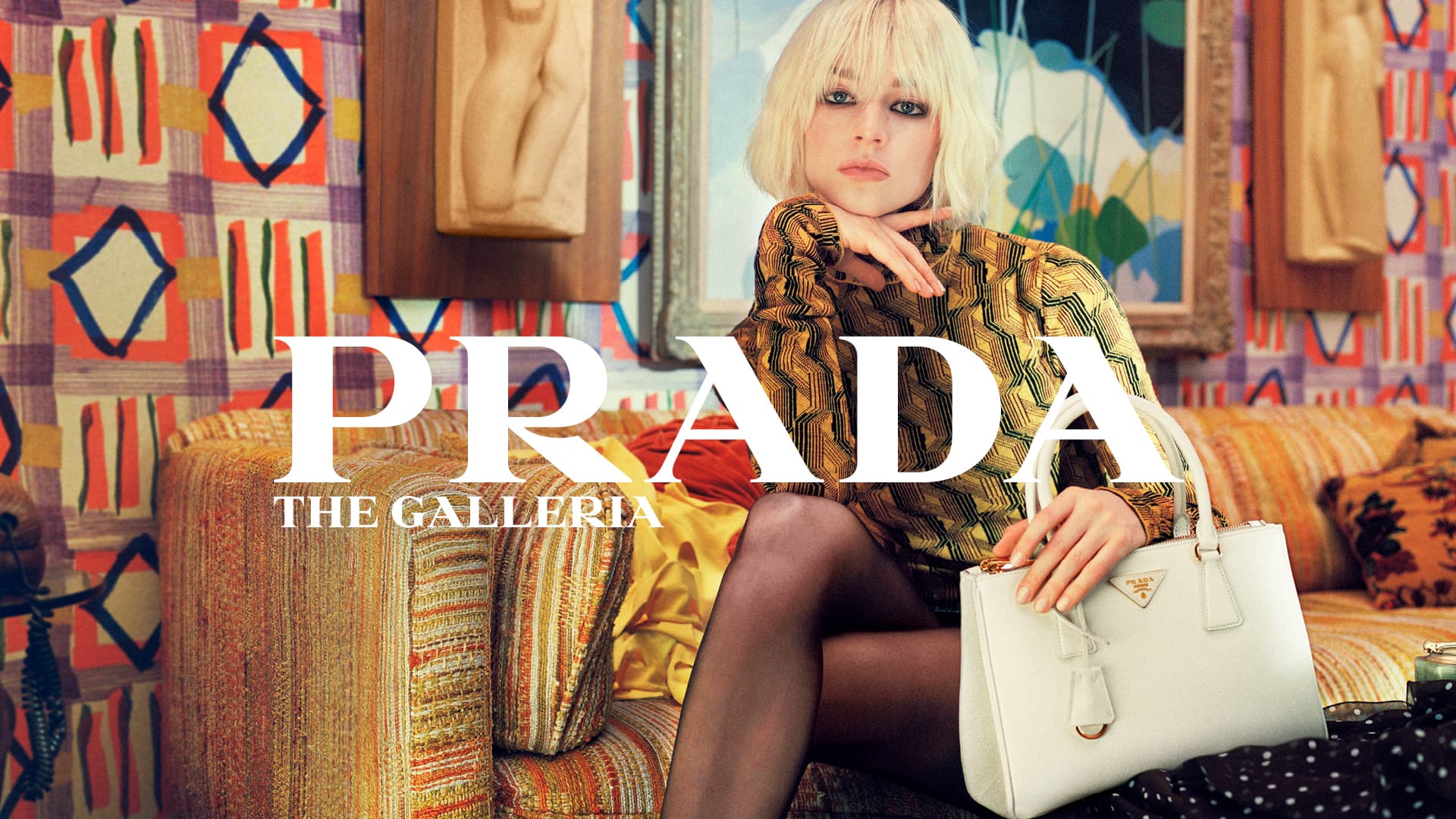 The campaign features creative direction from Ferdinando Verderi and film direction by Xavier Dolan, who was given complete creative control over the film – but does the choice preserve Prada’s distinct identity?

Schafer embodies a young literary heroine who lives out her dreams through fashion. The film’s opening shots see her lounging in the eclectic atmosphere of her vintage-appointed bedroom. Then, timed to the soundtrack’s burst of violins, the emotional atmosphere of the film opens up: Schafer embraces her fantasy, expressing herself through motion and carefully curated Prada looks. Leaning into a sense of deconstructionism, the film reveals shots of the edges of the set and the studio itself, blurring the lines between fantasy and reality, campaign and real life.

Though the film is a strong and uplifting statement of personal vision and creativity, this approach might not actually work in Prada’s best interest. Especially in the creative director duo of Miuccia Prada’s and Raf Simons’ last few collections and shows, the brand has an incredibly strong and cohesive sense of what it is. But Dolan’s film actually strikes us as rather Gucci. From its vintage eclecticism even down to the analogue TV and Italian opera soundtrack, the film has quite a few elements that we’ve seen many times before in Gucci campaigns. It’s not like we ever forget that this is a Prada campaign, and it’s not like Gucci owns 70’s wallpaper, but we wonder whether the similarities work in Prada’s best interest as far as maintaining an artistic vision (an important element in consistently connecting with fans) goes.

At the same time, this broadening of horizons may indicate that Prada is expanding to play towards a younger audience, and the casting choice seems to support this hypothesis. But will the move make the brand more recognizable, or more forgettable? Whatever the intent and impact of the campaign may be, the film is a very strong minute of style and joy, and, with its sense of fantasy and personality, reminds us of why we love fashion in the first place.