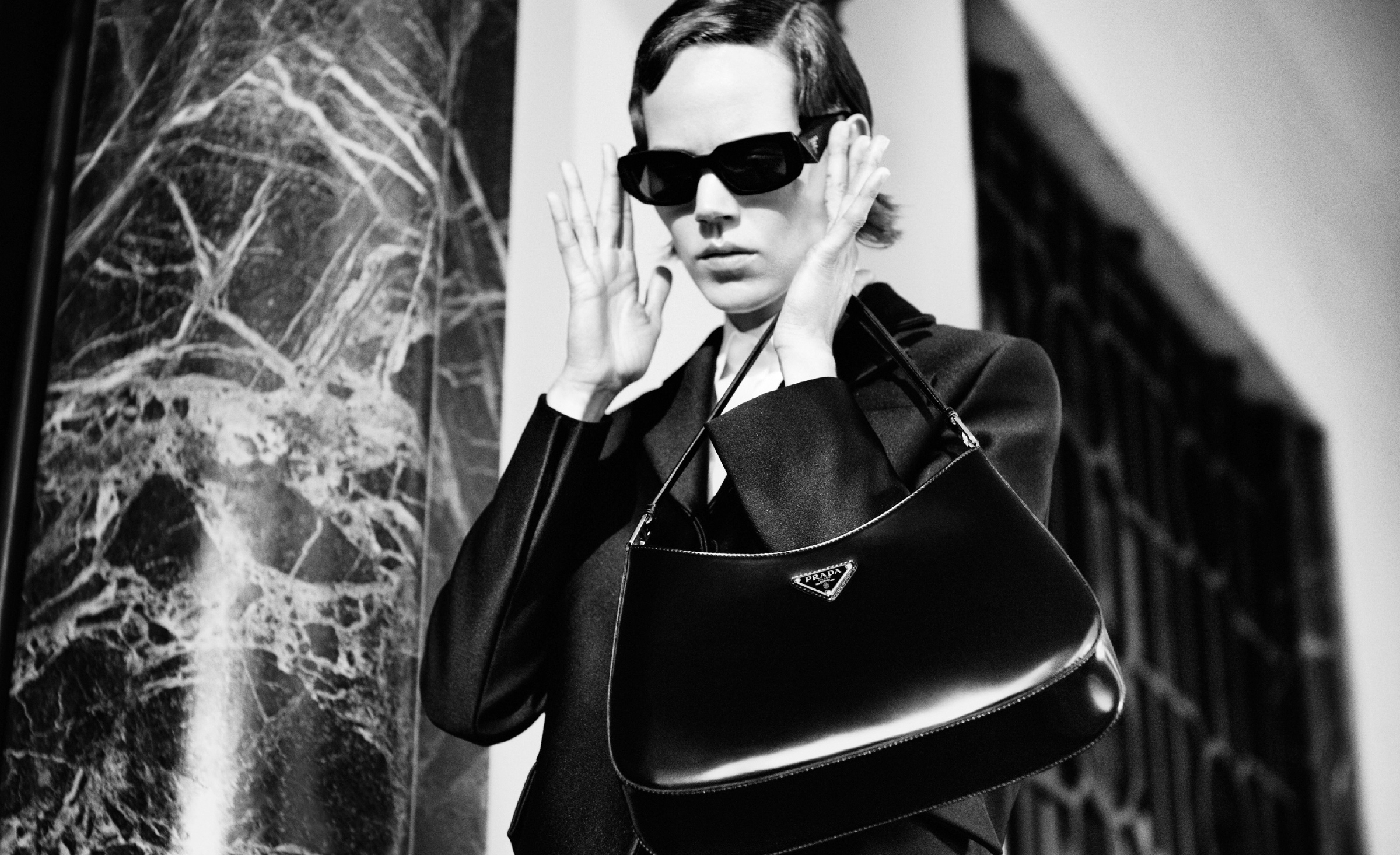 Prada extends us a mysterious invitation with their Holiday 2020 campaign. Titled “A Stranger Calls,” the campaign features creative direction by Ferdinando Verderi and photography by Steven Meisel.

The campaign centers around moments of entrance, arrival, and expectation. Capturing the images in rich black and white, Meisel and Verderi draw on the history of film noir, channeling its imagery of intrigue and tension to create a cinematic feeling of suspense. We see our protagonists (or are they?) in moments of change, arrival, discovery: walking up the steps to an unknown home, receiving a mysterious letter, making an opening chess move.

The complex and stately architecture of an Italian villa deepens the sense of intrigue. Villa Gnutti itself is a star made famous through a 1981 shoot by Helmut Newton. Meisel, who wasn’t able to be on set and managed remotely, smartly positions models and camera in conversation with architectural elements both interior and exterior, creating elegant compositions whose spatial depths attest to mysterious emotional territories.

Verderi does excellent conceptual work in recognizing how the aesthetic codes of cinema and film noir – a history which is closely related to Prada’s own – connect with Miuccia Prada’s continued explorations of embodied space and social tension.

He also does brilliant directorial work in guiding the production of such an evocative and singularly visionary campaign – and his choice of photographer is of course a great one. We do not know who this mysterious stranger is; we are not sure where their invitation will lead us – and we can’t help but accept.