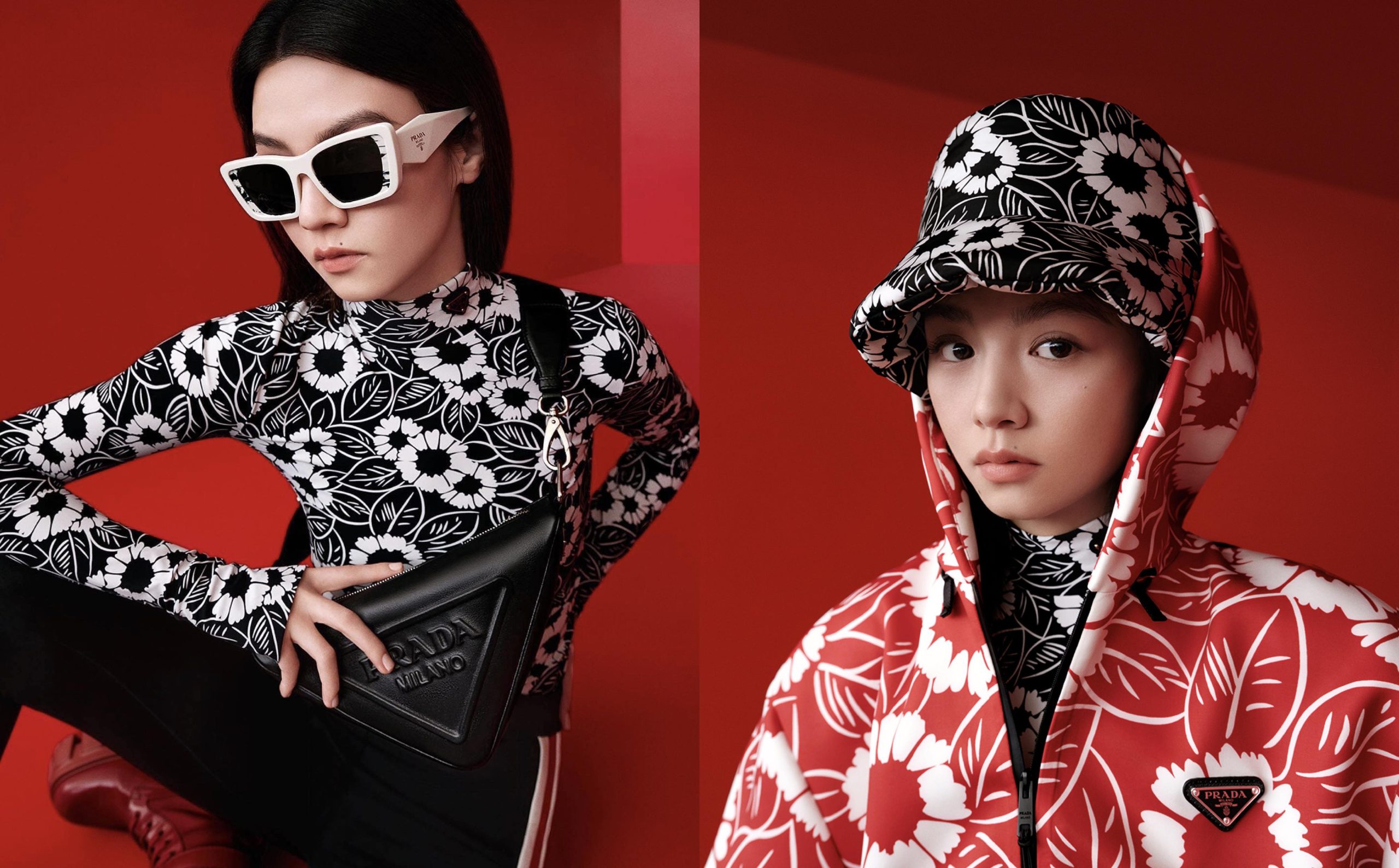 Prada shares a slick and energetic new campaign in celebration of its Lunar New Year capsule, which serves as a launchpad for positive change and creativity across the whole Year of the Tiger.

The capsule takes shape as a relatively minimalist refocusing of the tiger’s power and energy, imagined in a color scheme of black, white, and red. Of course, Prada knows it’s still too cool for overt tiger print, instead opting to abstractly reimagine the animal’s stripes as parallel lines and tessellated triangle patterns. A floral print is introduced as well.

Photographer Liu Song captures his star models – actor and singer Li Yifeng and actress Chun Xia – in a minimalist, prismatic, all-red space that recalls the set of Prada’s Spring 2022 men’s show, and serves as a strong backdrop for the slick and powerful aesthetic of the collection.

The collection and the campaign imagery provide the basis for a project that extends across the Year of the Tiger, one that thoughtfully takes into consideration the endangered status of its namesake animal.

Prada’s project “Action in the Year of the Tiger” begins by inviting young students from art schools in China and across the globe to produce works interpreting the symbol of the tiger using the languages of painting, design, and sculpture. The celebration of creativity aims to attract public attention to the cause, as part of a genuine effort to participate in and build relationships with a particular culture and its history and movements. The submitted works will then be judged by a special jury composed of renowned artists Liu Ye, Lu Yang, and Goshka Macuga, and some will be selected to play a part in further projects extending throughout 2022.

The Prada Group is also contributing to the conservation of the endangered Amur tiger by making a donation to “Walking with Tiger and Leopard” program of China Green Foundation. The program seeks to educate the public on wildlife and biodiversity through high-tech monitoring methods, and to improve the awareness of tiger and leopard conservation by environmental education.

It’s always great to see strong design and visuals, but it’s more exciting to see a high-profile and forward-thinking brand like Prada use the trend of the Lunar New Year capsule not as a mere end unto itself, but as a jumping off point for positive action and creativity across the whole year.