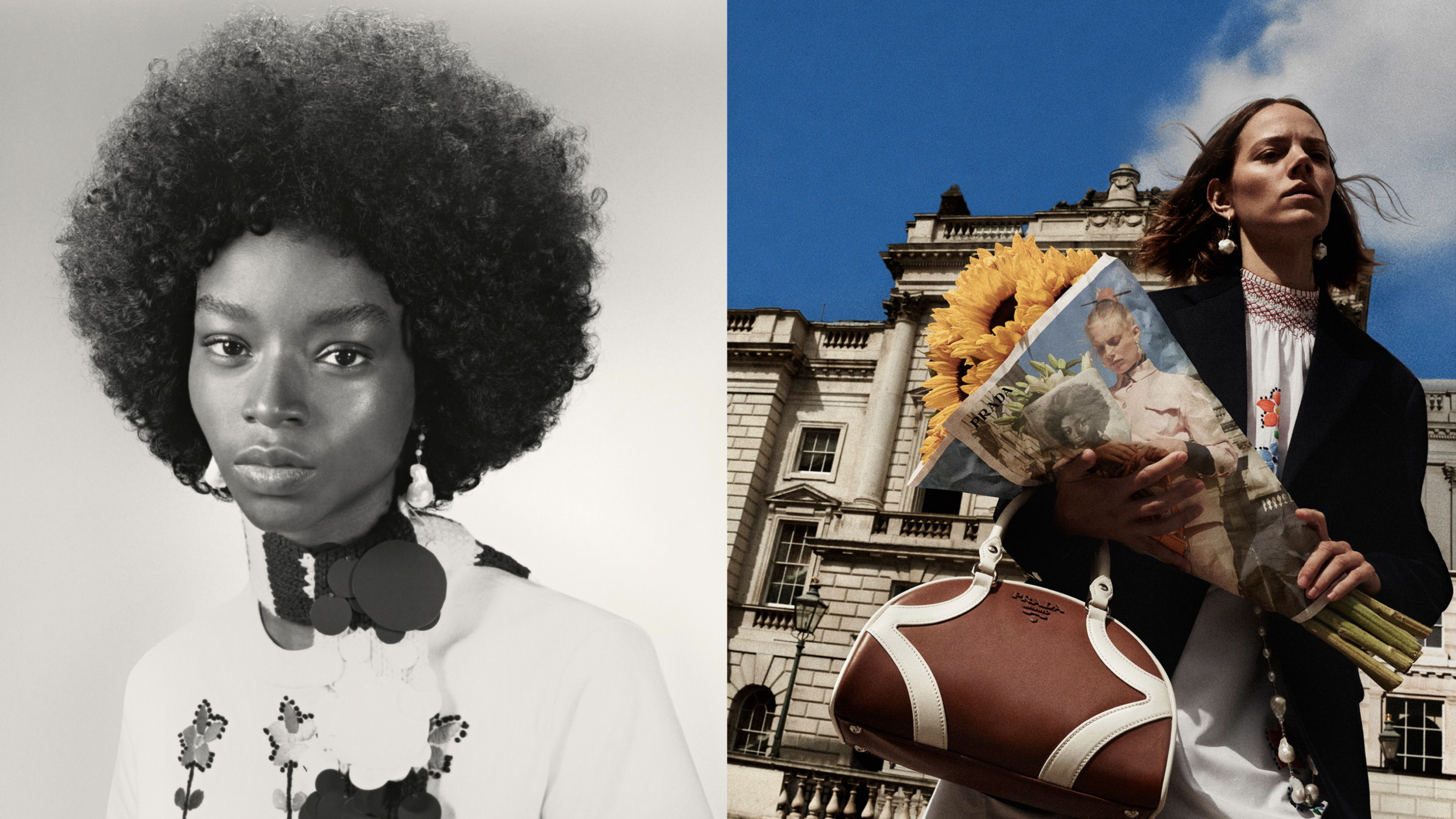 Subversive and surreal, the Prada Resort 2020 campaign is an innovative evocation of the nature of reality in a brave new world dominated by all sorts of digitally-enhanced imagery, VR, AR, fake news, and endlessly fragmented perspectives. Through an ingeniously executed 360 degrees integration of hyper-meta realness, Prada and Creative Director Ferdinando Verderi have combined fashion advertising, photography, UX/UI design, social media, digital printing, and flower bouquets from across the globe to create a comprehensively engaging interactive experience.

Entitled “Seditious Simplicity,” the campaign accomplishes something quite rare: an original idea that is brilliantly executed. The campaign starts with photographs by Japanese photographer Keizo Kitajima, known for his dynamic street photography, and New York-based photographer Drew Vickers who creates elegant portraits highlighting human emotion. The resulting imagery contrasts black and white photography with bold color, showing men and women as dualities. One version represents the subjective self one experiences inside their own head, and the other a more objective self as presented to the outer world through various personas, personal branding, and social media.

What follows is a surreal twist on the idea of stopping to smell the flowers; Prada has collaborated with florists in key cities around the world to wrap floral bouquets in printed photography from the campaign. Perfectly timed to coincide with the campaign’s digital release, Prada-lovers in London, Milan, Moscow, New York, Paris, Shanghai, and Tokyo can purchase blossoms rolled up in physical souvenirs from the campaign. The photographs of these dueling selves are further multiplied by the film accompaniment, which pans from a digital printer to the flower bouquets, to a Prada aficionado walking down the streets of Milan with the ad campaign plastered larger than life on the side of a building.

The campaign’s final iteration allows you to put your own visage on the wrapping of a floral bouquet. By clicking on a QR code, you are guided through the process of selecting a bouquet and a Prada bag. Snap a quick pic and Viola! Your face is incorporated into the campaign on the bouquet of your own choosing, as seen below.

Multiple flower and bag options are available through Prada’s web application; a few combinations are shown below.

Prada fans in major cities can take it one step further by simply walking to their local florist, and buying a bouquet. Below are some of the photos that have been posted so far, no doubt wild postings of the campaign have only just begun!