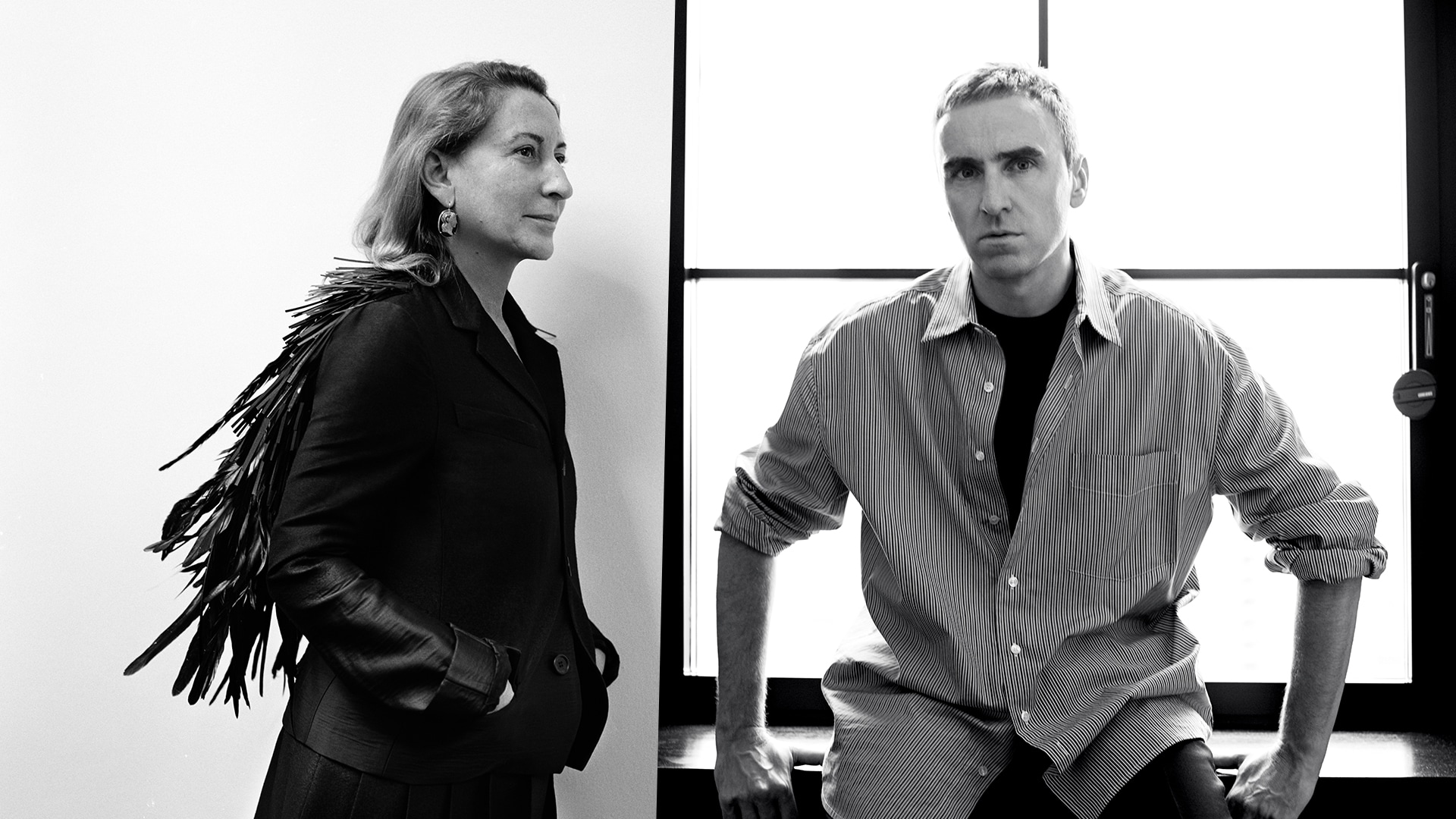 After Months Of Industry Speculation, Prada Confirms That Raf Simons Will Join House As Co-Creative Director

Starting in April, industry leader Raf Simons will join the Prada brand as co-creative director, working in partnership with Miuccia Prada with equal responsibilities for creative input and decision-making. The first Prada collection designed by Miuccia Prada and Raf Simons will be the Spring 2021 womenswear show, presented in Milan in September 2020.

The partnership, between designers widely acknowledged as two of the most important and influential of today, will encompass all creative facets of the Prada label. Simons will continue to design his eponymous menswear label. The designer is the first name design talent from outside the Prada family to join the house since its inception.

In Prada’s statement, the house recognizes that the combination of the two strong visionist presents a “challenge to the idea of singularity of creative authorship” but goes on to explain that it is a reaction to the era in which we live and as times change so should creativity. It can also be seen as the first step towards broader scopes of interaction – an initiation of free exchange and collaboration, a questioning of creative conventions.

The move is seen by many industry insiders as a progressive approach that is reflective of Miuccia Prada’s ability to collaborate with powerful creatives while being open to new ideas. The designer has denied the move is a step toward retirement.

Simons and Prada have a previous history as Miuccia Prada and Patrizio Bertelli, CEO of Prada Group, hired Simons as creative director of Jil Sander in 2005 when Prada owned the house before selling the brand to a London private equity firm in 2006.

Simon’s most recently served as first-ever Calvin Klein Chief Creative Officer, joining in 2016 to much fanfare, having previously served in well-regarded stints at Jil Sander and Dior. However, less than two years into his contact the designer and Calvin Klein parted ways in 2018. Calvin Klein parent company, PVH citied dipping sales in the houses’ core licensing businesses of denim and underwear as a key reason for the split. Industry insiders site the turn as a sign of mass direction for the house and the turning point for the decline of New York Fashion Week.

The move is a welcome one for the industry combining two industry notables who share a love of the arts and innovation.