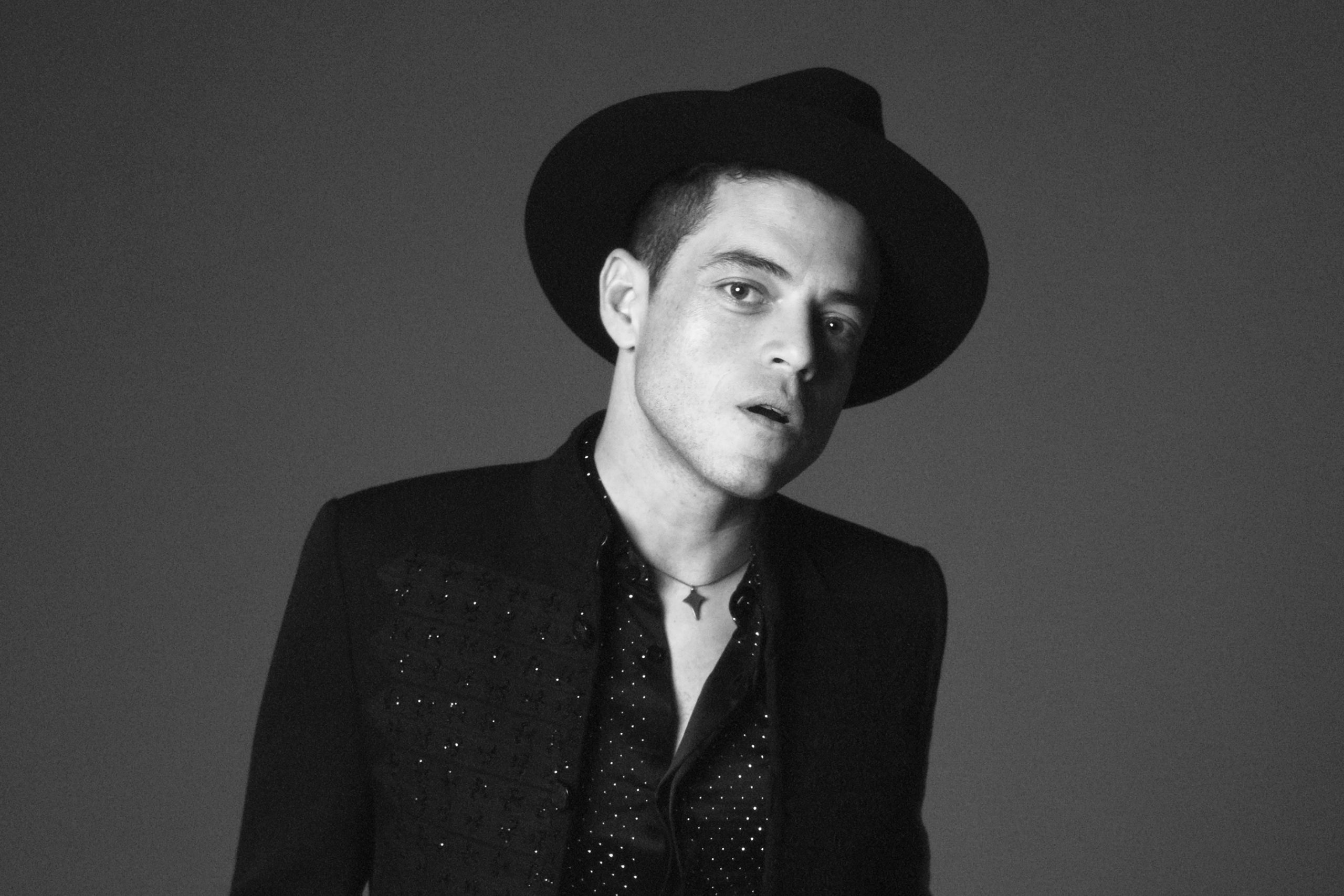 Saint Laurent Creative Director Anthony Vaccarello and Photographer David Sims have created an ad campaign featuring Academy Award winning actor Rami Malek. The campaign follows a previously establish course, as in 2019 Saint Laurent enlisted the help of actors such as Keanu Reeves and Finn Wolfhard to model mens’ fashion. Malek is a smart choice for continuing the trend, as he is both a critical success and a red carpet fashion darling.

David Sims shot each of these celebrity-focused campaigns using a simple black and white format, and in this new campaign, he has also included one image of full color. Malek is well-suited to be the newest muse for the brand because he has the bravado to take fashion risks, as evidenced by impeccably-curated outfits worn to various awards shows and press conferences. Also Malek exudes the type of raw sensuality that is Saint Laurent’s calling card. The ad campaign’s formula of celebrity + luxury fashion = ad campaign really is more than the sum of its parts, precisely because the celebrity Saint Laurent has chosen is an actor who’s star is shining extraordinarily bright. Malek is enjoying a career peak with presumably many more to come, and also looks amazing in Saint Laurent’s tight pants and tailored jackets. Subsequently Malek and Saint Laurent are a match made in (luxury mens’ fashion) heaven, and are the perfect pairing for ushering in a new and exciting decade.