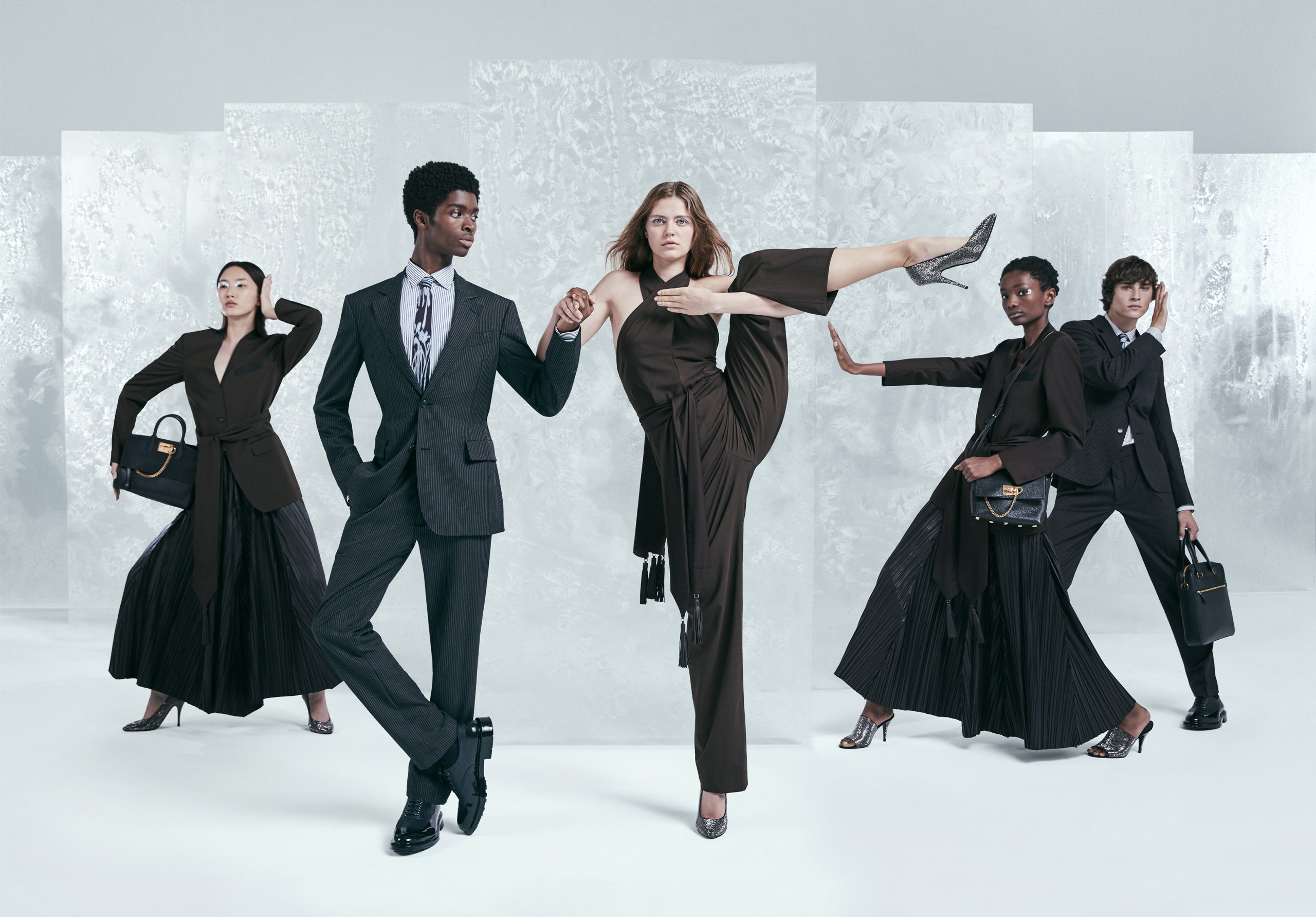 Salvatore Ferragamo Creative Director Paul Andrew collaborated with Laird & Partners, Creative Movement Director Stephen Galloway and Photographer Bibi Borthwick to create an energetically cosmetic holiday ad campaign. With photographs showcasing the materiality of the collection and a film featuring dynamically precise choreography, the campaign successfully communicates the flexibility of the clothing but doesn’t really dip beneath the shimmery surface. Feeling more like an isolated accent point, the campaign functions effectively in regards to the uppermost layers of form and texture, but does not expand the narrative of the brand as a whole.

The medium of dance is an appropriate choice for illustrating the versatility of the collection; the choreography in the film as envisioned by Stephen Galloway shows the range and ease of movement afforded by the clothing, highlighting the beautiful drape of pleated skirts, the flash of glittery pumps, and the shiny motion of silicon-enhanced menswear.

For this holiday season we wanted to emphasize the joy generated by inhabiting garments that afford a full, free range of effortless movement – and there’s no better platform for that than dance.

Additionally, the spirit of the holiday season is pleasantly evoked by a silvery monochrome palette with color-popping accessories in the film and photography. However when one takes a step back to look at the bigger picture, the campaign feels more like a punctuation mark rather than a complete sentence. Though the gestures in the film have a heightened sensitivity as compared to other dance-themed ad campaigns we have seen in the past, the overall concept of the campaign is not very different from more common fare offered by mainstream retailers.