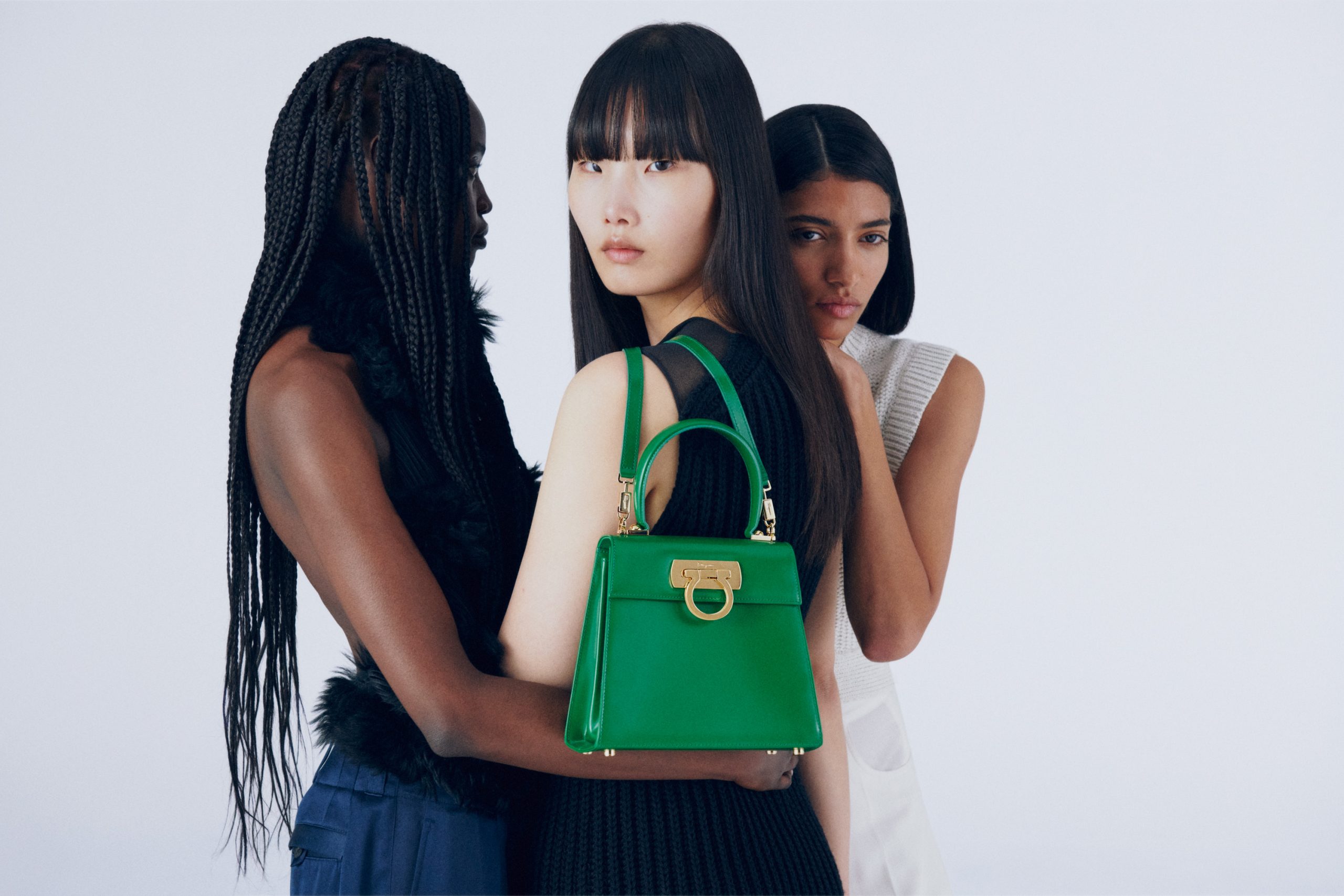 Salvatore Ferragamo celebrates a new relaunch of its Top Handle bag with a delicate yet powerful new campaign for Spring 2022.

Launched in the mid-90s by Fiamma Ferragamo, the daughter of Salvatore, the Top Handle’s status as one of the house’s most sought-after bags hasn’t prevented it from being frequently reinvented with special editions and experiments in material. Now the bag returns once again in a wide range of colors and leathers, at once refocusing and expanding its iconic style.

The campaign imagery keeps things focused and elegant with a simple color scheme and minimalist style that allows the bag’s personality to shine through, while also suggesting a feeling of sisterhood among its diverse protagonists.

The accompanying short film extends the feeling of tactility, focusing on details and bringing the senses of touch and sight to life through delicate yet powerful production.

Following a period of creative uncertainty after the departure of artistic director Paul Andrew, Salvatore Ferragamo has done a great job in refocusing on the design elements and ethos that made the house iconic and guiding them forward for a new era. This campaign is another strong example of the approach, and – especially in tandem with the exciting appointment of Maximilian Davis as creative director – we feel we have much to look forward to from Salvatore Ferragamo.