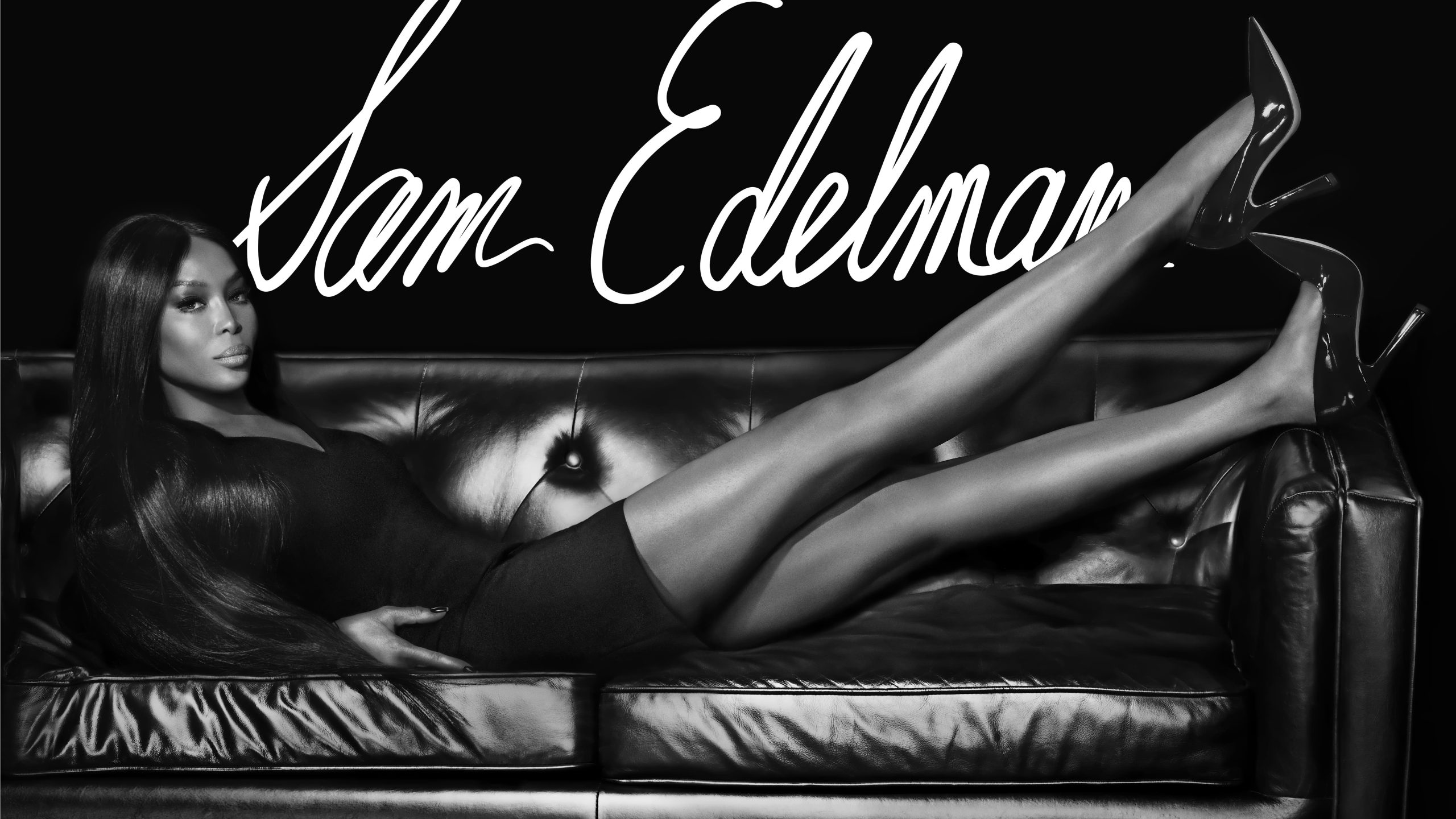 A pioneer in the fashion industry, Sam Edelman and his wife, muse, and business co-founder, Libby Edelman, collaborated with lifelong friend and advertising legend, David Lipman, on the creative direction for the campaign. Edelman’s vision was captured in a series of powerful images photographed by Steven Klein with makeup by Pat McGrath, styling by Patti Wilson, hair by Jimmy Paul, and production by Jack Flanagan.

“There’s nostalgia mixed with irreverence at the core of my design approach that radiates through the pictures of this campaign. A magic between Steven Klein, Naomi Campbell, and the Sam Edelman brand that screams a modern fashion story,” Edelman said. “This campaign is unlike anything else out there right now. It’s glamour, it’s fresh –all things that personify this powerful woman and my beloved brand.”

The campaign showcases key items from the footwear collection, highlighting both new fashion styles and the brand’s heritage classics. Exciting updates to Sam Edelman’s core assortment, such as the Felicia ballet, Hazel pump, and Lorraine loafer, are seen in a variety of bold colors and treatments. New classics, like the Drina riding boot, make their debut and celebrate the brand’s heritage of craftsmanship, integrity, and design.