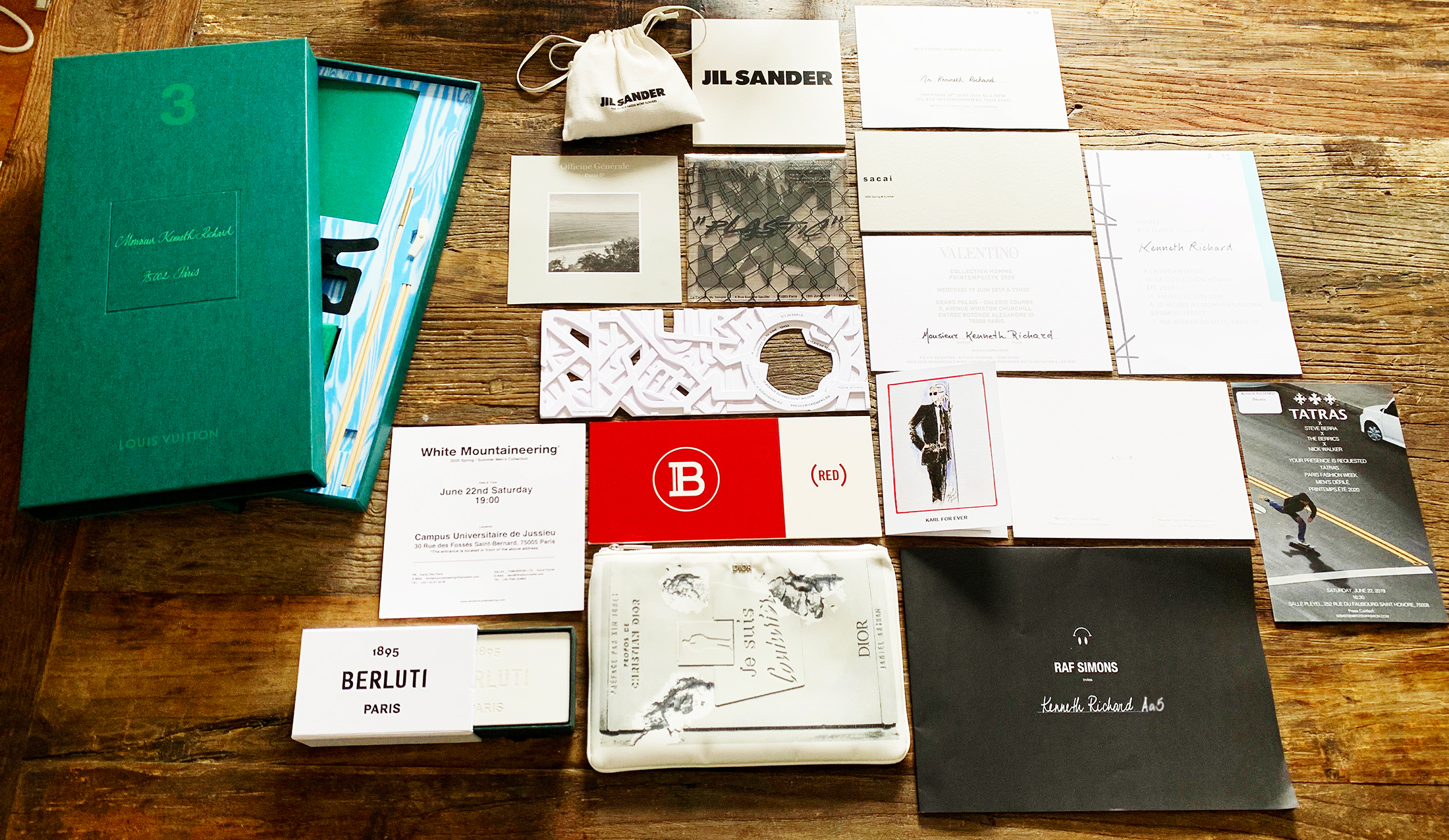 In the digitally dominated age, text message, email, and social media direct messaging are the appropriate forms of communication. A physical letter is a rarity. The beauty in creating or receiving a written, personalized, physical letter is a forgotten treasure replaced by blue bubbles of iMessage. Paris Fashion Week not only reconnects us with this formality, but shows that creation, evolution, and innovation are not limited to the future and now, but also the enhancement of our past.

Each invitation gave tactility to the words, “Welcome to Fashion Week.” However, a few fashion shows truly turned invitation into innovation. An email is only weighed in unseen megabytes. A letter holds mass in the palm of your hand. Berluti transformed something massless in today’s world, to a physical reminder of the weight their brand and invitation posses. They traded in traditional envelopes for a black cloth bag and, inside, paper was upgraded to an engraved paperweight. Berluti took the figurative gravity a letter may have and turned it into a literal weight one can experience and feel.

Like Berluti, Louis Vuitton soared in the creativity of their invitations. As texts are saved to Apple’s “Cloud,” Louis Vuitton urged a flight in physical clouds. Their invitations came in the form of building your own kite. Not only did they innovate the standard paper letter, but they urged and invited those who received their package to innovate as well. The kites also foreshadowed certain motifs of their Spring 2020 Men’s show. Kite-like figures were attached to the backs of many outfits, posted with the iconic LV symbol. Vuitton showed that letters no longer have to be grounded as they took their brand (and supporters) to new heights.

Europe’s fashion week soared due to their ability to physically connect with attendees–after all, fashion is for people, not devices. Contrastingly, New York Fashion Week’s decision to hold allegiance to digital invites anchored them to the normative. In addition to a lack of connection and creativity, it actually seemed to be less efficient than the physical invites. To enter the european shows, simply show your object of invitation. In New York, digital invites rely on finding the device, unlocking, searching for the invitation through countless emails, and trusting technology will have no fault.

Paris Fashion Week reminds all of society the potential a tangible letter holds: a physical and visual vessel of expression, innovation, and invitation.