The Emerging Brands Shoring up the Future of Men’s Fashion 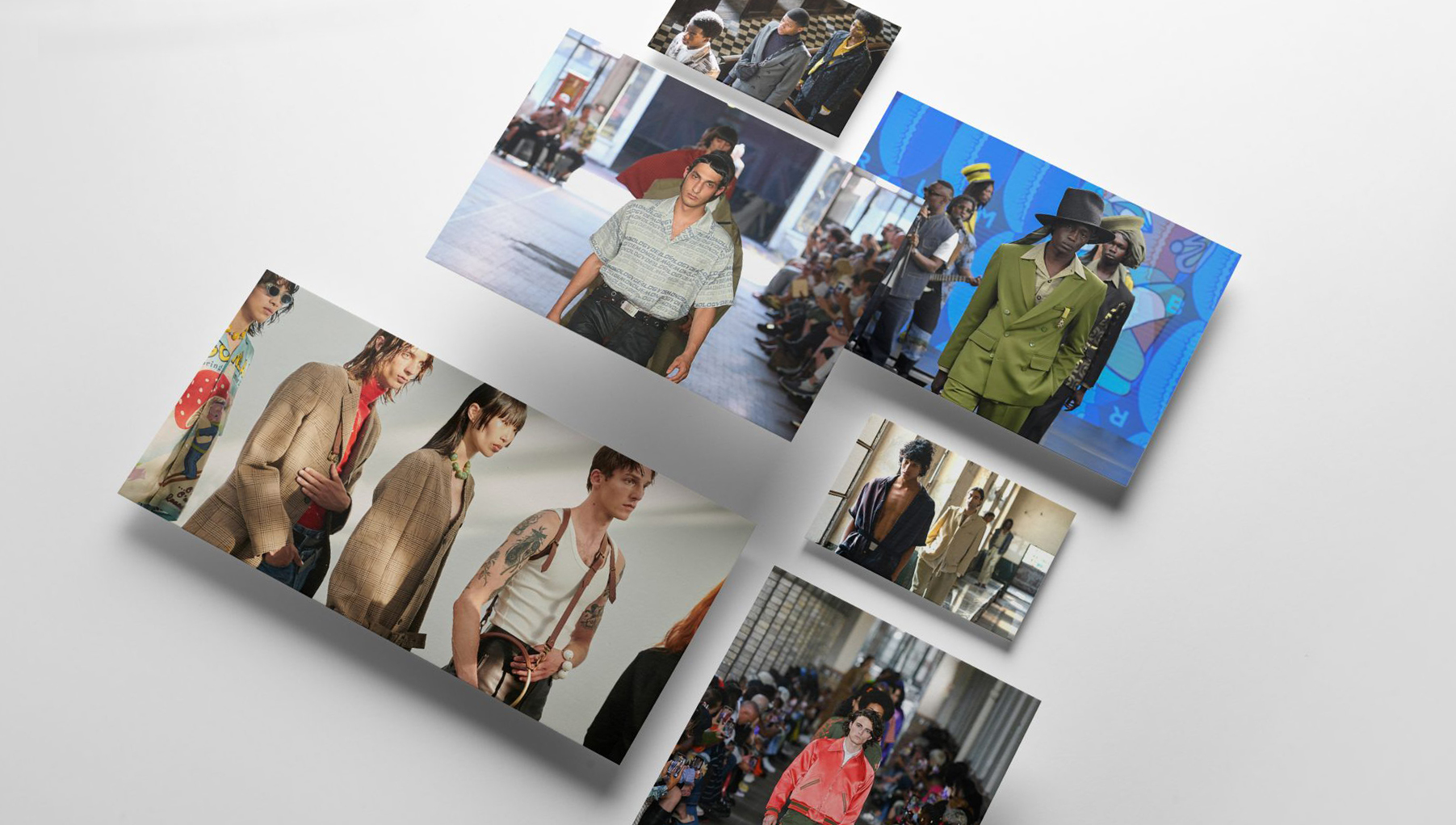 No longer is it the case that big names are the major drawer for editors and buyers at Men’s Fashion Week across the ‘Big Four.’

Providing a balm of individuality in a painful sea of sameness, a slew of new houses are pushing the buyers of independent boutiques and global retailers alike to go against the grain and stock – even if it is a small curation – products that will engage and delight their customers equally, getting them to switch their spend from graphic T-shirts to leather trousers with strategically placed zipper access.

If these brands are nurtured and supported financially and logistically, while being encouraged to build on the DNA that sets them apart, then the future of the menswear market looks set to surpass womenswear in terms of boundary-pushing and creativity.”

Reminding all who seek to consume or collaborate with his brand that it is #designedbyanimmigrant, Foday Dumbuya’s background, which spans Sierra Leone, Cyprus, and London, spills out into his collections that combine his West African heritage with a London edge (the name Labrum literally meaning to have an edge).

His collection for spring 2023 is a timely commentary on today’s most pressing political and global issue, namely the ‘Freedom of Movement.’ Rather than focus on what divides us, Dumbuya instead took to celebrating the way in which cultures that live together side-by-side in a ‘borderless society’ can foster a new sense of creativity. Organic patchwork tailoring in two-tone neutrals, metallic jacquard inserts, a clever take on incorporating his logo within a cowrie shell print, and a textured take on the shorts set were key call-outs from this season.

Graduating from Fashion East, one of the industry’s most innovative incubator programs – which boasts Kim Jones, Craig Green, and Wales Bonner among its alumni – Dublin-born Robyn Lynch founded her namesake brand upon her graduation from a Masters at the University of Westminster, her Irish roots permeate through her reworking of traditional Aran knits with youth-tribe silhouettes that honor both the terraces and the streets.

On only her second outing, Lynch’s current collection would inevitably stand out in a severely truncated London Fashion Week Men’s schedule. And without missing a beat, the designer continued to build on the silhouettes that have become her calling card i.e. sports-inspired separates in vivid brights which feature subtle tweaks that garner that all-important second look. A tight edit inspired by family trips to the coast spawned cheeky logo T-shirts and technical sportswear that will be differentiated by lynch’s use of recycled nylon in glossy finishes rendered in a pair of mini shorts, bungee-cord belted roll-neck sweaters and cocooned knitted ponchos in an ash grey and a butter yellow.

Quintessentially Italian, yet ‘Messing’ around with the fundamentals of wardrobe staples, Luca Maglianos fashion brand is an emotional study of culture and society.

Selecting a near dilapidated building to host his most recent show, the raw industrial space set the scene for a collection that riffed off soft volume silhouettes, stripped-back preppy codes, and twisted utilitarianism.  Adding offbeat additions – such as ‘Designer Dirt’ to denim and belting a terry towel to create a skirt – are some of the ways in which the designer plays with his chosen medium. It must also be noted that Maglianos casting offered a blueprint for the more established Italian brands; here, he considered models varying in age and race, demonstrating the way in which his collection will resonate with consumers across a range of demographics.

Jordan Bowen and Luca Marchettos hybridized label Jordanluca leans heavily on counter-culture references, backed with a true understanding of the importance of craftsmanship to provide a base for their particular brand of fluid masculinity.

The pair took expertly finished maximal trench coats, tailored trousers, and blouson-like shirts and applied a level of ‘Radical self-sabotage’ to create something wholly unexpected. Subverting through horizontal zippers which could either create a draped, almost torn effect on sleeves, or face into the heightened interest in kink when placed at the front of trousers, as well as the underlying nod to goth adding interest to a summer season – think spider crochet knits, black lace, and spiked jewelry – among the experimental were also ultra-wearable branded tracksuits, retro-printed shirts, and colorful knits.

Egonlab duo Florentin Glémarec and Kévin Nompeix see themselves as visual artists, purporting that fashion should offer a ‘form of escapism’ as opposed to imprisonment, straddling the line between the masculine and feminine with a rebellious spirit that is at once modern, and at the same time living in a semblance of the past.

Belying the fact that this was only their second runway show, their Urban-Punk DNA, which aims to be inclusive of all bodies, ages, and genders was rinsed through with a lighter, more child-like touch this season. As an antidote to the world’s troubles, Glémarec and Nompeix chose fun and a hyper-feminine take on the decadently tactile. Creating a way for the wearer to express themselves, free from gendered boundaries, sheer layering of iridescent sequins in solid or floral patterns will become a new way to do occasion dressing that has a coquettish charm, while double denim was realized as a mini and wide leg that will work just as well as separates.  Cartoon-esque graphics were a literal incarnation of the collection’s title, “Wonderland – The Egonlab Playground,” with cutesy bunnies and farmyard animals emblazoned across crochet knits and fitted T-shirts. The mini-short was also featured heavily in tailored checks and black leather, encouraging the wearer to embrace these new codes of masculinity.

As a semi-finalist of the LVMH Prize for Young Fashion Designers, Anthony Alvarez whose background is French, Filipino, and Spanish, by way of New York, sees the commonality between cultures.

The bohemian Californian spirit has been a boon for menswear designers this season, with board shorts and skateboards popping up in several collections across the big four cities. Here the Monterey Festival was the starting point for Alvarez’s Spring Summer 2023 show, coupled with a flash of new rave, and the trend was once again revamped for a generation fully embracing outdoor festival life once again.  Satin bomber jackets, spliced animal prints, and bedazzled embellishment added a fresh take yet were grounded with the introduction of utility details.  Multi-colored crystal-embellished graffiti that was printed on shorts and trousers will appeal to Bluemarbles youthful customer that is tuned into anything Y2K-inspired.