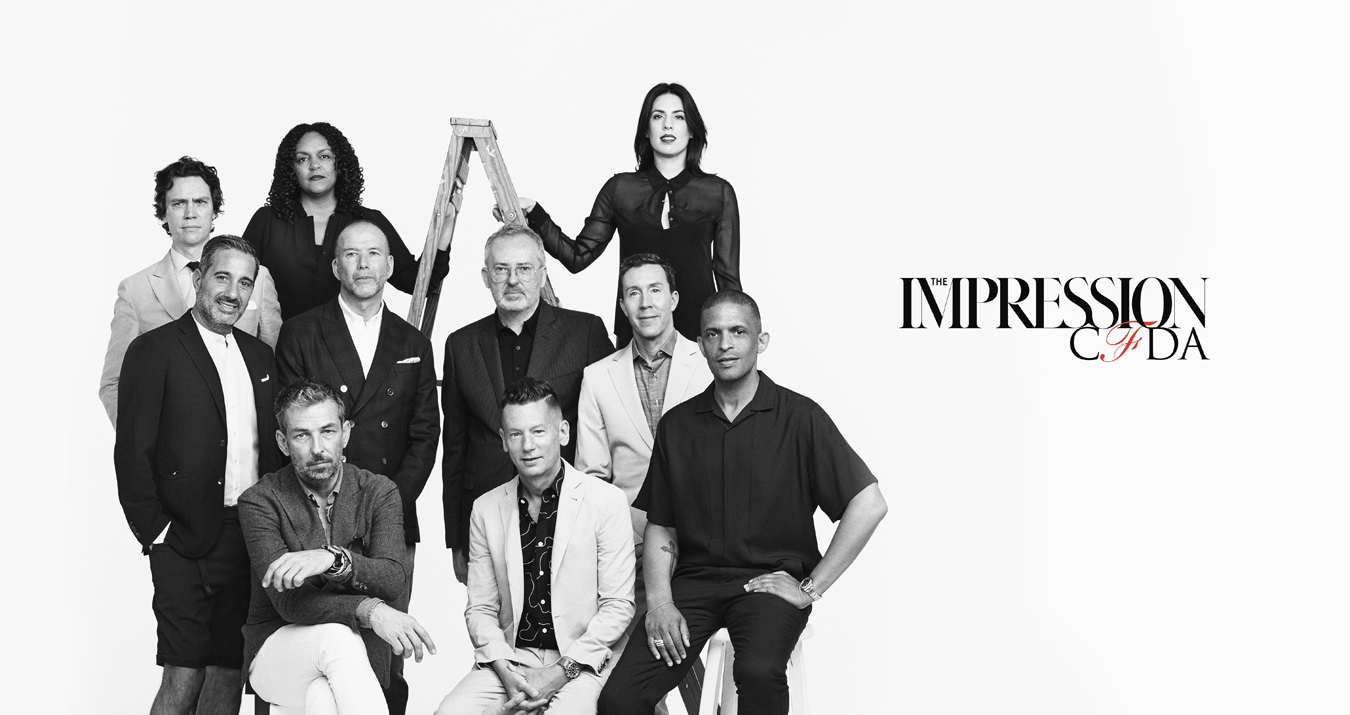 New York, United States – While the European Union may be in the midst of questioning its unity, New York Fashion Week: Men’s has been solidifying its position in the global fashion landscape and The Impression and CFDA are partnering once again to celebrate American men’s fashion.

For this print issue of The Impression/CFDA magazine which breaks on Monday, we brought together ‘The Industrialists,’ those whose role it is to curate designer visions, be it as a retail fashion director, luxury magazine editor, public relations specialist, or trade show producer. Captured for our cover story by photographer Marco Pedde of BFA, we found that, despite their diverse goals, all were united in the value that NYFW: Men’s brought to the global landscape. It was a pleasure to hear not only of their growing businesses because of NYFW: Men’s, but also the new talents and businesses they discovered because of it.

[column size=two_third position=first ][quote text_size=”small” author=”– Kenneth Richard, Chief Impressionist”]
We are honored to partner with the CFDA, not simply because they are an iconic institution, but because Diane von Furstenberg, Steven Kolb and the CFDA team have built a community that, like The Impression, celebrates and champions creatives. We are storytellers who seek to inform and inspire, and the CFDA is quite inspirational.
[/quote][/column]

[/column]
Never one to shy away from discovery, we spoke to the All American designer, Tommy Hilfiger, about his journey while waving the red, white and blue flag. From his humble beginnings as a retailer to expanding his brand overseas, Tommy unveiled how he navigated critical crossroads, and those who helped him along the way. Often, the measure of a man is his ability to recognize the contributions of others to their success and in that, Tommy is every bit a champion.

Likewise, we would like to recognize the CFDA, BFA, Box Studios, Pier59 Studios, and so many others for helping us share our fondness for our industry. That passion for NYFW: Men’s will be celebrated throughout this week on TheImpression.com and CFDA.com, highlighting all the week has to offer. So take a look and dive in, you might just find that you, too, will become united around it.

NOTE FROM THE CFDA

Partnering with The Impression made sense for the CFDA. For one, its founder Kenneth Richard was once a designer and CFDA Member. In the past year, he and his team have built an impressive publication and online destination that has caught the eye of fashion creatives from designers to photographers to art directors.

[/column]The fashion landscape is changing, and American menswear designers are embracing this as a moment of opportunity. This New York Fashion Week: Men’s, several, like Todd Snyder, Timo Weiland and Tim Coppens, will feature items immediately available for purchase. That’s not the only news this season. Cadillac House serves as an additional venue, and Dwyane Wade, Shaun White, Kellan Lutz, Eric Rutherford, Travis Mills and Jerry O’Connell are NYFW: Men’s ambassadors. You will see them at the shows, and maybe you’ll catch them shopping straight from the runway.

For a front row view of the New York Collections, the CFDA is proud to once again partner with Kenneth Richard and his team at The Impression. I hope you take a moment, soak in all the change, and enjoy the new issue. Special thanks to Box Studios and BFA