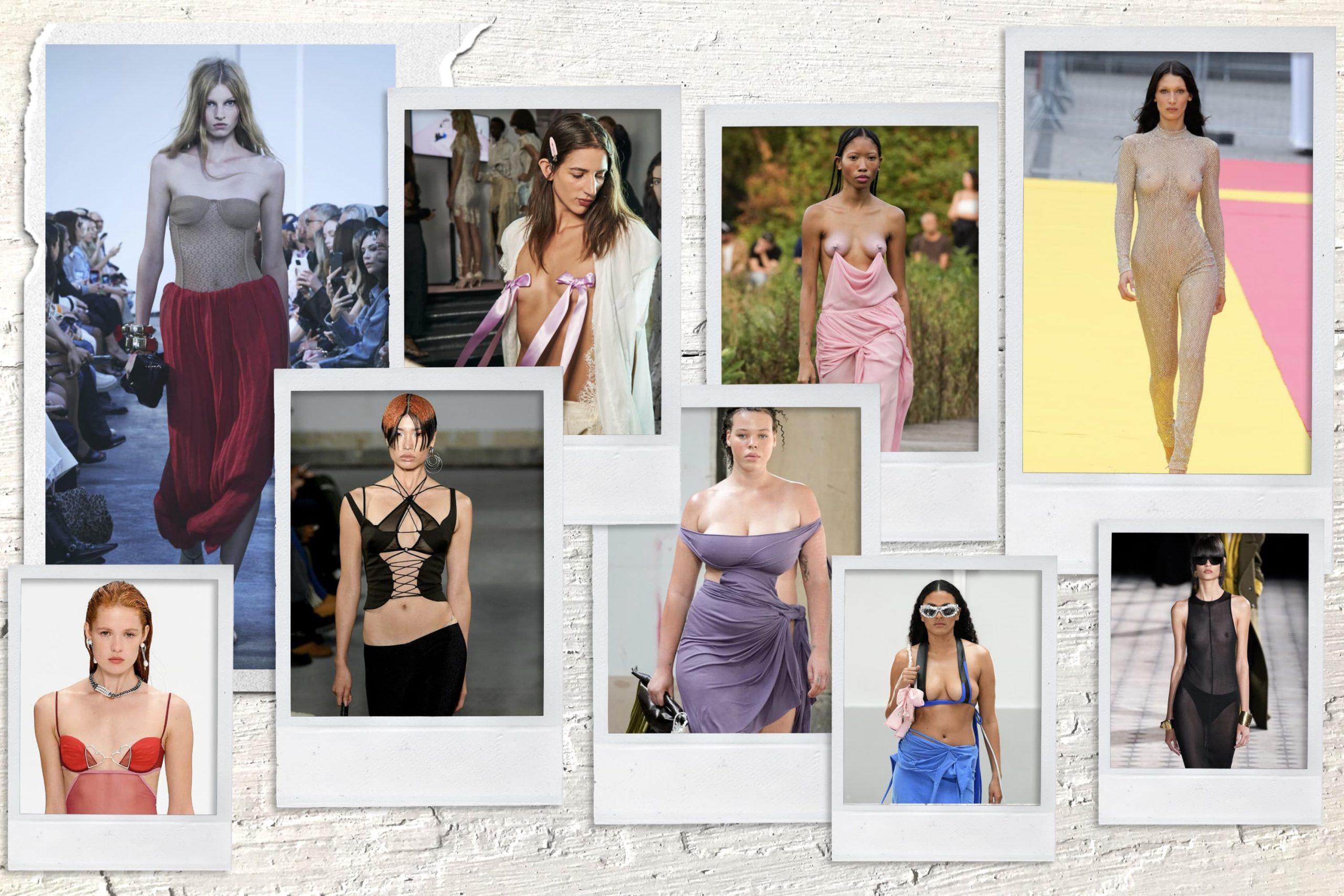 More reveal than conceal, collections were coming apart at the seams as hemlines rose, busts were put on display, and legs became the new erogenous zone.  Of course, its nothing we haven’t seen before, but this season there was so much more on display – literally and figuratively.

The designers who had a unique viewpoint and made the trend relevant again, were those who included (or even excluded) a singular body type. Enter Karoline Vitto, whose showing as part of Fashion East was notable, not just for her casting of exclusively fuller-figured models, but for the way in which her designs celebrate every inch of a woman’s curves, definitely a season stand-out.  Elsewhere cut-outs felt more organic or caged the body – see Christopher Kane – and while it may skew towards a younger demographic, the use of sheers (chiffons and knits) gives consumers a way to partake in a more modest iteration of the trend.