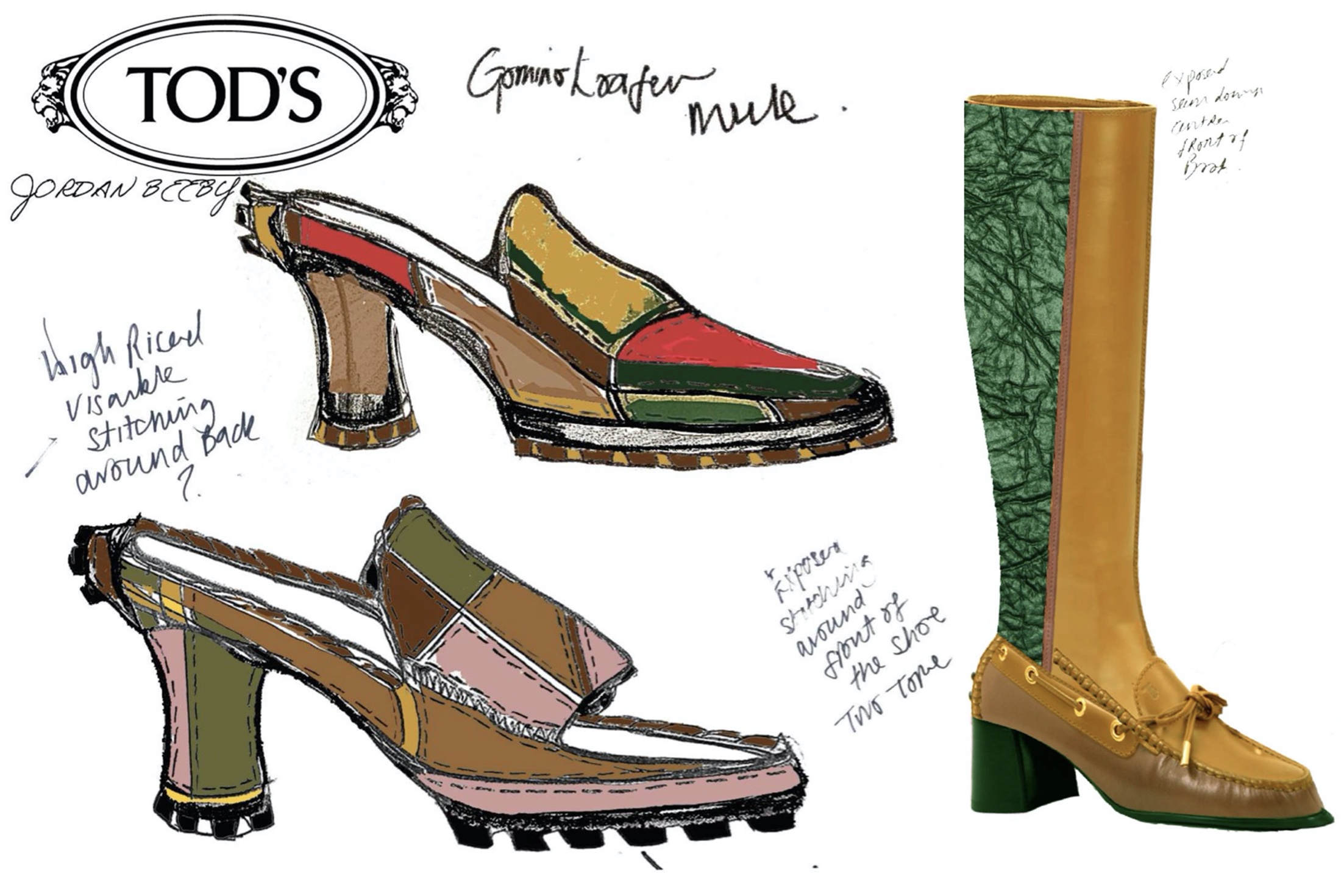 The Tod’s Legacy project has headed back to school to collaborated with 35 young designers from Central Saint Martins to interpret Tod’s staples.

Tod’s Legacy is an initiative conceived by the Tod’s Group and coordinated by Fabio Piras, course director of Central Saint Martin’s MA Fashion Course. The team has subsequently developed ‘Tod’s Academy,’ a laboratory of ideas based in the Brand’s HQ in Italy’s Marche region. The goal is to protect and extend Italian craftsmanship from generation to generation.

The relationship is mutually rewarding as Tod’s has awarded the students scholarships and appointed mentors for this project to focus on the creative process interpretive design. Some students will also have the opportunity to further enrich their knowledge through an internship at Tod’s Academy.

For this project, The Central Saint Martin students were each challenged to develop a unique proposal working with Tod’s signature pieces. The students worked with deconstructed, patchworked, embroidered, and sustainable products to embrace Tod’s DNA and make it their own.

“This is a beautiful project that supports students and at the same time brings unusual and innovative points of view to Tod’s. Thanks to all the mentors who helped us and thanks to Central Saint Martins and Fabio Piras for their precious contribution”

In this analysis process, each student was supported by a mentor from the industry to evaluate choices and make suggestions. The roster of mentors involved in Tod’s Legacy includes reputable international editors, journalists, and designers: tastemakers such as Hamish Bowles and Gianluca Longo, editors-in-chief such as Emanuele Farneti and Simone Marchetti, critics such as Sarah Mower, Alexander Fury, and Angelo Flaccavento, stylists like Francesca Burns, designers such as Simone Rocha and Charles Jeffrey, talent scouts like Sara Maino.

The result is a personal interpretation of ​​legacy. The project began with Tod’s heritage for interpretation and incorporating students’ innovative voices; this generation of creatives blends their legacy – culture, studies, and family – with the brand. The idea has class and put’s Tod’s at the head of the classroom.