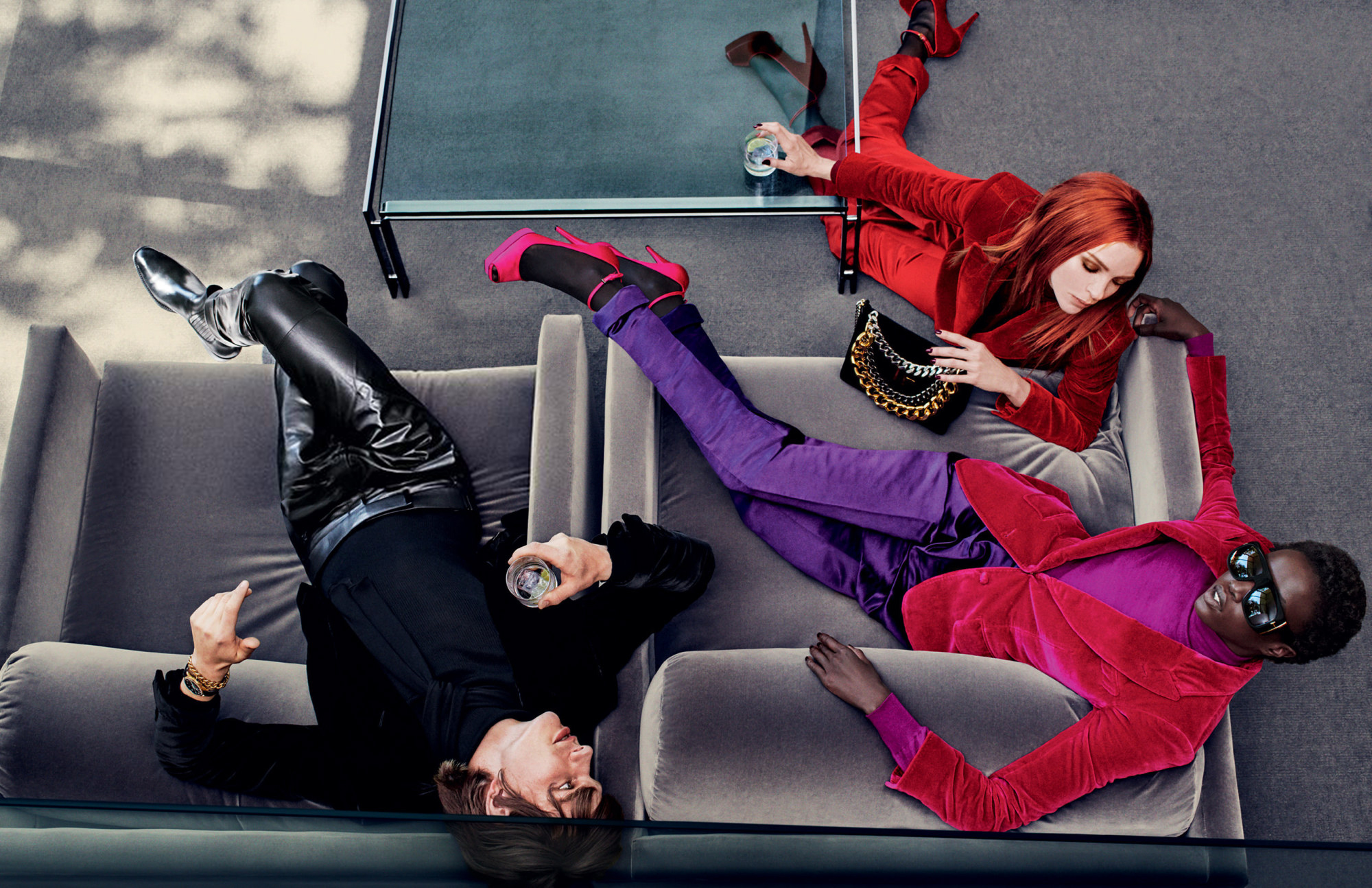 Meet excellence. Tom Ford hosts a dinner party of formalities and luxury in the fall 2019 ad campaign shot and directed by Steven Klein.

Glamour gushes from the images of the campaign shot in what seems to be a living room.  This home setting is juxtaposed by the luxurious looks and clothing styled by Carine Roitfeld. Purposing a home as a gathering of looks from the models creates an inviting and familiar “dinner party” nostalgia for the consumer as themselves can now envision their own Tom Ford styled gatherings.

The theme was written on Ford’s Instagram as Model Anok Yai is “introduced” to her fellow talents in the campaign. This bridging of people is a key element in what fashion does: inspire, exhibit, and connect. Which certainly plays into Ford’s new role as leader of the CFDA.

An exhibition of newly made connections brings together people in the name and label of the Tom Ford brand in his 2019 fall campaign. A beautiful capturing of elegant silhouettes in a laid back environment has us all waiting to meet the new collection in our own living rooms.