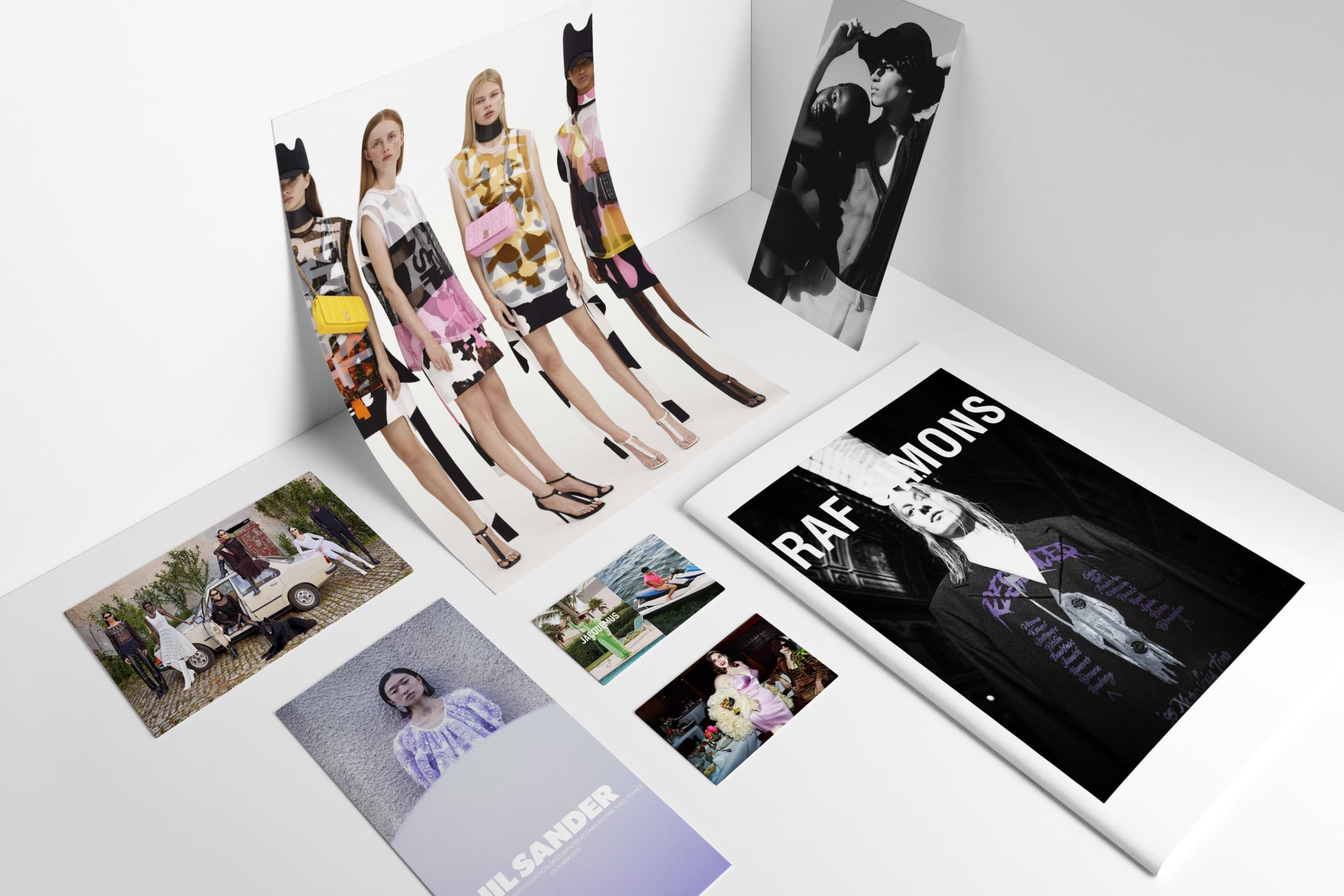 In a world of images that is dominated by clutter both physical and digital, the simple has a striking power to cut through all the noise. Simplicity is a luxury. When an endless stream of content is just a scroll of the thumb or a turn of the head away, the simultaneous immediacy and timelessness of a great portrait offers a powerful invitation to slow down and take some time to spend one of today’s most precious resources: attention. This was the approach taken by Burberry, Jil Sander, Versace, and Raf Simons, who all – though each with their own distinct perspective – flexed confidence and poise as they stylishly reveled in the simple.

Meanwhile, Gucci – perhaps the most frequent member of our top campaigns lists – and Marine Serre explored richly textural and colorful visual worlds populated by liberated, egalitarian idealized societies. Though the two imaginary worlds are rather different from each other, both felt like exciting explorations into possible positive futures refracted through details of the now.

While Ralph Lauren didn’t have to imagine a different world for its excellent Morehouse & Spelman collection and campaign, the project did take wisdom and courage. Focusing on the impact and importance of historically Black colleges and universities – the legacy of which reaches back centuries and continues to be essential in shaping individual lives and cultural movements to this day, and will be long into the future – the brand took essential steps to recognize the diverse face of the American Dream, and does so in impeccable style.

Here are the Top 10 Fashion Ad Campaigns of Spring 2022 as selected by our Chief Impressionist, Kenneth Richard.