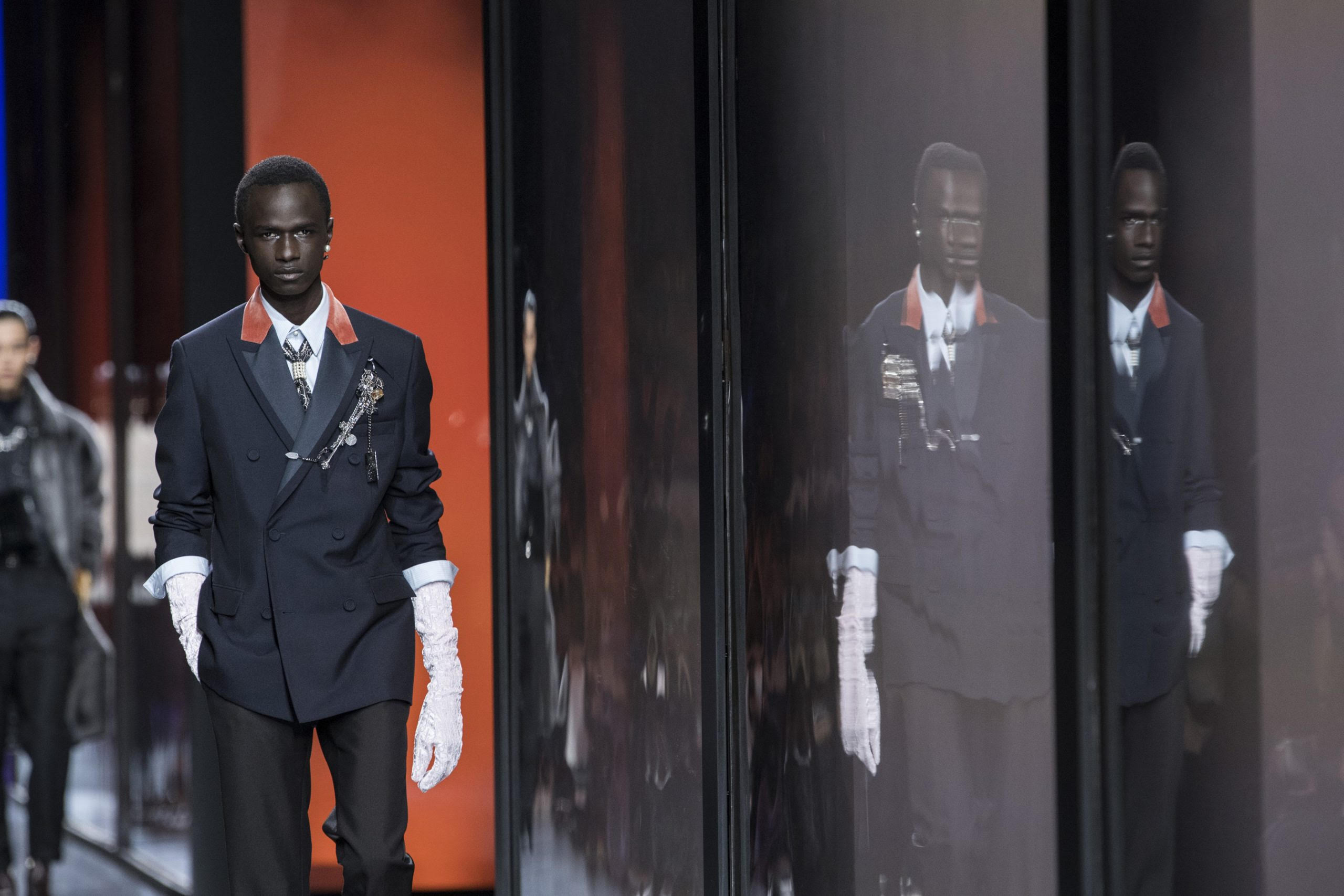 The first month of 2020 heralded a heightened sense of political activism through designers’ creativity, as evidenced by many of The Impression’s Top 10 Fall 2020 Men’s Fashion shows. Perhaps most ubiquitous was the concept of gender-nonconformity and inclusion of the non-binary elements, illustrated in various degrees by Marni, JW Anderson, Dior Men’s, and others. Alessandro Michele of Gucci tackled issues of gender head-on by calling out toxic masculinity and producing a collection that embraces the idea of carefree boys playing dress-up, heedless of the gender norms society might try to impose on them. Interestingly, Virgil Abloh for Louis Vuitton also delved into childhood memories for inspiration; although the results were less gender-fluid than Gucci’s collection, the outcome did include various interpretations of men’s suiting that incorporated outsized frills and ruffles, plus a shirt with lace-like cut-outs using shapes from Louis Vuitton’s iconic luggage motif. Perhaps the most impactful political statement came from Raf Simons, whose “Solar Youth” walked down the runway with arms constricted by clear plastic, zippered textile wraps, and fur-lined hand warmers under a blaze of yellow light, which seemed to mimic sunshine struggling through a haze of smog. Dystopian and post-apocalyptic with hints of grunge and metal, Simons seemed to be channeling the sad beauty of a dying world, which future generations may inherit if we don’t implement systems to reduce ecological degradation in the coming decades.

Here are The Impression Top 10 Men’s fashion shows of Fall 2020 season as selected by our Chief Impressionist, Kenneth Richard.