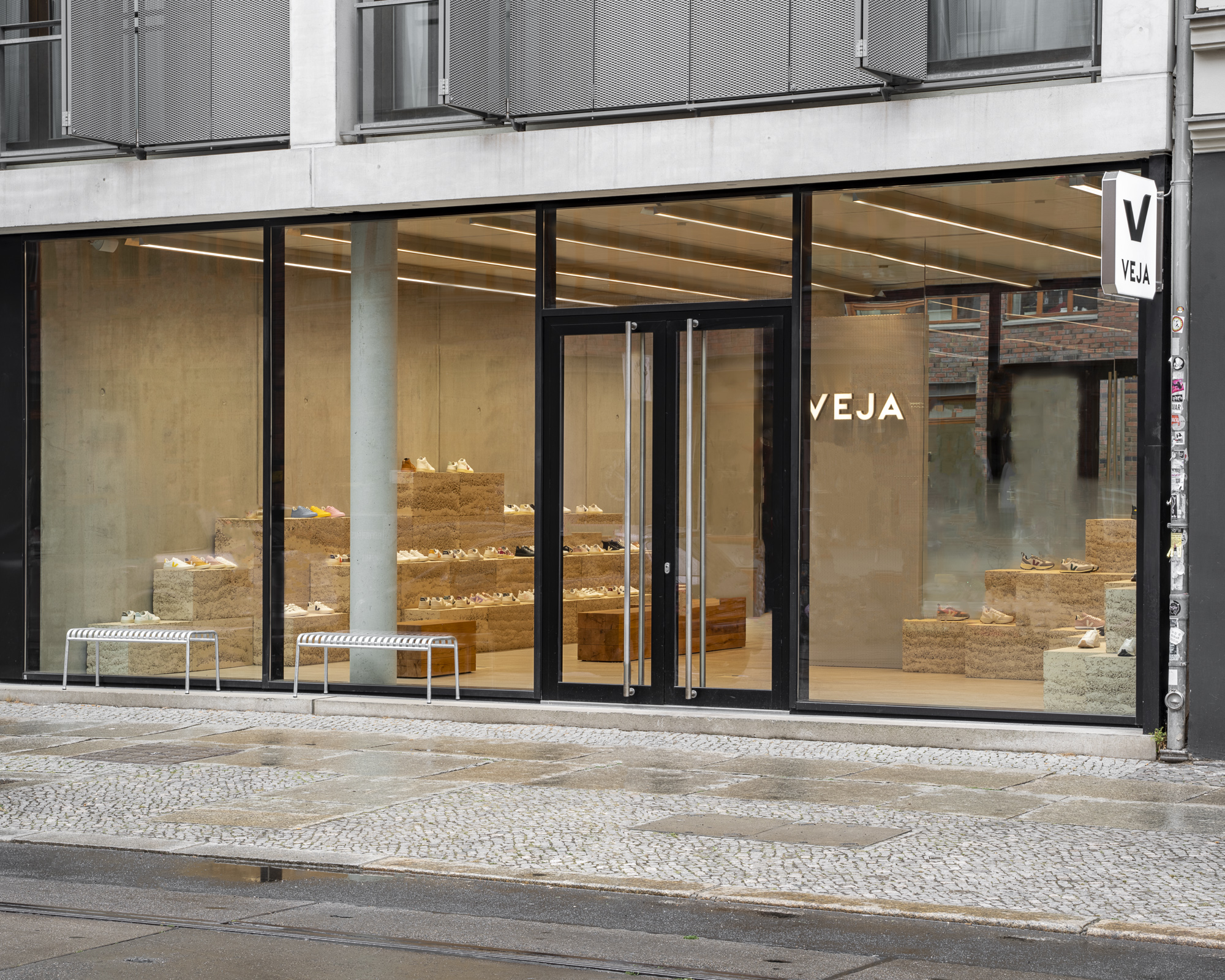 Berlin is an important place in Veja’s history: it is one of the 1st cities where the Veja project started 17 years ago. One of the 1st cities to have welcomed and believed in Veja back then. After 17 years, Veja opens its new store right in the central and historic district of Mitte, in Alte Schönhauser Street, one of the iconic streets of the German capital.

A lot of people told us: “you should not open in Berlin, it is difficult there.” But we didn’t care, we always launch projects in the places we love the most. Berlin is a balance between coolness and the weight of history, between modernity and the underground artistic scene. This city reminds us of São Paulo, with a brutalist post-soviet architecture. Every time we come here, we feel at home.

For the store’s design, Veja chose to work with the Berliner architects Gonzalez Haase. We worked together using raw materials: concrete, oak, steel, and soil.

The inspiration behind these 100 square meters lies in the minimalist design of Berlin, which is already found in Veja stores in Paris, Bordeaux and New York. The sneaker racks are made of rammed earth: a mixture of soil and concrete. This material was conceived by Frank Lennart, a German craftsman. The store will be powered by Bürgerwerke, a supplier on renewable electricity.

In addition to the men, women, and kids’collections, an in-store cobbler will propose the repairing and cleaning of sneakers and shoes.

Our first cobbling project was launched in June 2020 in Darwin, Bordeaux: a space to clean, repair and collect old pairs from Veja and other brands. In July 2021, a new cobbler shop opened in Paris, in Galeries Lafayette. More than 2 800 pairs have been repaired so far.