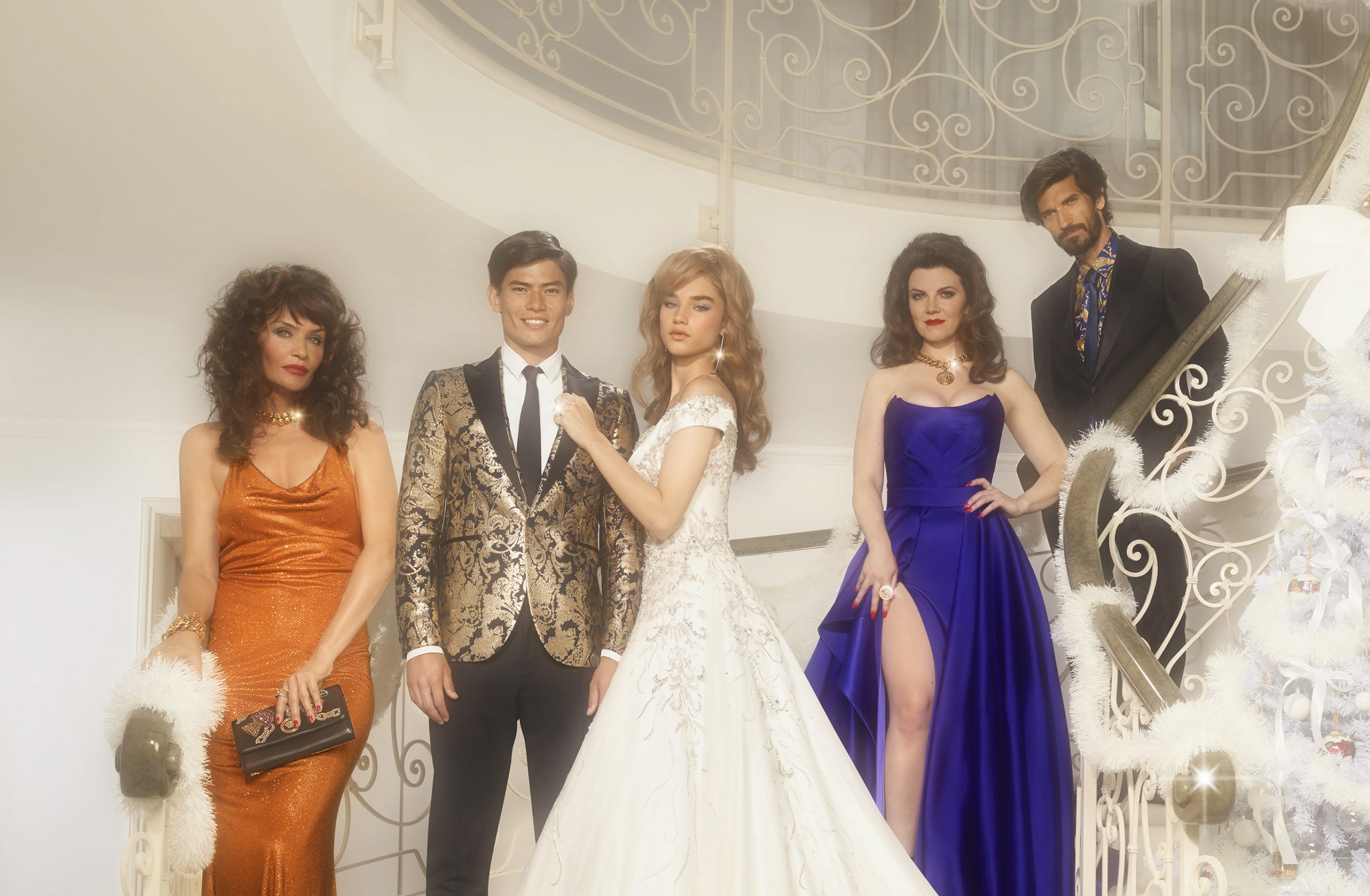 Versace partners with multi-media artist Sarah Baker in a campy ad campaign that is glitzy, gaudy, and has it’s tongue firmly in cheek. Indulgently endearing like a guilty pleasure, Baker reigns supreme in this 6-episode soap opera set in Hollywood circa 1980, with episodes clocking in around 35 seconds each. Helena Christiansen stars alongside the artist as the Baroness, with a cameo by Donatella herself in last episode.

Born in San Francisco and spending her early years in Buffalo NY, London-based artist Sarah Baker has long been obsessed with luxury, celebrity, fashion and spectacle. A self-professed stalker of romance novelist Jackie Collins and lover of the nighttime soap opera genre, Baker even has her own line of perfume, which is inspired by the extravagant world she creates through her video and performance art.

Baker and the House of Versace are a glittery match made in heaven, as their aesthetics dovetail seamlessly. The collaboration provides a vehicle for Donatella Versace to reclaim her outrè persona, and gives Sarah Baker the opportunity to infuse her beloved genre with the theme of female camaraderie. Baker’s character Angelina teams up with the Baroness to turn tables on the villainous Angelo, and proclaims the title of her new hit single for “Narcissist Records” will be called “No More Catfights”. The ad campaign will be accompanied by an art book that is available for pre-order now at baronmagazine.com.

Though the result is glossy and topical, the trend of fashion houses supporting artists is commendable (no matter how idiosyncratic they may be). In this case, it is a win-win situation for Versace, Baker, and the viewers who get to escape for a few minutes into a fizzy flight of frivolous fantasy.