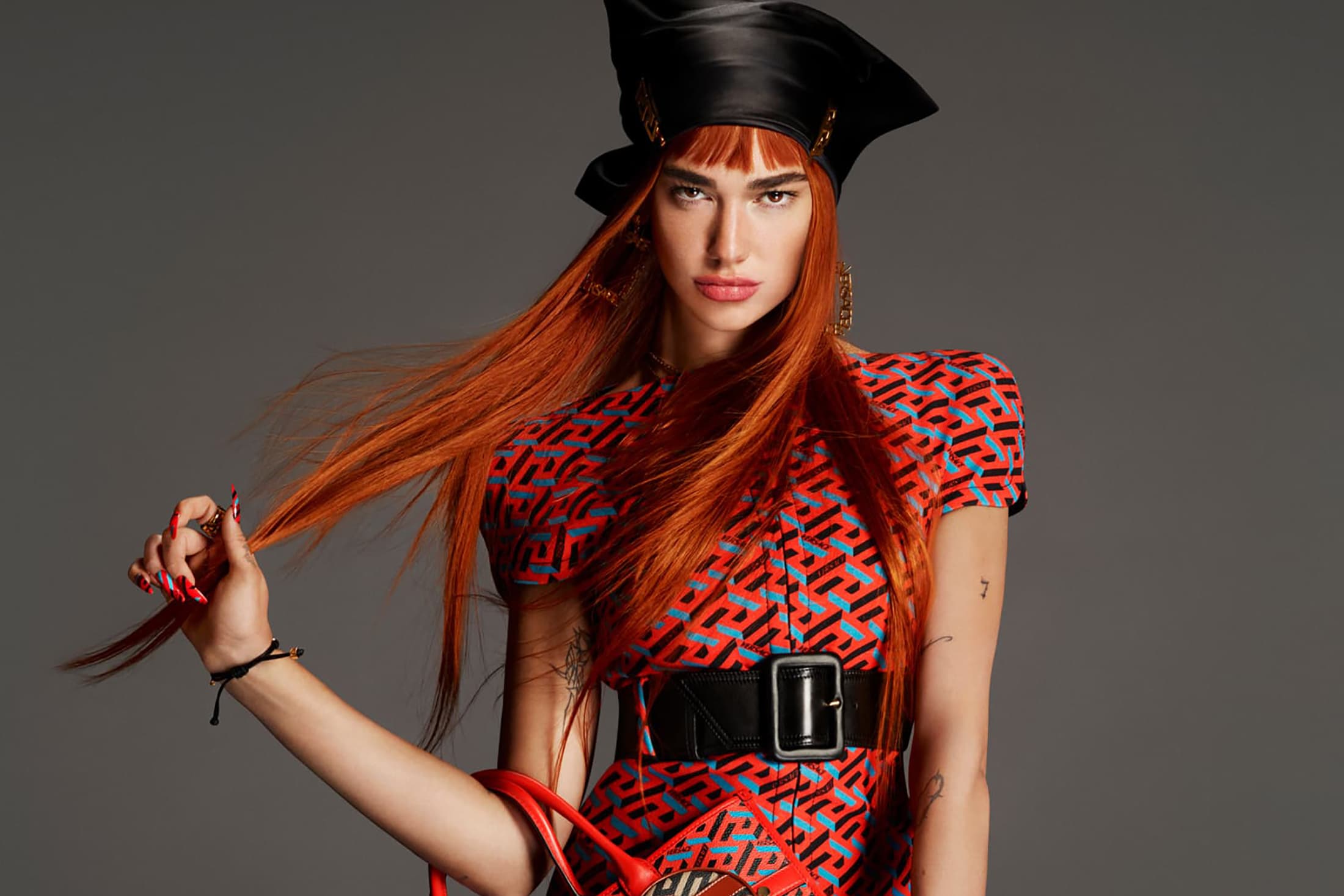 Versace Shares a Sneak Peek at the Upcoming Campaign, which Is the British Singer’s First-Ever High Fashion Campaign

Versace has announced Dua Lipa as the face of its upcoming Fall/Winter 2021 Women’s ad campaign. The iconic house teased us with a brief series of images ahead of the full reveal. Captured by photography duo Mert & Marcus, the portraits feature Lipa – making a fiery debut as a redhead – in a range of bold Versace looks.

Though it’s the singer’s first time collaborating with the house, she and Donatella Versace have had a productive friendship for several years. The creative director dressed Lipa in an Atelier Versace gown for her first Met Gala, and most recently, the singer wore a jeweled Versace gown at the Grammys red carpet in March.

I met Dua for the first time a few years ago in London. I knew she was a beautiful girl but when I heard the
timbre of her voice, I realized immediately she had something unique and special. Since then I’ve watched her career take off and partnered with her for many amazing moments. Right now, I cannot think of a better woman to embody the spirit of Versace and of this collection.”

Lipa’s switch to red hair was actually prompted by Versace herself, who also made a similar move when Gigi Hadid opened the house’s runway show with newly rouged hair in March. The power of the look on Lipa is undeniable, and considering her commanding looks and star power, it’s a bit surprising that this is her first campaign for a major fashion house – but Versace’s offerings for this season make a perfect fit, so the wait was worth it.

We’re looking forward to the reveal of the full campaign, which launches on August 30.