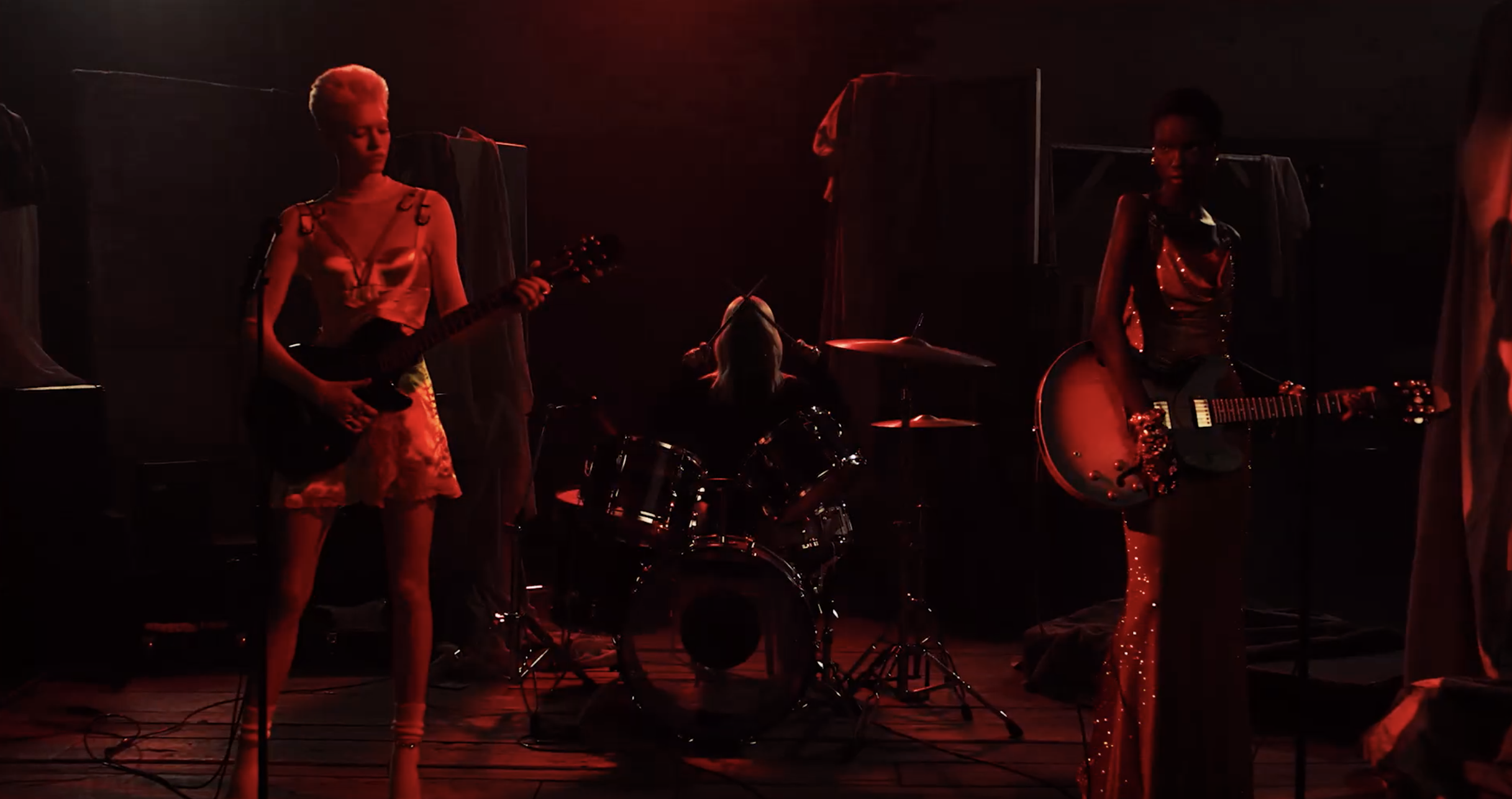 Donatella Versace rocks in Versace’s first official campaign under Capri Holdings. With the creative direction of Ferdinando Verderi and imagery by Steven Meisel, Donatella and the brand put on a vibrant and loud campaign that sings in color, sound, and concept.

This is not the first time music and Donatella Versace have coincided side-by-side. In a 1995 Versace campaign, Steven Meisel lensed music icon Madonna in hopes of resembling Donatella herself. Now, in the 2019 Versace campaign, Meisel lenses Ms. Versace drumming as she leads her band and brand in song. This correlation of music not only speaks for Ms. Versace’s personal love for rock music, but for inspiration and feel of the fall line as well. Bright hues and bright hair compliment a luxury-grunge composition for the Versace campaign.

Creative Art Director Ferdinando Verderi is no stranger to making the Versace name known. In previous ads, he has focused on one word: Versace. Now, having Meisel capture Donatella Versace peforming in the red ambiance, Verderi is putting her famous face and sound to the brand’s name. Music, like fashion, is a composition of many elements, colors, and personas. Comparing fashion and music leads to a realization of the lyrical, emotional, and expressive qualities they both share. In shift from the premise of purely the world ‘Versace’ to putting people and pitch in , he adds volume and character to the already worldly brand.

Counting off with drumsticks, this campaign exhibits the life, legacy, and lyric of the Versace brand. Steven Meisel and Ferdinando Verderi create a fall 2019 ad campaign that captures both style, rock, and Donatella beating to the Versace drum.