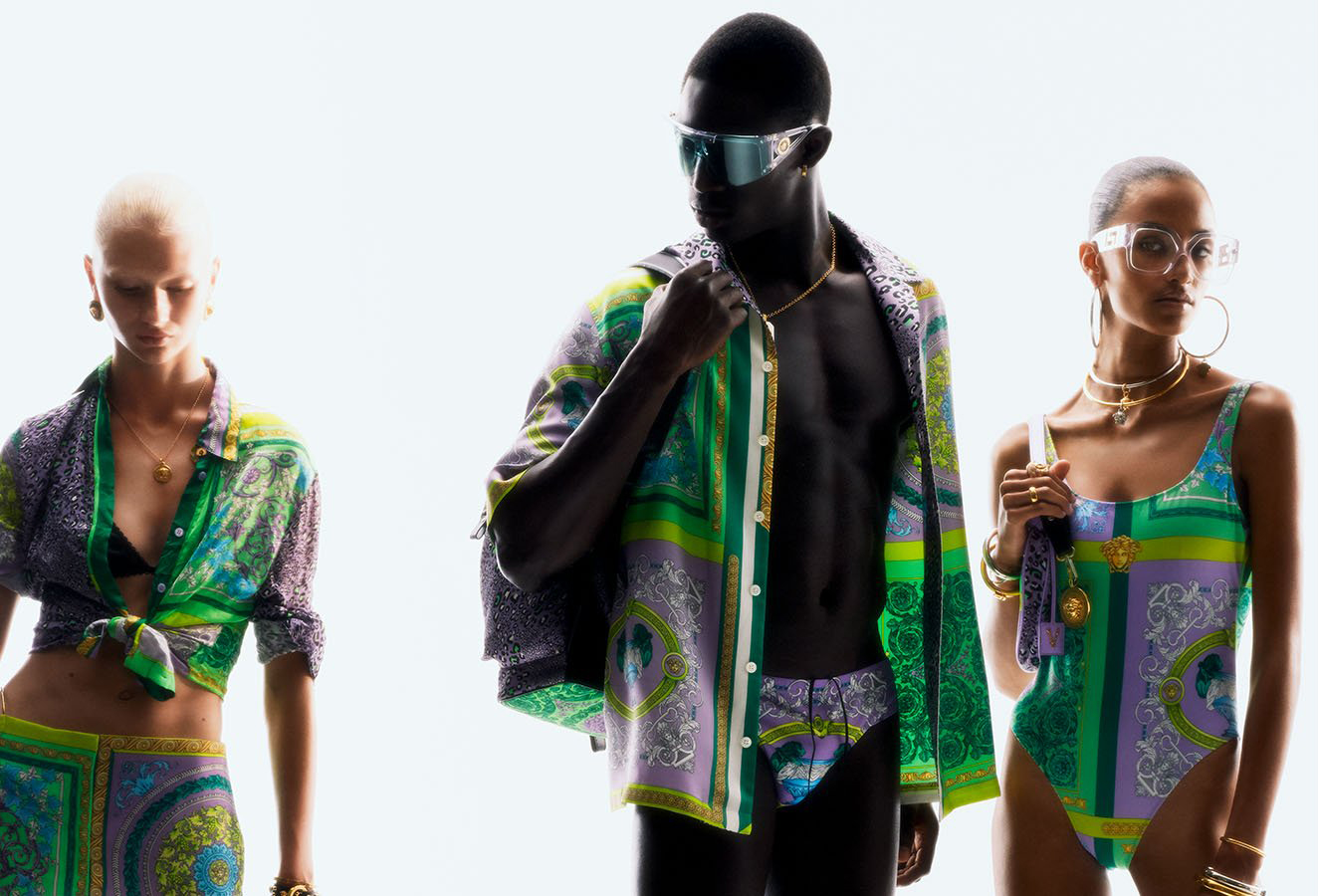 Versace celebrates their history with hip hop and looks forward to its bright future.

In a surprising and selfless move, the house’s Resort 2021 campaign is essentially a music video for British rapper AJ Tracey. The film sees Tracey perform his song “Step On” – which as yet appears to be unreleased – while clad in colorfully cohesive looks from the collection. He is accompanied by models Paco Diouf and Anok Yai, the latter of whom seems like the perfect muse. The film also features shots of an artist creating live pastel drawings of Tracey’s performance. It’s a cool mixture of music, fashion, dance, and art – the kind of combination that makes the music video a uniquely expressive medium.

Versace’s relationship with hip hop is as storied and colorful as their designs. The house’s bold, baroque-inspired prints harmonized with the flashy lifestyle that became mythologized through the persona of the rapper. When The Notorious B.I.G. wore a pair of Versace shades in his “One More Chance” video in 1995, he put the house on the cultural map. Since then, practically every big name in the game has had a Versace moment. This history is also closely related to the complicated origins of the streetwear phenomenon.

With its high-profile celebration of black artists and talents, this campaign feels like a very conscience and responsible way to use this legacy. AJ Tracey’s lyrics deal with the tension of being a young black man and being admired for having access to this glamorous hip hop lifestyle, while also still living in a world where the ideal of success stems from oppression and white supremacy. As the Black Lives Matter movement continues, much of the fashion world is dealing with a similar tension, asking what it means to champion inclusivity when it profits off of exclusivity.

This campaign goes far beyond the superficial diversity and tokenism which still plagues many, meaningfully giving a platform to an exciting young artist and doing it with style. Hopefully one day soon this kind of inclusion will not be something we need to point out and celebrate, but rather the norm where we can simply enjoy and share in the beauty of others. Until then, we are thankful to Versace for helping to lead the charge.