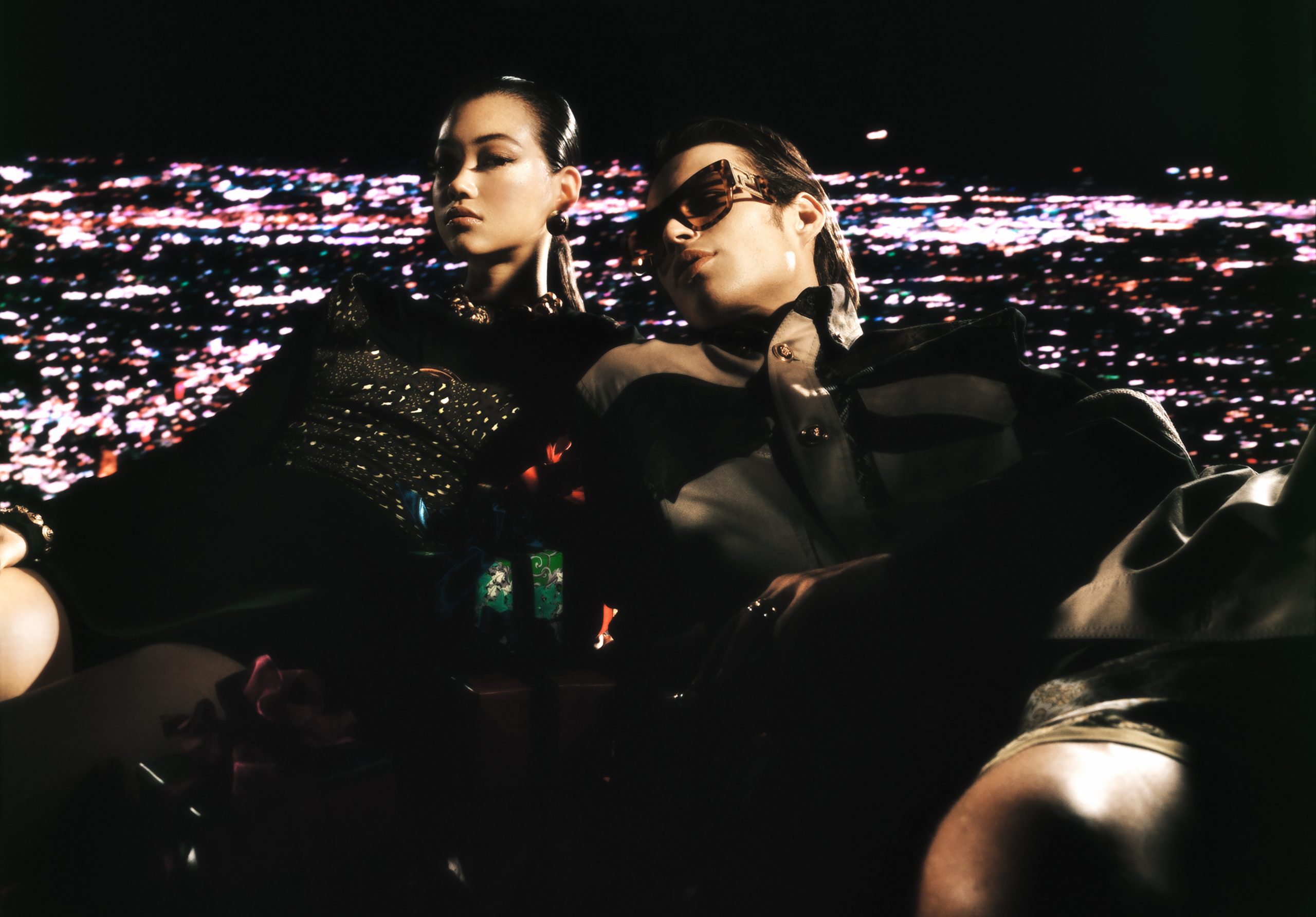 Versace has released a holiday ad campaign with photography by Arnaud Lajeunie and an all-star cast including supermodels Adut Akech and Irina Shayk, Nigerian singer/songwriter Runtown, up-and-coming model Mika Schneider, and American football player Biaggio Ali Walsh – who is also the grandson of the late boxer Mohammad Ali. Sleek and slickly produced like high-quality molded plastic, the ad campaign is a vaguely dystopian trifle with a road-trip-fantasy theme, which gains its strength from its diverse cast and a well-timed roll-out that smartly leverages their star power.

As most are probably already aware, Irina Shayk skyrocketed to fame with a Sports Illustrated photoshoot in 2011, and has remained in the spotlight due to her extensive modeling work and also a now-defunct, high-profile relationship with Actor/Director Bradley Cooper, with whom she has a young daughter.

The entire campaign cast is noteworthy, however in terms of the number of Instagram followers, Irina Shayk rules the roost at 14+ million strong. Subsequently, Shayk was tapped to send out a leggy teaser image two weeks ago, which was really just half of a photo showing her in a bikini by the pool lounging on top of a Versace bath robe.

She then released the full image right before the holiday campaign dropped, racking up 466,000 likes (and counting) in less than 3 days…just before the first ad campaign photo appeared on Versace’s Instagram channel, featuring Shayk and driving directly to the Versace-product-placement-bikini-pic. The bikini photo isn’t officially part of the campaign, and was probably shot by a different photographer altogether… but this is a great example of a brand and a star strategically cross-leveraging their collective media power. It’s too soon to know for sure, but Versace will likely dribble out the rest of the star-studded ad campaign and link them up to the other cast members; Adut Akech and Runtown have less Instagram followers, at 1 million and 26K respectively, but every click helps Versace reach a wider audience.

What about the ad campaign itself, you might ask? Similar to its positioning in the marketplace, the campaign is a strategic endeavor. It hits the requisite notes of expertly styled young glamazons living in a luxe fantasy world, immersed in the photographer Lajeunie’s trademark edgy futurism.

Lajeunie’s sense of color is a great fit for Versace, because when he is not shooting in black & white, he tends to favor flashy contrast and bold pops of color. The short film features an electronic soundtrack of heavy synths, capturing the ominous vibe of 2020’s zeitgeist, which lightens and brightens towards the end as the film pans to reveal a treasure-trove of holiday gifts, and a wind-blown pup who seems to be yearning to escape from the convertible. It is not the most heart-warming of holiday messages, but it serves its purpose.

The real take-away here is that the brand is deftly utilizing campaign assets, and also tapped a group of diverse and talented individuals who have merit and intrigue beyond their physical beauty. The campaign lacquers them up in a smooth veneer but it doesn’t dim their appeal.

The campaign simultaneously reinforces Versace’s legacy as a brand that is sexy, worldly, and colorful. Only those who track the future sales will know for sure, but from our perspective, the campaign has all the elements of a marketing job well done.