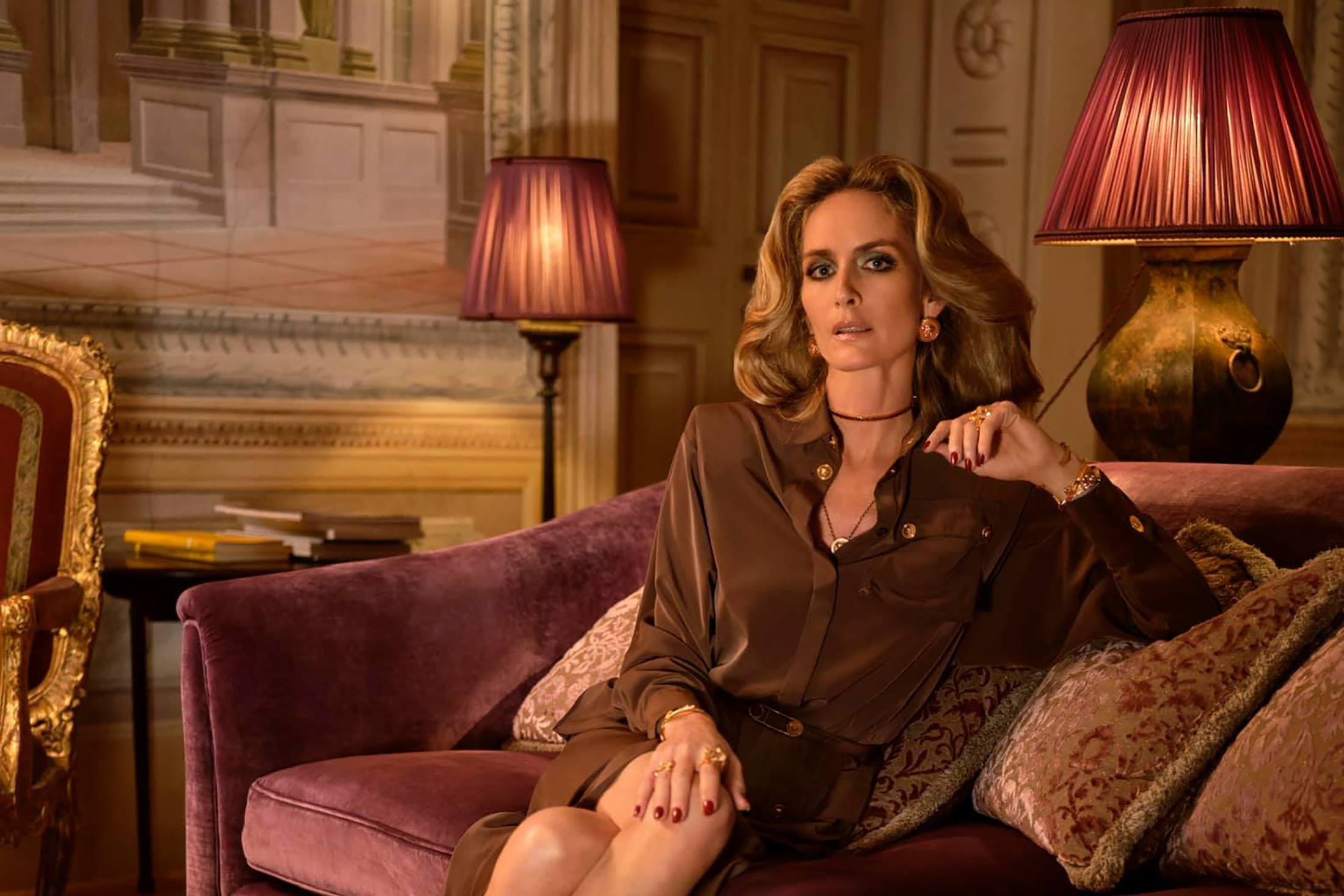 After twenty years, iconic model Georgina Grenville reprises her iconic role as The Matriarch in the latest campaign from Versace.

The model has a decades-long friendship with the house. She starred in their Fall 2000 campaign, where she first came into her role as the imposing and elegant mistress of a grand mansion on the shores of Lake Como. Captured by fashion photography mastermind Steven Meisel, the campaign was one of the house’s most notable and memorable campaigns, and still feels like a century-defining moment to this day.

Now the campaign is getting a much-deserved sequel in the form of a Pre-Fall 2020 campaign. Brilliantly conceived and realized by art director Ben Kelway, the film shows us what The Matriarch is up to 20 years later, and introduces us to her two daughters. She is leaving the Lake Como villa in their care for the weekend, so obviously the only thing for the girls to do is throw a party.

The film jumps back and forth in time, from the frantic morning cleanup to hazy but awesome memories of the night before to the Matriarch’s imminent arrival. Propulsive camera work and a cool synthesis of classical Italian elegance and neon-lit party vibes make the film a visual treat, while the iconically epic strings of Vivaldi’s “Winter” keep the tension high. The canine cameos of Audrey and Django Versace are a fun Easter egg.

Ben Kelway’s idea to leverage memory and modernize a character from the house’s past feels original and totally brilliant. It lends us the sense that Versace is not just a brand but an ongoing story, and it feels important that they honor their history yet know how to keep moving forward. These themes of memory and modernization are also smartly explored in the new film itself, and so the whole project becomes a fascinating exploration of history, timelessness, and change. As the generations wheel on, Versace is sure to keep putting out good ones. Here’s to the next two decades.