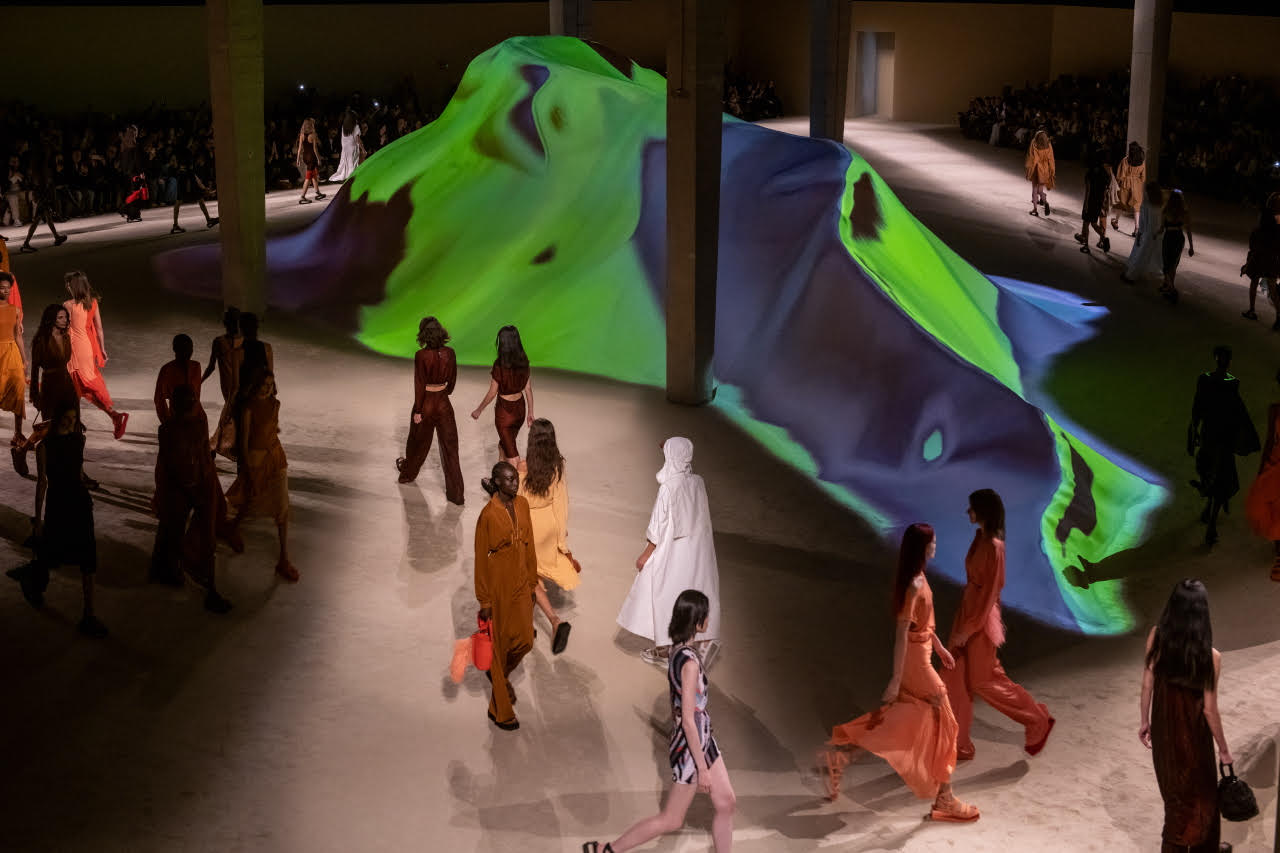 Led by founder and creative director Etienne Russo, production company Villa Eugenie impressively balances a huge sense of scale and production impact with an intimate consideration of how thoughtful details go a long way in communicating a brand identity. We saw this in their set design for the Spring 2023 season, which evinced a flare for the industrial and monolithic. Now into its 30th year of existence with offices in Brussels, New York, and Paris, the production company just opened its first office in Milan in June 2022 – and, considering the oversized impact of the shows it produced there, we can already see that the city’s fashion scene is benefitting from Villa Eugenie’s presence.

Set against the Milanese skyline, the staging of Boss’ star-studded show featured monumental globes of steel that let laser and light beams shine through to the runway. The motorcycling-inspired theme reflected the brand’s sporting heritage while setting the tone for the show’s gravity-defying stunt biking finale.

Similarly monumental, Villa Eugenie’s work with Moncler used the Piazza del Duomo at the heart of Milan as a stage for a stunning performance. Choreographed by artist Sadeck Berrabah, the special event starred prima ballerina Virna Toppi and a myriad of 1,952 performers (the number makes a nod to Moncler’s founding year) including models, dancers, musicians, and a choir. Moncler has always been about big production value, but the thoughtfulness in staging and level of performance here felt particularly meaningful.

Set among a specially constructed scaffolding-like stage that cleverly incorporated lighting into its labyrinthine industrial structure, the About You show subverted supermodel tradition with its reverse catwalk format that saw its models descend on the crowd from above, while the show’s bold energy was amplified by custom-made projections that added an ethereal touch.

For Hermès, Villa Eugenie imagined a rave in the desert, finding an appropriate setting for the collection’s adventurous spirit by combining sculpture, sound, and projection to create a psychedelic oasis. Meanwhile, at Givenchy, the house took a less-is-more approach in order to let the serene setting of Paris’ Jardin des Plantes work its charming magic.

Here’s a look at the fashion show production design from Villa Eugenie for the Spring 2023 runway season.