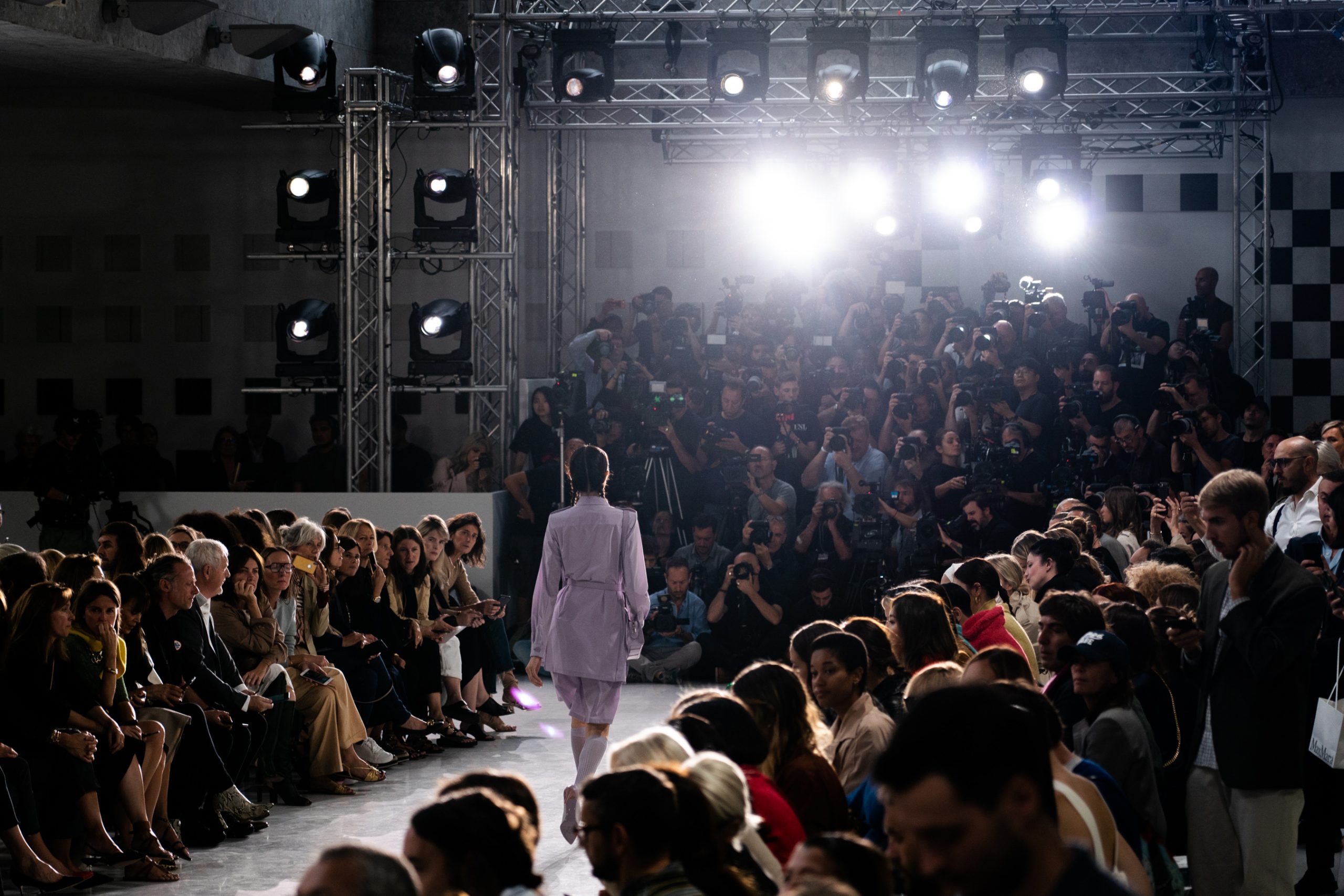 In the modern, digital-first world where new collections are live-streamed and can be bought online the instant they are unveiled, does the catwalk still make sense?

There seems something slightly archaic about the notion that the world’s fashion elites still trek across the globe to attend the various fashion weeks of Milan, Paris, London, and New York – not forgetting Pitti in Florence and the list of one-off events organized by designers at locations ranging from the Great Wall of China to Rio.

With fashion’s increased emphasis on sustainability, a lot has been done in recent years to address some of the industry’s more glaring and wasteful extravagances. Witness Burberry ending the practice of burning unsold goods, or Giorgio Armani launching his R-EA recycling initiative. How then do we balance the environmental impact of the endless treadmill of global Fashion Weeks? With Extinction Rebellion turning its focus on fashion’s carbon footprint, it seems timely to ask: does runway still matter?

It’s a question that Dylan Jones, Editor of British GQ and Chair (Menswear) of the British Fashion Council, takes seriously. ‘At the British Fashion Council we have spent a long time discussing how we might amalgamate the international fashion weeks, in order to simplify the way in which we all do business and to address the huge issue of sustainability,’ he admits. ‘However, it has proved to be a difficult topic of conversation, because obviously every fashion capital has its own ambitions, many of which are protectionist.’

While noting that ‘we are constantly looking at ways of improving the system’, the issue raises questions that we all need to address – including consumers – as Avril Mair, Fashion Director of UK Elle and Harper’s Bazaar, notes: ‘There’s no question that the fashion industry needs to get its house in order when it comes to sustainability and the environmental damage it does,’ she says. ‘I do think these are questions which are now being considered both by the luxury power players like LVMH and Kering – who are writing sustainability charters – but also consumers. There’s a great Westwood quote that I think we should all consider: “Buy less, choose well, make it last”. It needs a revolutionary mindset.’

But from a marketing perspective, what does the catwalk offer that can’t be delivered by other means? ‘Catwalk at its best is a piece of immersive theatre,’ says Mair. ‘It’s conveying a creative vision, using bodies, music, stage sets, lighting, atmosphere. Who could forget a Chanel show featuring an iceberg or the drama and emotion of McQueen?’ While she concedes that ‘Nobody “needs” luxury fashion’ in the most fundamental sense, she talks with a passion of how ‘the catwalk can seduce us, inspire us, awaken desire.’

It’s a theme that Jones warms too.

The catwalk is still the pivotal fashion show experience. It creates drama, it delivers content, it semaphores DNA.

But, rather than the slightly paradoxical situation of bloggers and social media influencers clamoring for ‘Frow’ access – wouldn’t it simply be better to bite the bullet and have shows live-streamed instead? ‘They can and they are,’ says Jones, ‘but they do not always replace the live experience.’

So does all the drama, the theatricality and the media attention outweigh the massive carbon footprint that it comes with? Perhaps we are looking at this question the wrong way round. Instead, perhaps we should be asking what the effect would be for local economies and the industry as a whole if, say, London Fashion Week was simply canceled? ‘If LFW were canceled it would completely destabilize the British fashion industry,’ says Jones, ‘because those designers who need the week to show their wares (and never let us forget that all fashion weeks are basically trade shows) would no longer have an international platform, with all the associated press and media.’

‘It would be a disaster,’ adds Mair. ‘Aside from business reasons for the designers who show their collections to buyers and press, it’s a creative incubator for talent who go on to lead the industry. This is what London is known for and why students from every corner of the world want to study at Central St Martins or the Royal College of Art. You don’t get the same sense of freedom and chaos and magic in Milan or even Paris.’

As for the wider question of why we need runway shows anywhere, Mair is unequivocal.

It’s curious how people discuss canceling fashion months, like it’s a frivolous thing, but would never say the same about sporting tournaments, the film industry or F1. Every consumer industry puts on its own trade shows.It’s business, pure and simple.

The challenge we should be posing, perhaps, is: how can brands evolve their catwalk shows so that they are as cost-efficient and carbon-neutral as possible, whilst staying relevant and capturing imagination? Fashion may not have all the answers yet, but at least it now knows what the questions are…