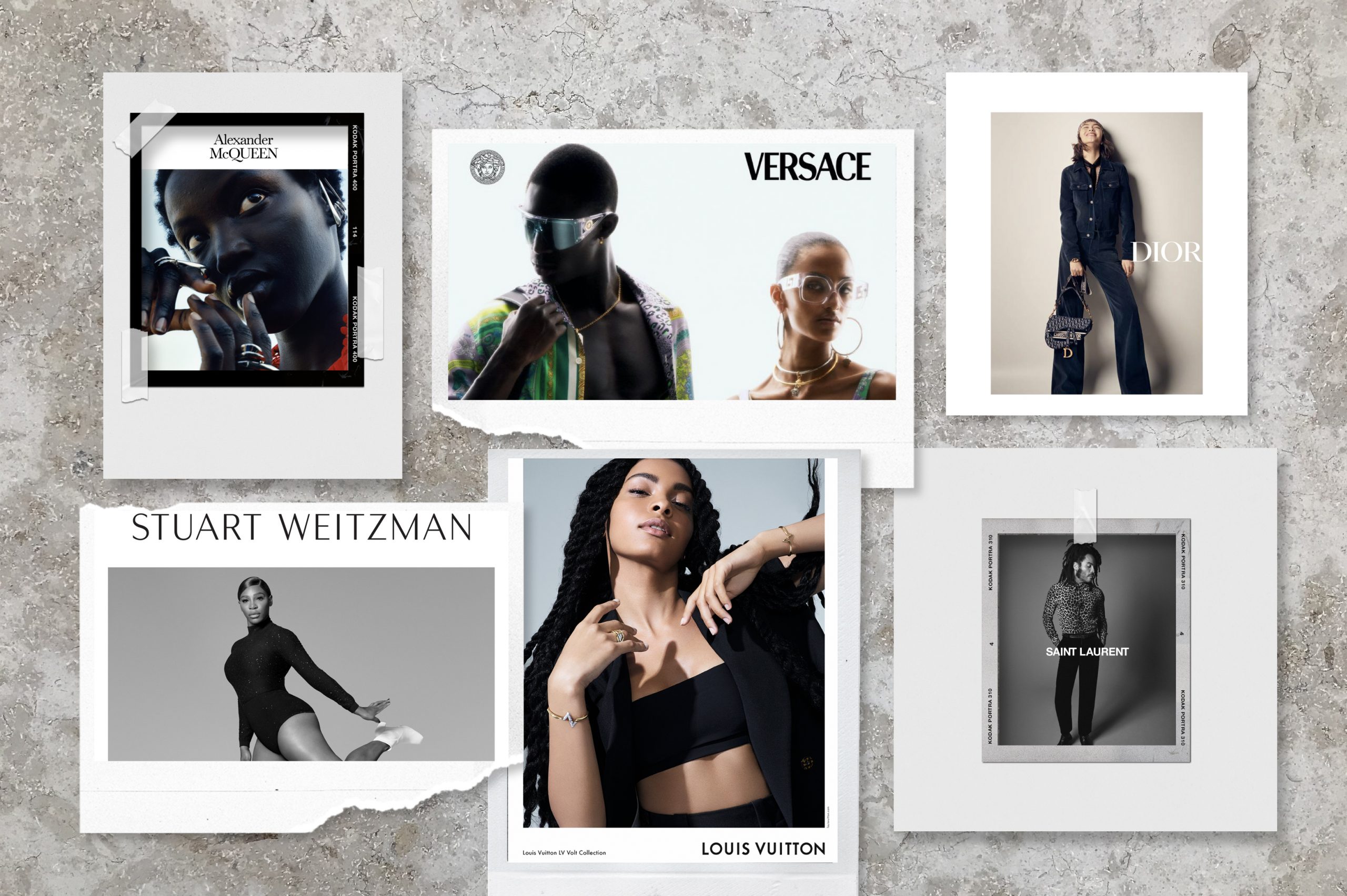 Why We Can No Longer Separate Race From Marketing

You may dismiss it as tokenism, but showing the diverse face of your brand is the first step in the systemic change we all need to make.

It’s noticeable that fashion advertising campaigns since the summer have featured more – and sometimes even 100% – models from Black, Asian or Mixed Ethnic backgrounds. Cynics may see this as a case of closing the stable door not only after the horse has bolted but left the farm altogether. But perhaps now isn’t the time for cynicism.

Yes, by changing the skin color of the models in your ads, there is a danger of being accused of tokenism or virtue signalling rather than addressing more deeper-rooted and systemic problems. But that isn’t a reason not to do it: simply that it’s the first step in trying to redress the balance, not the end goal.

One (non white) casting director we spoke to – who preferred not to be named – highlighted the issue in disarmingly basic terms. ‘Look – people are asking me to cast Black and Asian models, when they didn’t necessarily before. And I’m glad about that. It means they acknowledge there’s a perception problem with their brand. But for me, the real problem is – who are the people talking to me and commissioning these ads? The vast majority of them are still white.

Until the racial make-up of the people calling the shots starts to change, you’re really just papering over the cracks, rather than addressing the real problem with diversity in the industry.’

In these cases, it’s easy of course to point the finger – to accuse high-profile individuals and brands of not doing enough. Instead, let’s look at some positives. Amongst the current campaigns, one of the highlights has been Ralph Lauren’s pictures of racially diverse families on the catwalk (including a 4-page print gatefold that opened British Vogue’s ‘Activism’ issue). Ralph Lauren has a proud history of championing inclusivity and multiplicity in its visual interpretations of the American Dream. Given that the brand’s sartorial roots lie in a preppy (and, let’s face it, WASP-y) Ivy League look, it’s refreshing to see the conscious steps it has historically made to ensure the faces representing the brand aren’t all white. Dating back to the high-profile use of Tyson Beckford as lead model in the 1990s, Ralph Lauren has always presented the all-American ideal as one that isn’t dominated by white culture.

Again – we are talking surface level aesthetics here. Real change isn’t made through who you put on your billboards (however much of a symbolic signifier that may be in terms of a brand’s culture) – what really matters is who you have in your boardroom; who greets the customers in the store; who manages those stores; and how they interact with customers of different backgrounds. And here, there are plenty of high-profile instances over the years where Ralph Lauren has been found lacking. An infamous 2002 report in the Wall Street Journal identified numerous anecdotal cases (most of them dating back to the late 90s, but several more contemporary) of African American and other non-white staff being belittled, passed over for promotion and more.

I don’t mention these examples to rake over old coals – and Ralph Lauren are certainly far from unique in being accused of racial insensitivity in the workplace. (And, even in the WSJ article, the writer took pains to point out that Ralph Lauren himself took personal responsibility in addressing and investigating these incidents, making it clear to his management that he found them unacceptable.) Instead, let’s look at how, from Mr. Lauren down, the company has dealt with discrimination. In one word, it has been unequivocal.

In the light of the recent Black Lives Matter protests, Ralph Lauren didn’t just run an inclusive ad campaign (as Mr. Lauren himself would point out, his company has been doing that since well into the last century). No: it also issued a series of powerful statements across all social media channels, signed by Lauren alongside his CEO, Patrice Louvet. ‘To our Black and African American colleagues and people of color in our Company – we hear you, we stand with you, and we commit to do better by you,’ it began, going on to promise ‘action today, tomorrow, and into a better future.’

Words, of course, are easy. But Ralph Lauren has backed up its promises with a defined list of commitments and brand values – under headings including ‘Hold Our Network Accountable’, ‘Educate’ and ‘Facilitate Dialogue’. From identifying and addressing unconscious bias to publicly disclosing the racial and ethnic make-up of its employee base – and committing to ‘elevating more Black and African American colleagues as well as other people of color into our leadership ranks’, it is a clear, unambiguous manifesto for change that serves as a template for the industry as a whole. Most importantly, it is the antithesis of a whitewash (if you’ll pardon the expression – particularly apt here). Ralph Lauren could easily take the simple way out – by pointing to its billboards and ad campaigns and saying they’re part of the solution, not the problem.

It takes far more bravery to hold one’s hands up and admit you still have a lot to learn, however hard you may have been trying.

‘At Ralph Lauren, we have always felt that part of our Company’s purpose is to inspire dreams,’ the statement continues. ‘You cannot dream without hope. Racial injustice and inequality are the enemies of hope.’ Citing the deaths of George Floyd, Breonna Taylor and Ahmaud Arbery, Mr. Lauren concludes:

That’s how to lead a brand in the 21st century. That’s how to market yourself to your audience. More than that: that’s how to be a human being. We stand by Mr. Lauren’s admirable words. It is on all of us to ensure we’re part of the solution, not part of the problem.