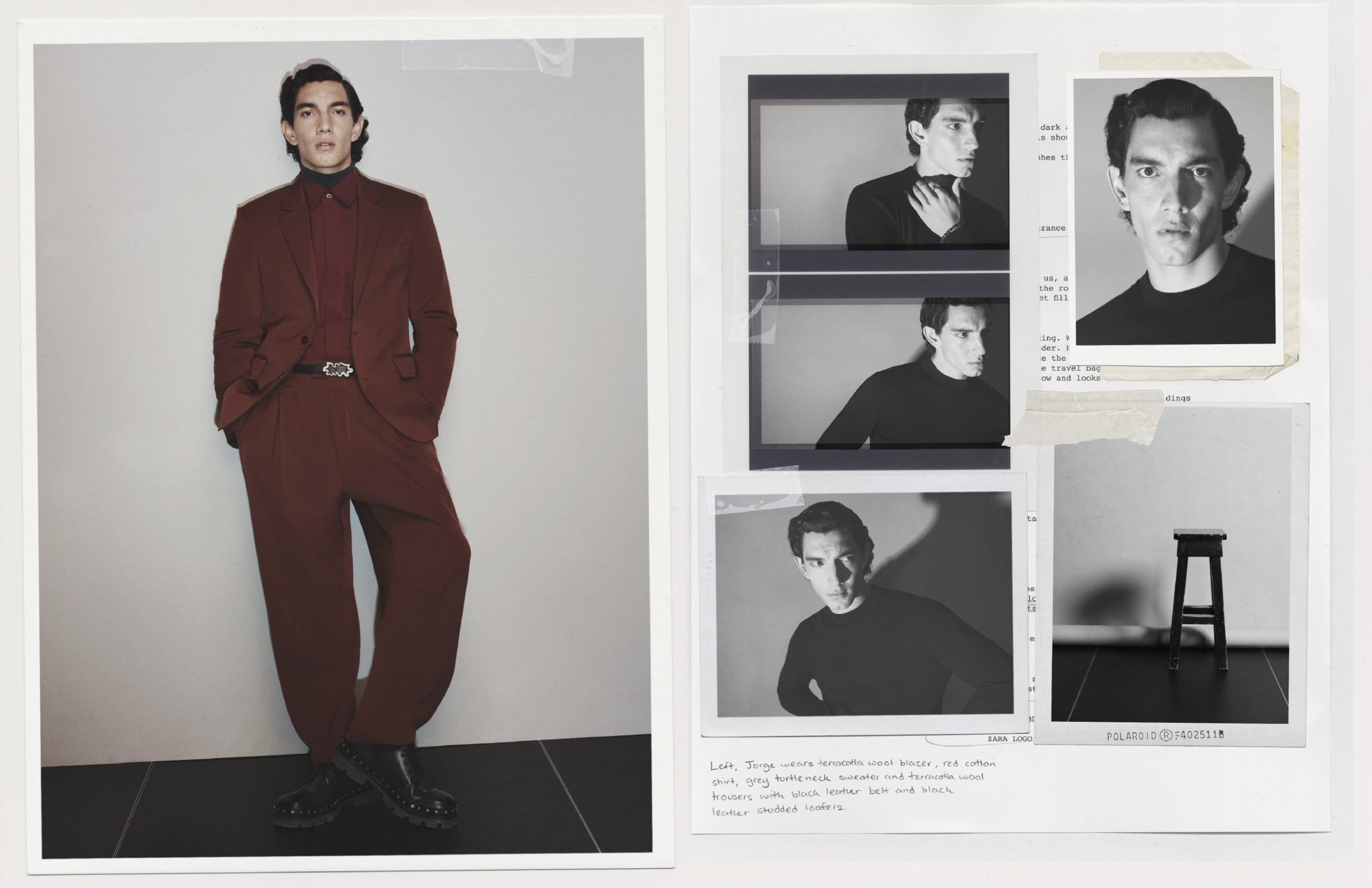 The film campaign is comprised of four vignettes that follow four distinct men who have stayed in the same hotel room at different times: a brash bad boy who’s getting noise complaints from having too much fun, an action hero on the run from his pursuers, a guy about to make a monumental decision on whether to reconnect with an old lover and a quiet loner… who may be an alien.

Though there are voices and sounds from other characters, none of the stars themselves actually speak, but they instead manage to communicate the emotional and narrative beats through impressive physical acting and body language, while the production team does strong work in communicating atmosphere and the passage of time through beautiful lighting shifts.

Zara continues to make smart moves by working with a top-tier director like Fabien Baron, who has an incredible ability to transform styling into an entire visual world. Though the campaign doesn’t offer too much originality or newness in terms of concept or visuals, its production and visual execution is very well done, and it’s an impressive exercise in pulling diverse narrative and character out of a single, simple space.

The approach emphasizes Zara’s design strength, which – like room 31 – offers simple pieces that can be taken in many directions, can be filled with personality.