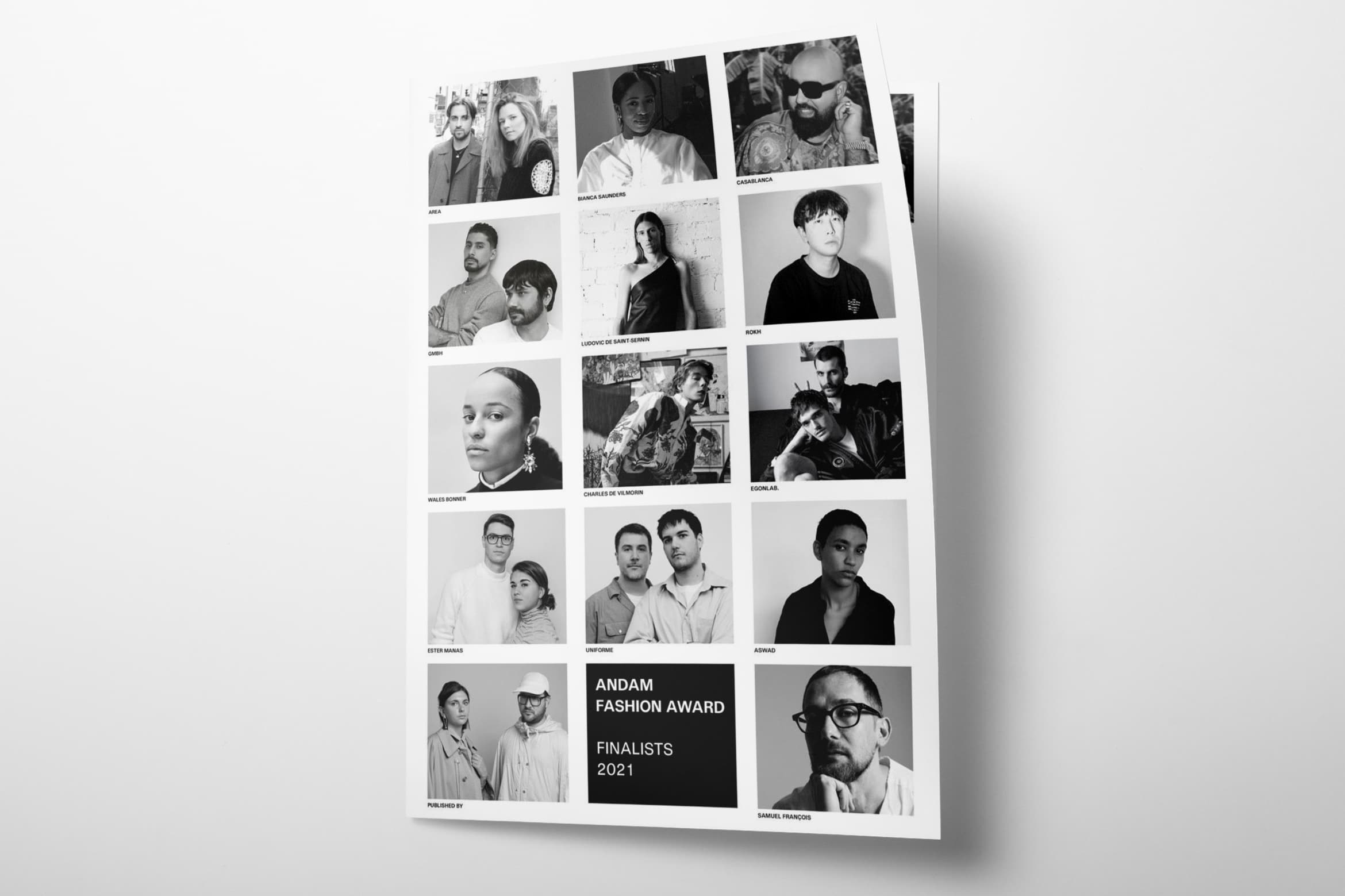 The ANDAM Fashion Awards has selected the 14 finalists for 2021. This year’s candidates include of-the-moment designers such as GmgH, Ludovid de Saint-Sernin, and Serhat Işık and Benjamin Huseb. Competitors will present their final project to the judges panel on July 1st, who will then announce the winners – including the recipient of a Grand Prize totaling 300k€.

The internationally recognized award, celebrating young talent, allows submissions from designers of any nationality, however they must own a French company or be willing to establish a business in France. Seven finalists will compete for the Grand Prize of 300k€, and a one-year mentorship with Balenciaga CEO Cédric Charbit. Four will compete for the Pierce Berg Prize of 100k€, and a year-long mentorship with Sophie Delafontaine of Longchamp. Three candidates will vie for the Accessories Prize, 50k€ and a mentorship with Swarovski’s Creative Director, Giovanna Engelbert.

Competitors for the Grand Prize face stiff competition. London-based Wales Bonner was the winner of the 2016 LVMH Prize for Young Designers, and the design duo of GmbH, Serhat Işık and Benjamin Huseby, were recently named creative directors of Trussardi. AREA is known for its Swarovski adorned designs. Bianca Saunders produces avant-garde couture menswear. The menswear line Casablanca has already entered an ongoing partnership with New Balance. Ludovic de Saint Sernin makes unisex creations without one gender in mind. And lastly, Rokh’s designs are more along the lines of conceptual art. The nominees and prizes break down as follows:

Nominees for the Accessories Prize, 50k€