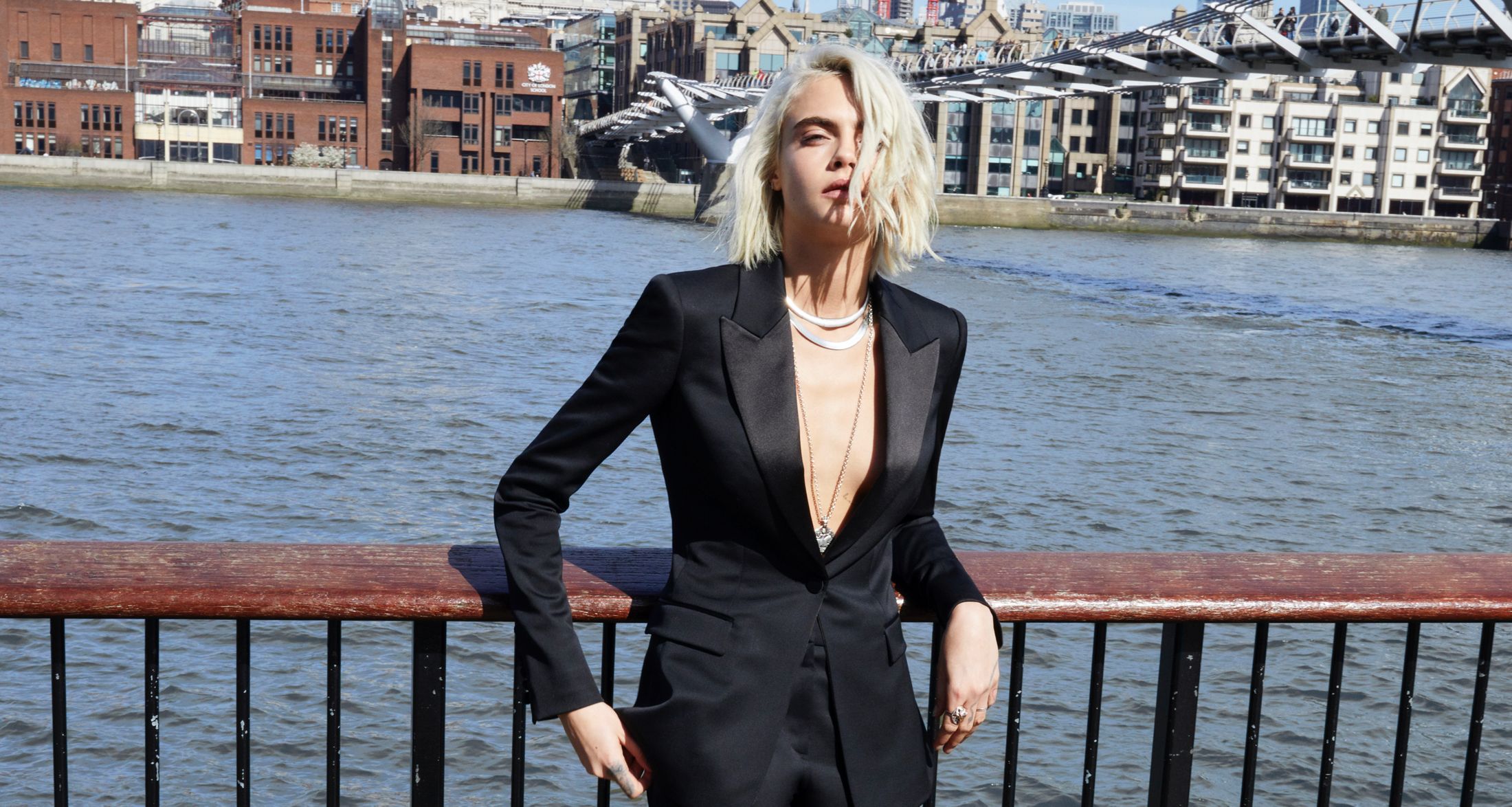 'Her' Fragrance Campaign by Juergen Teller

While Burberry Creative Director Riccardo Tisci has launched a B Bounce video game today live on the Burberry.com site, the beauty division has been bouncing around since May with a campaign featuring Cara Delevingne by Juergen Teller. While the spring notes arrived earlier in the year, the fall note of ‘Intense’ just showed up with an ad and campaign film.

Teller is one of fashion’s most divisive photographers as many find his rawness too similar in feel to that of amateur work despite his clear control of the medium, but here his look and art direction, especially in the video, gives Burberry a freshness that separates it from fellow beauty campaigns. Part of the charm is Delevingne herself whose devil-may-care attitude has gone from contentious rebel to soft wink. Part of it is the art direction which pairs stills of the sent elements with Teller’s images.

Delevingne lends her voice to the film belting out Maybe It’s Because I’m A Londoner, a London folk anthem written by Hubert Gregg, which last was a hit by Davy Jones (pre The Monkees).

Overall the feel is sweet and the because of the art direction there is almost a scent in the images that resinate while studying them which as we all know it’s an easy feat.